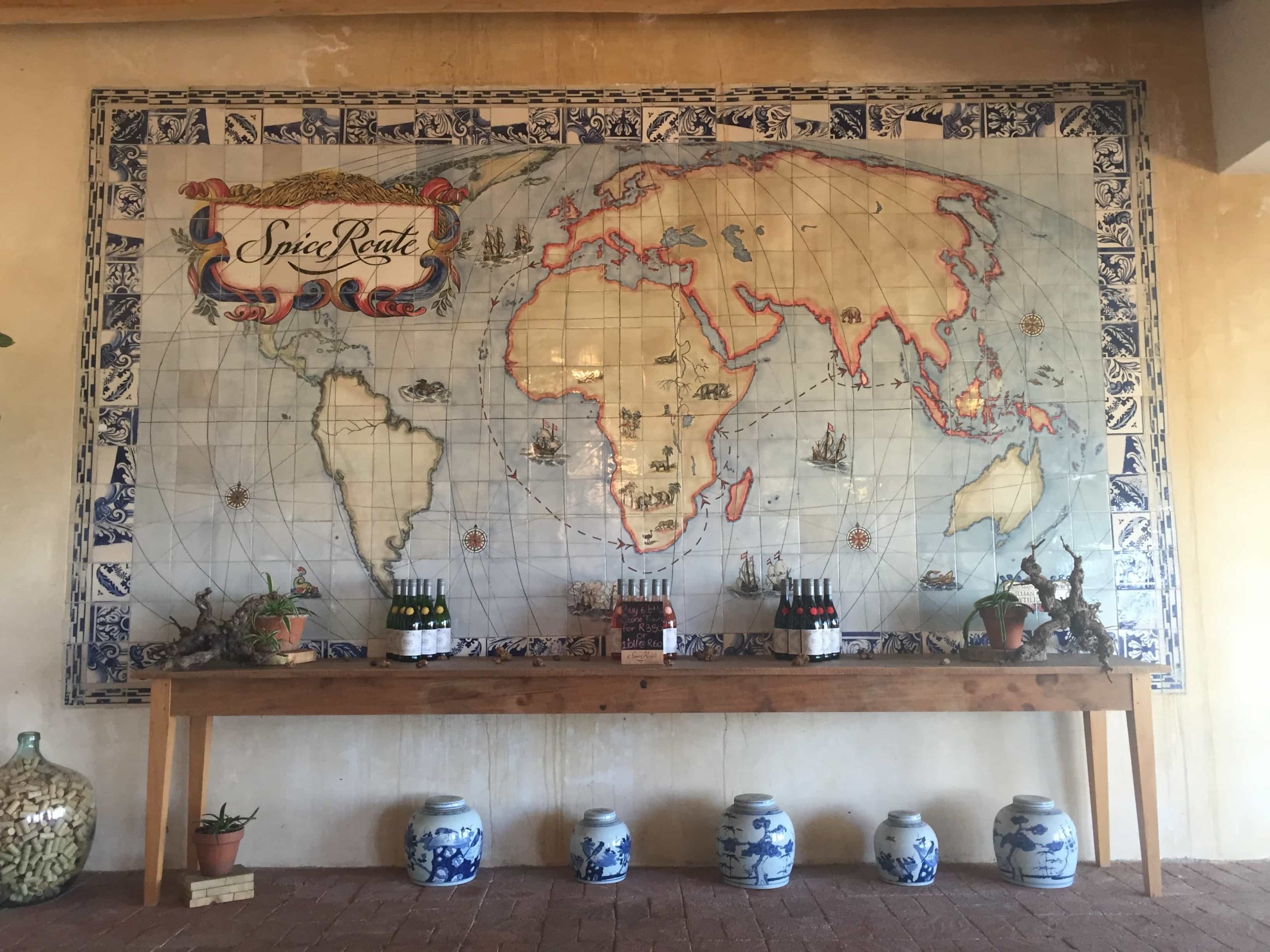 Sugar and Spice is Twice as Nice

It was the shortest of drives from Fairview Wines to the Spice Route Winery, between sister wineries owned by Charles Black. Unusually for a Cape vineyard, there was no elegant, sweeping, white-washed gated entrance but merely an entry warning/disclaimer notice in the vineyard beside the road rising to the winery on the hillside. The vines didn’t even belong to the Spice Route either, more on that later. 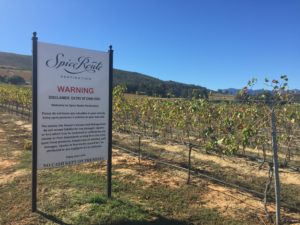 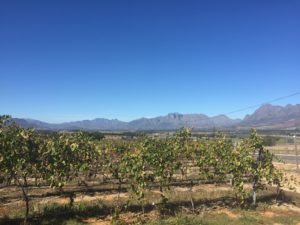 The original spice routes wouldn’t have had signs either as they were the network of sea routes than linked the East with the West. Also known as the Maritime Silk Roads, the sailors brought precious spices such as cinnamon and cassia from Japan, through the islands of Indonesia, around India to the Middle East and across the Mediterranean to Europe. Ivory, silk, metals, precious gemstones and porcelains were traded too. The names are reflected in some of the wines too: Saffron and Malabar. 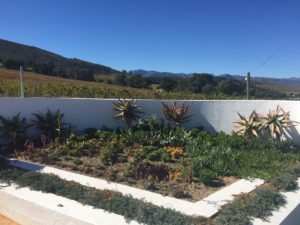 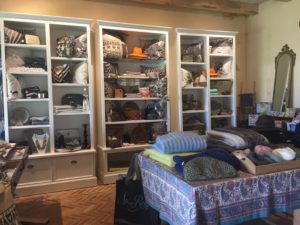 It was back in the late 1990s that Charles Back stumbled on a tank of Sauvignon Blanc in a Swartland cooperative. The quality was such that he did not believe it was from the Swartland, a region then not known for its fine wines and certainly not (as a warm area) for Sauvignon Blanc. The experience led him to Amoskuil, a derelict tobacco farm and home to South Africa’s oldest block of Sauvignon Blanc, bush vines that were planted in 1965. He bought the farm and, with the help of winemaker Eben Sadie, set up the cellar and planted new vines. 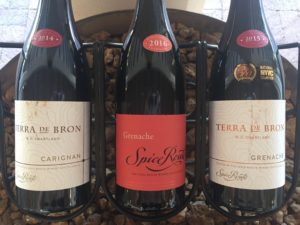 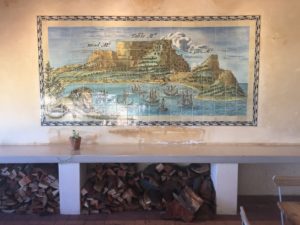 Today, barely a quarter of the land is under vine (90 hectares out of 400 hectares). The grapes are not irrigated and grown as dryland bush vines on the Koffieklip, Oakleaf, Malmesbury Shale and Duplex soils. The rolling hills are just 4 kilometres from the Atlantic Ocean with a climate characterised by cold wet winters, when most of the rainfall occurs, and hot, dry summers when water is scarcer. The vineyards I drove through on my arrival at the Spice Route belong instead to Fairview as Charles Back did not want the 2 wine farms to compete. Ten cultivars are grown, including many lesser known ones such as Roussanne, Viognier, Carignan, Petite Sirah, Tannat and Sousão. 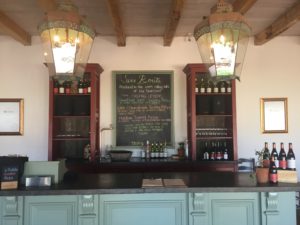 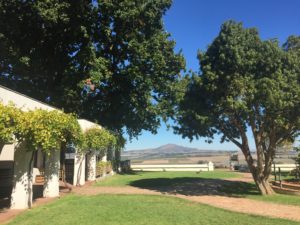 The Tasting Room is but one of many attractions at the busy winery. Its elevated position offers glorious views South-West to the Simonsberg Mountains. The Tasting Room is open fronted with comfortable seating, tables on the lawn outside, and decorations that include tiled maps of the Spice Routes and ancient Table Bay. A nice touch was the spittoons that were made from magnum wine bottles cut in half. I remembered the winery from a visit many years ago and before I formed the Cape Wine Lovers’ Society. 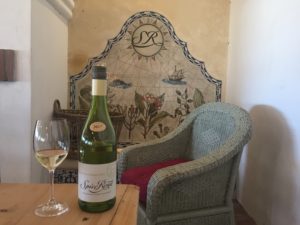 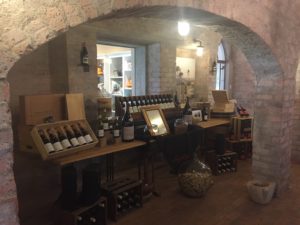 Natasha was my tasting host who guided me through the tasting options or ‘journeys’. I chose the basic Swartland Wine Journey (R50 for 5 wines). I could have chosen the Wine & Charcuterie Journey (R85 for 4 wines and cured meats with fresh fruit) or tasted the flagship Malabar red blend (R40). I chose to taste the flagship Amos Block Sauvignon Blanc first. The shiny wine was green in colour and character with notes of fresh lime, grapefruit, bitter lemon and green melon. The freshness showed in a youthful acidity that was almost too bright for my taste. 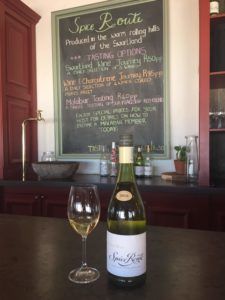 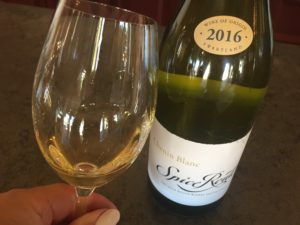 In contrast, the Chenin Blanc was more rounded and better balanced. Grapes from 2 pickings are fermented in stainless steel and oak before being blended together to make for another lively wine. It showed aromatic, forward notes of warmer, honeyed lemon, greengage, gooseberry, guava, kiwi and litchi. I liked how the aromas followed through to the palate that was smooth and creamy in texture and with a decent finish. 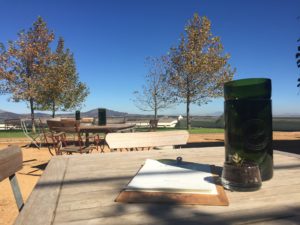 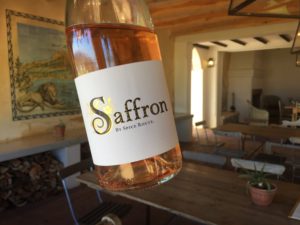 The Grenache Rosé was a pricey R142 per bottle, unusually high for the style. The colour intrigued too, being neither pink nor true salmon but towards copper to onion skin. The ‘serious rosé’, as Natasha described it, showed a good intensity of strawberry, white cherry and raspberry flavours. This gave a red wine taste that complemented the clean dry and refreshing palate. The wine was good but so are many in the R50 to R100 bracket. The rosé would have had to be exceptional to warrant the R142 price tag. 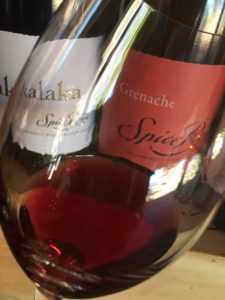 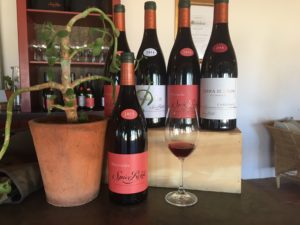 The Grenache wine was the lightest red of the tasting and my favourite. Grenache can be thought of as a bolder Pinot Noir with higher fruit, body, tannin and alcohol though less acidity. This wine showed a moderate intensity of red cherry, cranberry and white pepper spiciness, with good balance and intensity on the palate and a decent finish. 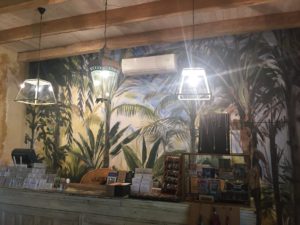 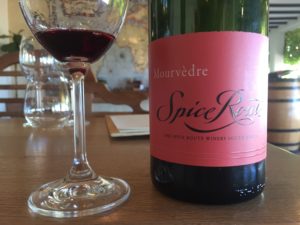 I chose next the Mourvèdre, a cultivar with greater body, tannin and acidity than Grenache but less fruitiness. It was fuller in medium ruby colour and full of warm fruity red fruits – red plum, cherry, mulberry and raspberry – that showed good intensity. Soft spiciness on the nose gave way to a savoury palate complete with fine, well balanced tannins that will improve with ageing. 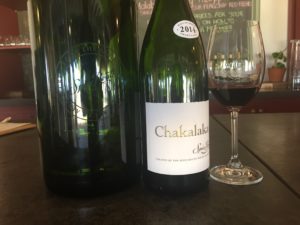 I ended with the Chakalaka, a Shiraz-led red blend of 6 cultivars, and one of the most popular Spice Route wines. I learned that chakalaka is Zulu for ‘togetherness’ – hence the name for the blend – which surprisingly I did not know beforehand. The full bodied wine showed the ruby to purple colour of Shiraz. Blends often give added complexity on the nose or they may confuse. This wine was the latter with obvious red to dark fruit aromas that were not easy to distinguish further. The wine was lighter in mouthfeel than I expected, showing its youth on the palate with tannins that need time to round off their rough edges. 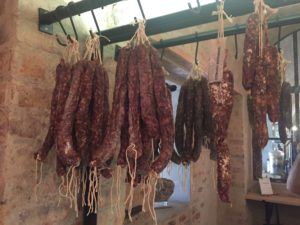 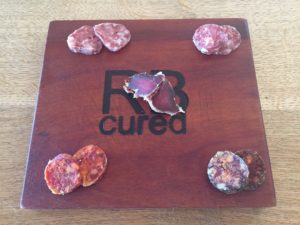 I explored the other Spice Route attractions before leaving: the shop, the charcuterie, the restaurant, the distillery, the ice cream shop and café, as well as the artisan chocolaterie. I sampled a plate of 5 delicious meats (R35) from the Richard Bosman charcuterie: French white sauçisson; truffle salami with garlic and black pepper; pork fillet, cured and lightly smoked with paprika; Spanish chorizo, made with chilli, paprika, red wine and fennel seed; and Diablo, spicy with chilli, paprika and pepper. 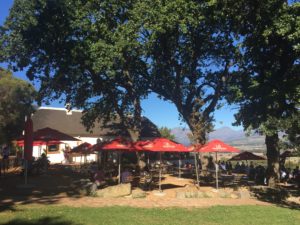 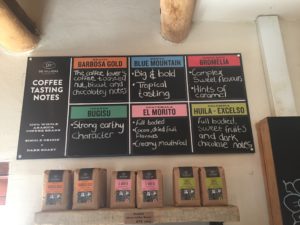 Lastly, I bought a selection of artisan chocolate bars for my partner from the chocolate shop that is home to one of the few ‘bean to bar’ micro chocolatiers in the world. I could not resist an ice cream tasting too (R60) for a pre-selection of banoffee, salted caramel crunch, raspberry crumble, chocolate brownie and cookies and cream. 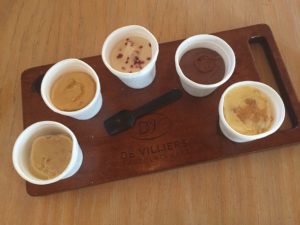 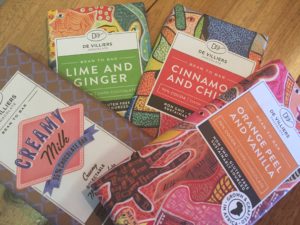 The Spice Route offers many other attractions – a deli, craft brewery, glass blowing studio and art gallery too – which means that it would be easy to spend an entire day at the winery. The range of artisan producers fits in well with Charles Back’s vision of providing an ‘overall experience’ for ‘local and international tourists’ and visitors. The wines were decently made and it was a surprise, given the location just outside Paarl, to find that the grapes come from the Swartland. The hand of Charles Back in making a strong brand, at neighbouring Fairview too, clearly shows and the two wine farms complement each other. Visit the Spice Route and Fairview together and you will be guaranteed a fun day out as well as some interesting and varied wines. 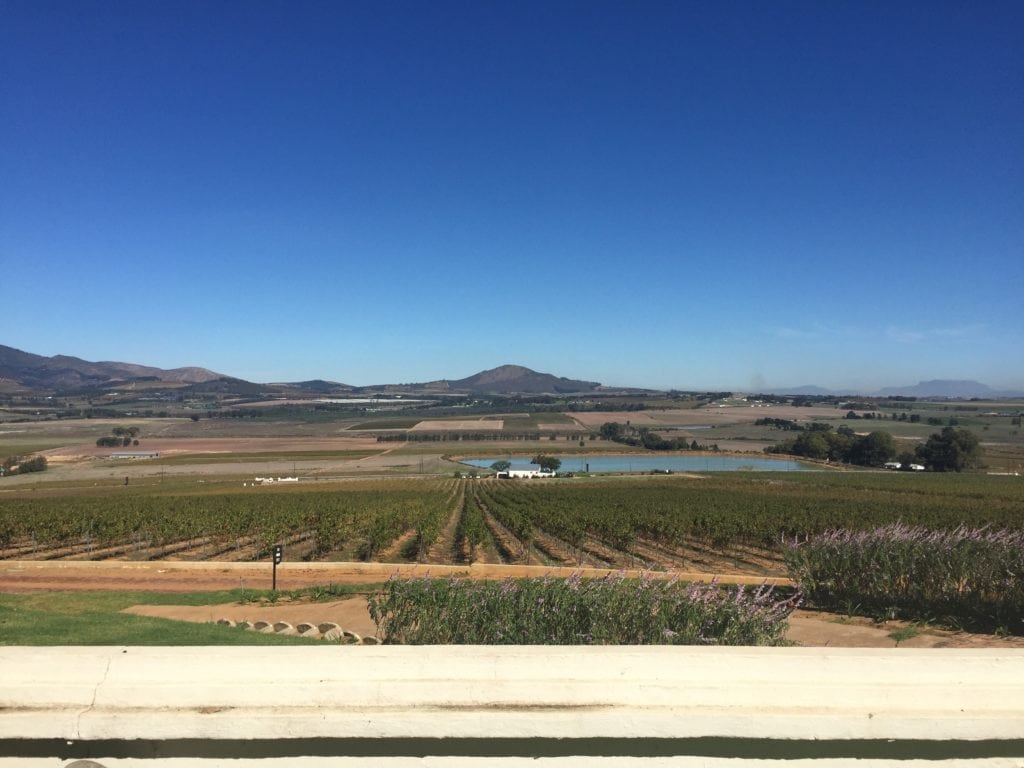