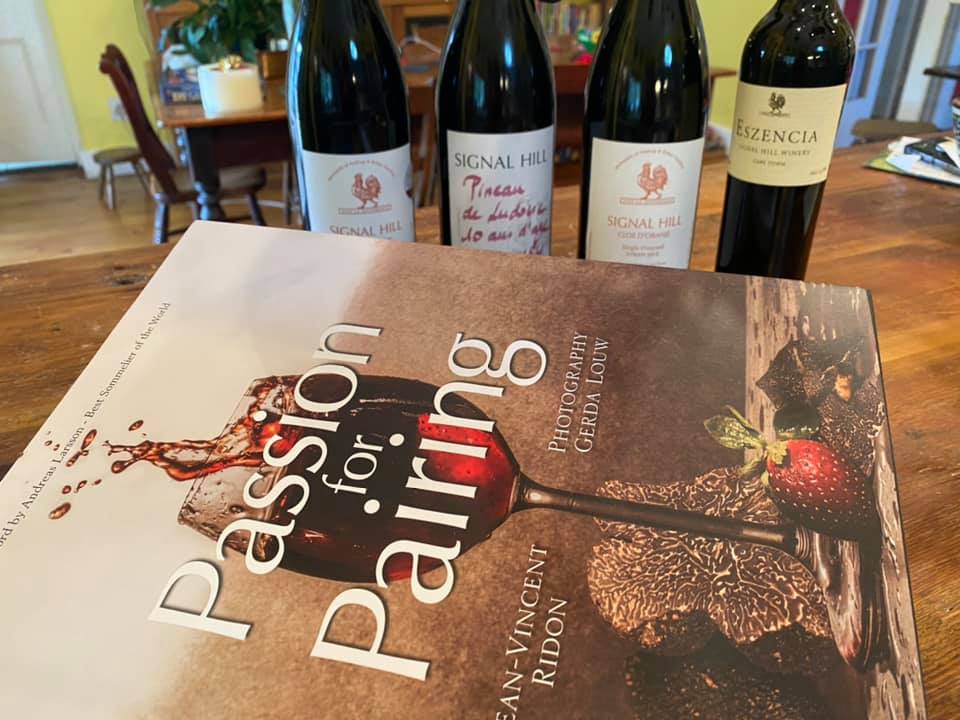 Galileo, the Italian astronomer and physicist, stated that ‘Passion is the genesis of genius’. Although a scientist, he would no doubt have had an opinion on food and wine. After all, they embrace both science and art. Food and wine are made for each other. So too are wine and learning. Learning and passion are indivisible. Passion and pairing couple well also. Thus, ‘Passion for Pairing’, the title of this excellent book, speaks loudly. It matters not whether you are an advocate of the traditional school of ‘horizontal pairing’ – which gives equal importance to both food and the wine on the basis that both complement each other with similar ‘likeness’ – or one of the rebels who believe in so-called ‘vertical pairing’, in which either the food or the wine has the upper hand, as pairing is better based on ‘contrast’, with the rationale that ‘opposites attract’. Or, indeed, whether you consider both or neither. Food and wine and passion equally fit – they harmoniously balance – whether on the plate or on the palate.

Moreover, having tended his vineyards as well as learned from and tasted his wines, it is indisputable that passion and Jean-Vincent Ridon exquisitely pair. ‘JV’, as he is known to his friends, is a remarkable man and a genius. Read the Preface of ‘Passion for Pairing’ and you will discover that has been inter alia a sommelier, a wine-broker, a chef and restaurateur, a retail wine merchant, a wine importer and distributor, cellar master and winemaker, vineyard ‘owner’ and viticulturalist, and educator. Extensive as this list is, JV’s modesty precludes mention of entrepreneur, consultant, strategist, mentor, judge of many alcoholic and non-alcoholic beverages, bon viveur, innovator, (dare I say) rebel and – now – author.

Born in Crozes-Hermitage in the largest appellation of the Northern Rhône, France, JV was brought up in the right country for a sommelier with an emerging passion for food and drink. From paternal and maternal grandparents who not only loved wine but also cooked for an extended family, to Catholic upbringing, to buying his first wine at the tender age of 10 years old (beginning, like the rest of us, with a sweet wine – a Manzabillac from South-West France), it comes as no surprise that JV’s career path has moved and developed as it has. The ‘flying sommelier’ has lived and worked in many countries – France, the United States and Belgium – whilst making wine in Turkey and elsewhere. I can well relate to the arrival in Cape Town and the ‘few days to decide that this was where I wanted to spend the rest of my days’.  It took me a weekend in 2010 to make that decision; for JV it was in early 1996 and soon after the first democratic elections in 1994.

The lengthy Preface usefully sets the scene for the rest of the book as it well articulates why JV has become the enthusiastic sommelier that he is. He is one of the most experienced and most knowledgeable of South Africa’s wine experts. I like how he explains his passion for good service in the hospitality industry, born of the high standards in Europe and North America. The Preface firmly establishes JV’s authority and credibility, together with the raisin d’être for writing the book. The desire for human contact – away from the technical, theoretical aspects of winemaking – is very real. I have huge respect too for how he has put his passion and beliefs into action to assist others by being an early contributor to the South African Sommelier Association and founder of the Sommeliers’ Academy. The stereotype of the surly French waiter could not be further from the truth.

‘Passion for Pairing’ is an impressive tome for a first foray into writing a book. The glossy hardback stretches to 248 pages and is sumptuously illustrated by artist and photographer Gerda Louw. Each page is a visual feast that makes one want to reach for a glass of the wine in the photograph. Gerda’s passion for art and photography clearly matches – or should I say, pairs – with JV’s passion for food and wine. Each of the 7 Chapters takes the reader on a journey through a rich and mouth-watering meal: from Fish to Shellfish, to Game and Meat, to Vegetarian, to Cheese, and to Dessert. The cuisine is decidedly South African: kabeljou, snoek, kreef, abalone, waterbuck, kudu, springbok, apricot atchar, chakalaka, pap, boerewors, bobotie, waterblommetjie, bunny chow, Cape Malay, butternut, gruberg cheese, malva pudding, koesister and koeksister. Sixteen famous chefs tantalise with the fine dining creations and add their twist and ingenuity to the many traditional South African dishes.

JV curates each dish with dexterity and all the practical knowledge that an experienced, top sommelier brings. The food comes alive with snippets of information about the history behind the particular type of fish or cut of meat, or origin of cheese, or dessert. Little did I know before that koesister and koeksister are not the same though I, as many, use the words interchangeably. Koesister is Cape Malay and different to the fluffier and spicier Dutch koeksister. Every item of food is paired with a specific beverage. I liked how these included not only wine but lager from Limpopo, India Pale Ale from Paarl, Dunkel beer from Rustenburg, and Weiss beer from Newlands in Cape Town.

The wine list is impressive to say the least. It covers every style from sherry apéritif to brandy digestif, with sparkling Cap Classique, white, rosé, red, dessert and fortified in between. The wines are all South African. There are the big and well-known wines and brands – Graham Beck Cap Classique, Kanonkop Pinotage, Meerlust Rubicon, De Wetshof Chardonnay, Ken Forrester the FMC, and Vin de Constance from Klein Constantia – but not exclusively so. JV has sensibly included representation from every major wine-growing region: Stellenbosch and Franschhoek; the Swartland; Paarl and Wellington; Tulbagh and Wolseley; Robertson; the Cederberg; and cooler Constantia, Elgin, and Walker Bay. No favouritism is offered either to grape variety, whether red or white. The noble varieties deserve their own mention of course, notably Sauvignon Blanc, Chardonnay, Riesling, Cabernet Sauvignon, Merlot and Pinot Noir. There is the well-known Chenin Blanc (Steen), Shiraz, Pinotage, and Cabernet Franc too, together with another 20 minority cultivars that include inter alia Sémillon, Gewürztraminer, Muscat, Malbec, Mourvèdre and Nebbiolo. The inclusion of such a wide range of region and cultivar and style must have been no easy task. I salute the inventiveness and creativity to cover such a wide portion of South Africa’s wine industry within the food pairing context.

‘Passion for Pairing’ comes into its own with the thinking and theory behind each food and wine pairing. This is where the sommelier expertise and approach make this book unique. JV explains in layman’s terms how the characteristics of each wine or food counterbalances heat and spiciness, sweet and savoury, saltiness and astringency, tanginess and sweetness, texture and complexity, and more besides. The commentary fascinates to show a rare depth of understanding. Each wine has its own Serving Suggestion for temperature and shape of glass to show it off at its absolute best. There is an alternate pairing too – a foreign wine – that highlights yet more JV’s encyclopaedic wine knowledge.

Mention should be made too of the sections after the Preface that cover the history of food and wine in South Africa, of the Sommellerie, and Pairing Guidelines. It seems barely believable now that 20 years ago there were virtually no restaurants in the wine estates of the Cape Winelands, given the excellence of fine dining opportunities that now exist. The history of food and wine in the Cape is another story, with humble beginnings of Khoi and San peoples and long before the first wine was made in the Cape early in 1659. The rest, as they say, is history with all the influences of the French Huguenots, the Dutch and the British. It is perhaps no surprise that Cape Town is regularly voted one of the best food cities in the world.

I enjoyed reading a definitive account of the definition, role, and skills of a sommelier. The sommelier is so much more than a glorified wine waiter, with skills that extend to all beverages as well as food. JV traces their origins to the shamans of the First Peoples and, no doubt, had the Khoi and the San in mind within the South African context. I did not know that the ancient Egyptians brewed beer to purify the dirty water of the Nile but was aware of the role of the Church and monasteries in vine-growing and winemaking. I was fascinated to learn that the modern sommelier stems from the ‘échanson’ – akin to the royal food-tasters of the Middle Ages – aided by a ‘soumelier’ who tended to the luggage of the Court. The role of the sommelier in wine developed only at the end of the 18th Century. It was not until 200 years later, in 2014, that the identity of the sommelier was agreed at international level.

JV sensibly is not too prescriptive about food and wine pairing in ‘Passion for Pairing’. The standard rules of thumb about ‘red with red’ or ‘white with white’ are far too generalised and take little account of the complexity of the dominant, secondary, and other elements of a dish. I am sure JV is right to state how fundamentally important his background as a chef is to his skills as a sommelier. He is right too to draw attention to the serving temperature of a wine. Did you know, for example, that cold temperatures enhance the perception of acidity or tannin in a wine whilst warmer temperatures emphasise roundness and the bouquet of a wine?

I digress but such is the rich and tasty information within the writing. Allow me to return to the Introduction of ‘Passion for Pairing’ in which JV legitimately tackles the so-what question: ‘Is it relevant?’, he asks, to write a book on food pairing. His extensive experience in the kitchen, front of house, the vineyard and the cellar certainly answer the question, ‘What do I have to contribute?’ as his background give him a unique position and perspective in South Africa. I completely agree with his analysis of the gap between the chefs in the kitchen and staffs in the restaurant. One does not have to watch many episodes of chef Gordon Ramsay’s ‘Kitchen Nightmares’ from 15 years ago to realise that. ‘Passion for Pairing’ takes a useful, informative, and relevant step seriously to close the gap. Consequently, the book will appeal not only to sommeliers but also to wine enthusiasts, foodies, chefs, restaurateurs and many more besides. It is so much more than a coffee table book as it has real practical advice and information. JV, rightly, has resisted the temptation to include individual recipes in the book, even though there were moments when I wished he had. To have done so would have detracted from the very focus on pairing is his purpose.

In sum, I highly recommend ‘Passion for Pairing’ which, given the depth of research and glossy content, is well worth the cover price. I shall certainly be paying much more attention to pairing in the kitchen at home and whilst eating out in future. Merci beaucoup, genius JV, santé et bon appétit! 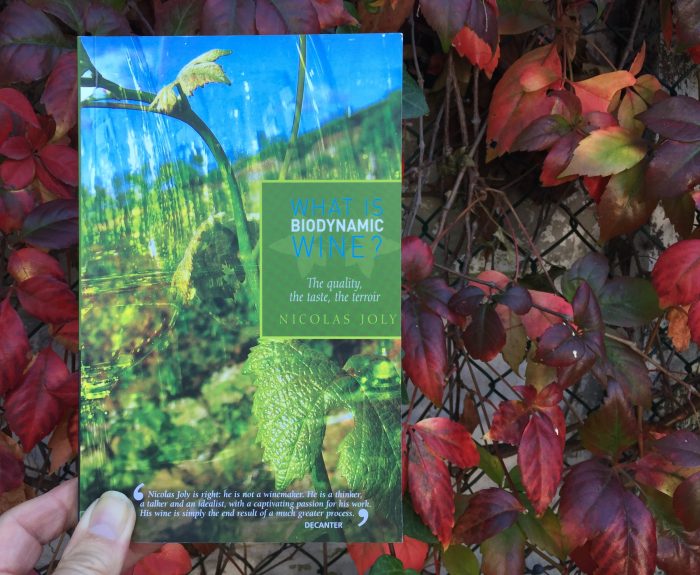 Book Review – You are What You Drink … 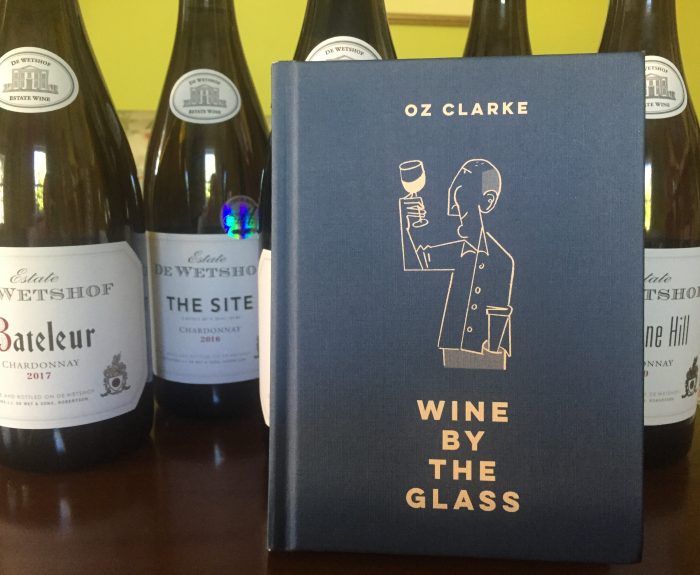 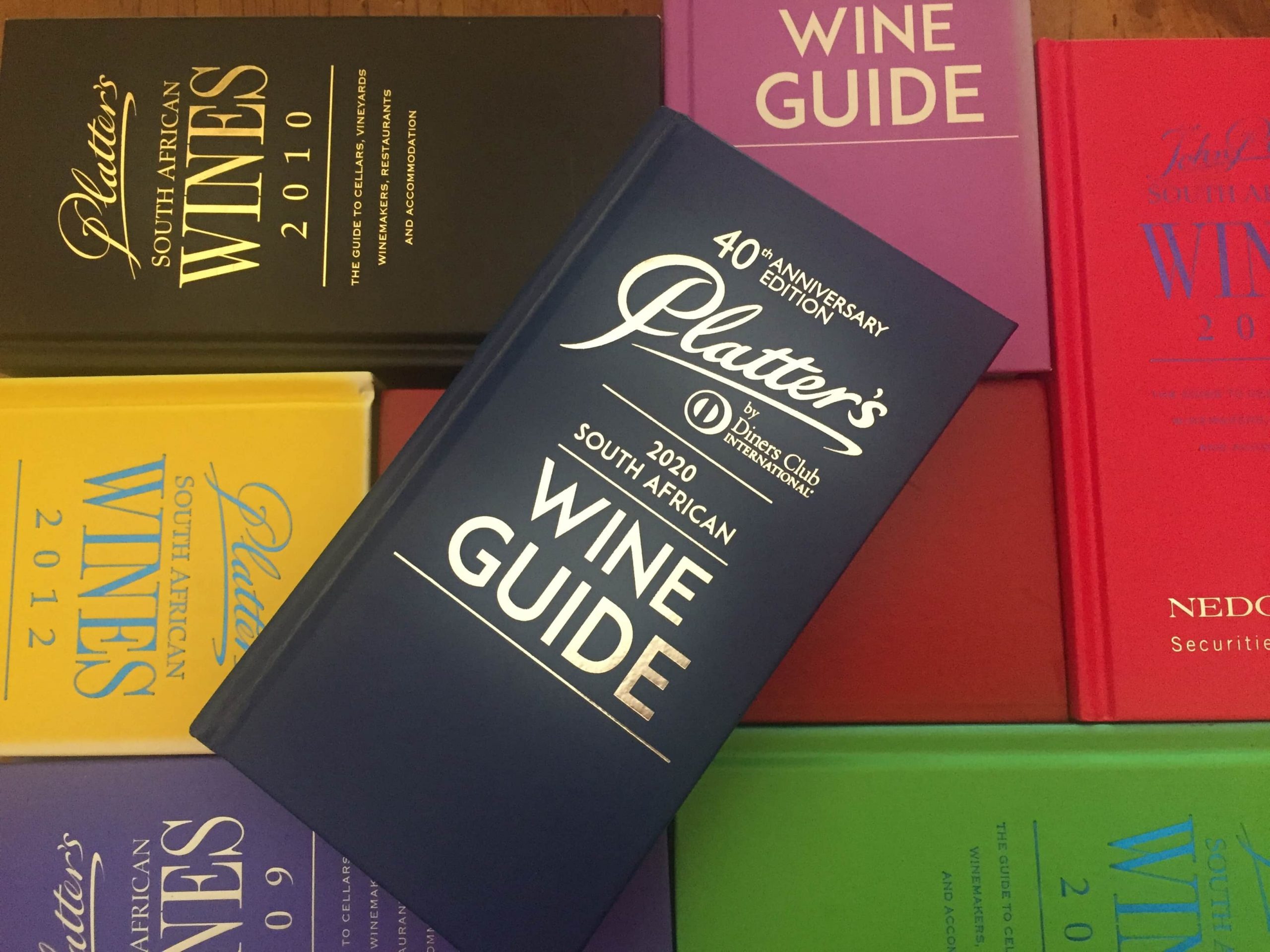