DeWaal Sits Atop the Pinotage Hill 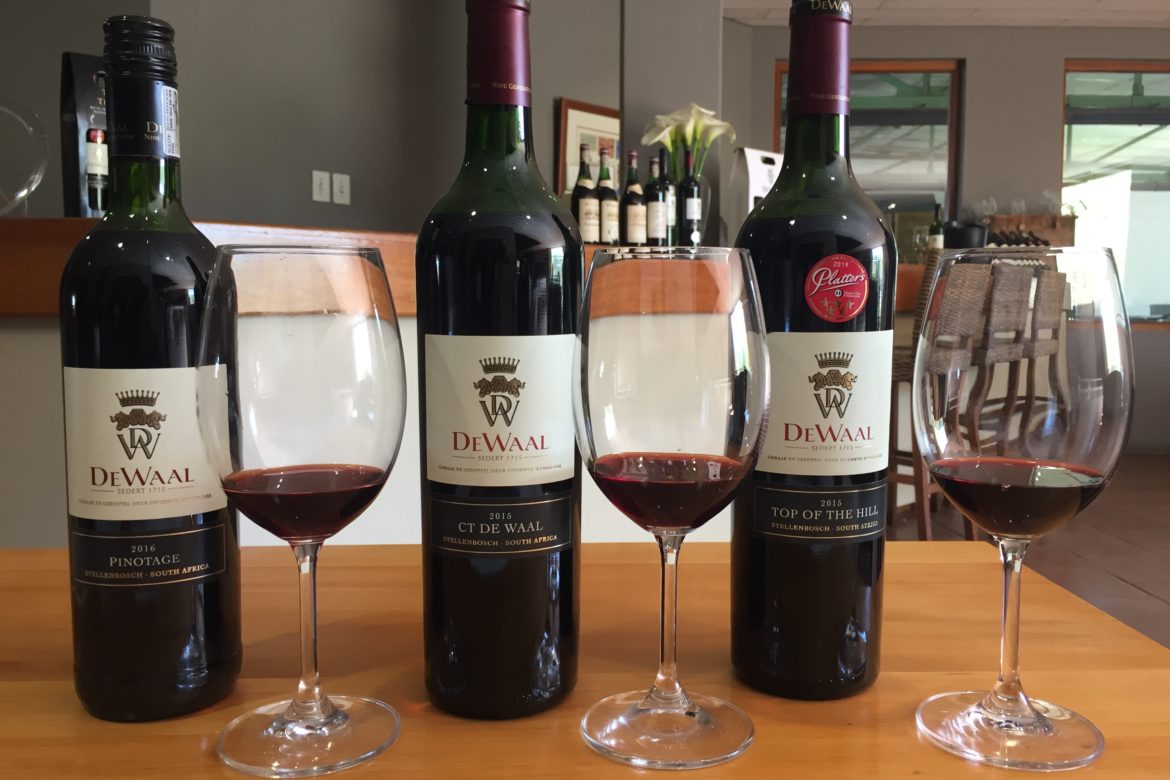 De Waal, branded as DeWaal, lies at the end of the cool Stellenbosch Kloof Valley to the South-West of Stellenbosch. It is a familiar tasting area for me. Turn off by Lovane close to the R310/M12 fork and head past Overgaauw but be careful to take the right fork or you will end up at Super Single Vineyards, Jordan Wine Estate and DeMorgenzon. The road threads its way through vineyards on open gentle slopes before one is welcomed by the estate sign that claims DeWaal has the oldest Pinotage vineyard in the world. More on that later. 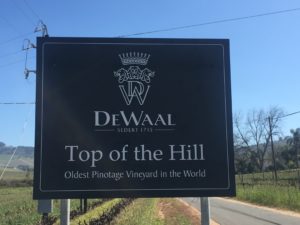 DeWaal was established in 1682 by Simon van der Stel and was once part of a larger Langverwacht/Zevenwacht landholding in Kuilsriver. The history pre-dates the wine estate with family roots of house building in Bree Street and Bo-Kaap, Cape Town that date back to Jan der Waal in 1752. Think, for example, of De Waal drive leading out of the city and the De Waal Park that was established in 1881. It was shortly before, in 1864, that Adriaan de Waal acquired the land only to find tin beneath the surface. He acquired the mining rights which led to a sizeable increase in value of the farm. Later, he sold the farm and divided the sale proceeds between himself and his children. Tielman de Waal acquired Uiterwyk which was later divided into 2 parts: one part was given to eldest son, Pieter; the other section is known as DeMorgenzon and Jordan (who, incidentally, make a Syrah called The Prospector to reflect the tin discovered beneath the gravel during the 1800s Gold Rush). 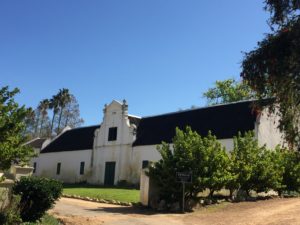 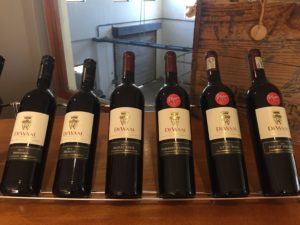 The historic legacy is immediately apparent on parking outside the Tasting Venue that is surrounded by the whitewashed, thatch-roofed Cape Dutch Manor House and previous Cellar built in 1798 and 1791, respectively. The present Cellar Building and tastefully, open yet comfortable, decorated Tasting Room was built in 1971. Helga was my attentive and knowledgeable host (R50 for any 5 white and red wines from the Young Vines and Middle Ranges; R100 for any 5 wines, to include the Premium wines). I chose a selection of both. 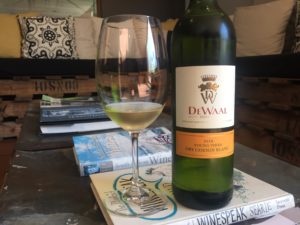 Intriguingly, given the current vogue for old vines and bush vines, DeWaal produces a value for money range of Sauvignon Blanc, Chenin Blanc, Merlot and Shiraz made from young vines. There is a minority school of thought that considers that vine stress is integral to the quality and concentrated fruits of old (bush) vines, and that young vines possess much of the same character as they first produce their grapes. This argument tends to refer to vines that are 5 to 8 years old. I sampled the Young Vines Chenin Blanc made with vines that were 10 to 15 years old. The unwooded wine was pale and shiny in appearance with a good intensity on the nose despite being served cold. Fresh lemon, lime, guava, fennel and white honey notes gave way to more tropical fruits are the wine warmed in the glass. The intensity was less on the palate which showed above average acidity and medium length. 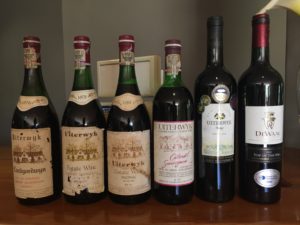 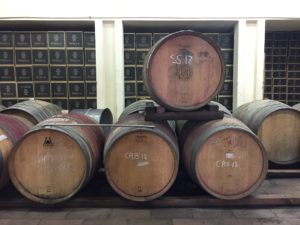 DeWaal makes equal amount of white and red wines from 120 hectares of the 160-hectare property. The wine is made by the 9th generation of the De Waal family: 4 generations in Cape Town and Constantia, followed by 5 generations on Uiterwyk. The winemaking remains very much a family business. Current owner Pieter manages the business whilst brothers Chris and Daniël make the white and red wines. White and red wines may be made in same quantity, but it is the red wines – and particularly Pinotage – that De Waal is known for. I tasted 3 beside each other that had a good price split (R110, R375 and R700) to be able to assess their character and quality. 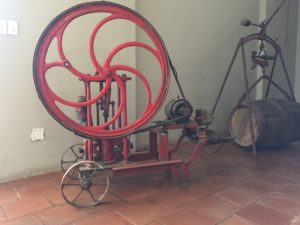 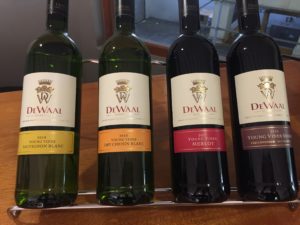 The entry Pinotage, of 2016 vintage, was made from the youngest vines. These were 15 to 20 years old and trellised with the grapes picked early to make for a lighter style wine with a slight lower alcohol (12.5%). The wine was medium bodied with a pale ruby appearance marked with a purple tinge. Red and dark fruit aromas showed in the nose, of plum, cherry and redcurrant with some aromatic spiciness. Smoky bacon and leather flavours emerged on the palate to balance the fruits and medium tannins for a light style of wine. 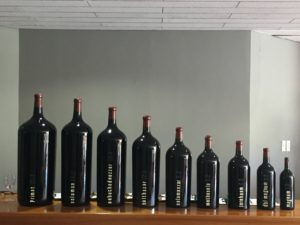 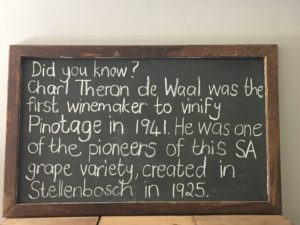 I preferred the CT De Waal Pinotage that was a step up in quality. CT De Waal was the second oldest son of Adriaan De Waal and one of the pioneers of Pinotage. Unable to follow his wish to become a winemaker (in those days, you had to own a farm), he went into academia as a Lecturer at the University of Stellenbosch. It was there that he met the viticulturalist, Professor Abraham Perold who crossed Pinot Noir with Hermitage (Cinsault) in 1925 to create Pinotage. Sixteen years later, in 1941, there were enough grapes to make the first experimental barrel of wine which was made by CT De Waal. The wine with his name was richer and more voluptuous in style and made from grapes from 40 to 45-year-old bush vines, matured for 12 months in 20% new French oak. The Pinotage showed a greater intensity of warmer (but not overripe) darker fruits than the first wine. I liked the complexity of plum, dark cherry, mulberry, nutmeg and cinnamon aromas. The wine was less intense at first on the palate than I expected, albeit growing in the mouth, that was well balanced with rounded tannins, the fruits and 13.5% alcohol to give an elegant wine. 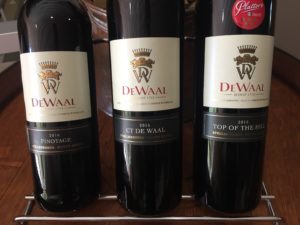 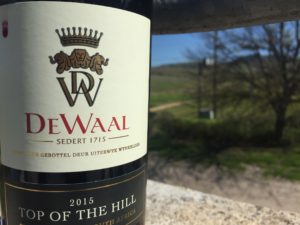 The signature Top of The Hill block of Pinotage was planted by Danie De Waal and his brother in 1950, just 9 years after CT made the first experimental wine. Whilst not the first vineyard to be planted, the 1 hectare of 69-year-old bush vines are the oldest in existence today. The brothers were cautious about replacing precious Cabernet Sauvignon and Shiraz and so planted the Pinotage on an open piece of land on top of a small hill, not knowing at the time that the medium to poor fertility sandy soils with their underlying deep clay were ideal for the variety. The location is 250 metres above sea level – the coolest on the farm – with the grapes picked early to avoid unwanted juicy banana and acetone flavours. This was the best of the 3 Pinotage and my favourite wine of the tasting. The Top of the Hill was the deepest ruby in colour and the fullest in body. It has the most complex nose, aided by 18 months maturation in 80% new French oak, with notes of more black than red plum, mulberry and bramble with slightly floral pepper spice undertones. The wine was decidedly moreish, rich and full of flavour with excellent balance with the smooth tannins and 13.0% alcohol and a refined elegance with lingering length that was worthy of its pedigree. 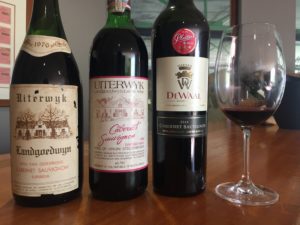 It seemed almost wrong to end the tasting with a Cabernet Sauvignon that was a third the price, but I had wanted to taste the 3 Pinotage together. This was another excellent wine with a mix of red and dark fruit flavours of dark plum, cassis, mulberry, blackberry and a green stalky herbaceousness that were of brooding intensity, as typical of the 2015 vintage. The tannins were very different to those of the Pinotage, being much more structured and tauter to produce a bigger feeling wine. Approachable almost now, the Cabernet makes an excellent food wine that will only improve as the tannins round and soften. 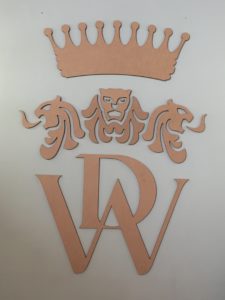 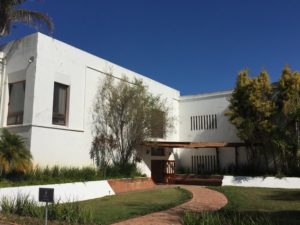 DeWaal Wines well lived up to its reputation for producing excellent red wines and excellent Pinotage. Helga knew her wine and I could not fault her knowledge of South Africa’s signature and favourite red cultivar. I liked too how distinct the quality levels were for each range of wine. So often there’s an overlap between collections or, worse, mid-level wines are labelled as Premium or even Super Premium. DeWaal did not fall into this trap and was the better for it. Follow the journey of the De Waal ancestors along the Kloof Valley, a road dating back to 1700, that marked the way between Cape Town and Stellenbosch. You will not be disappointed. 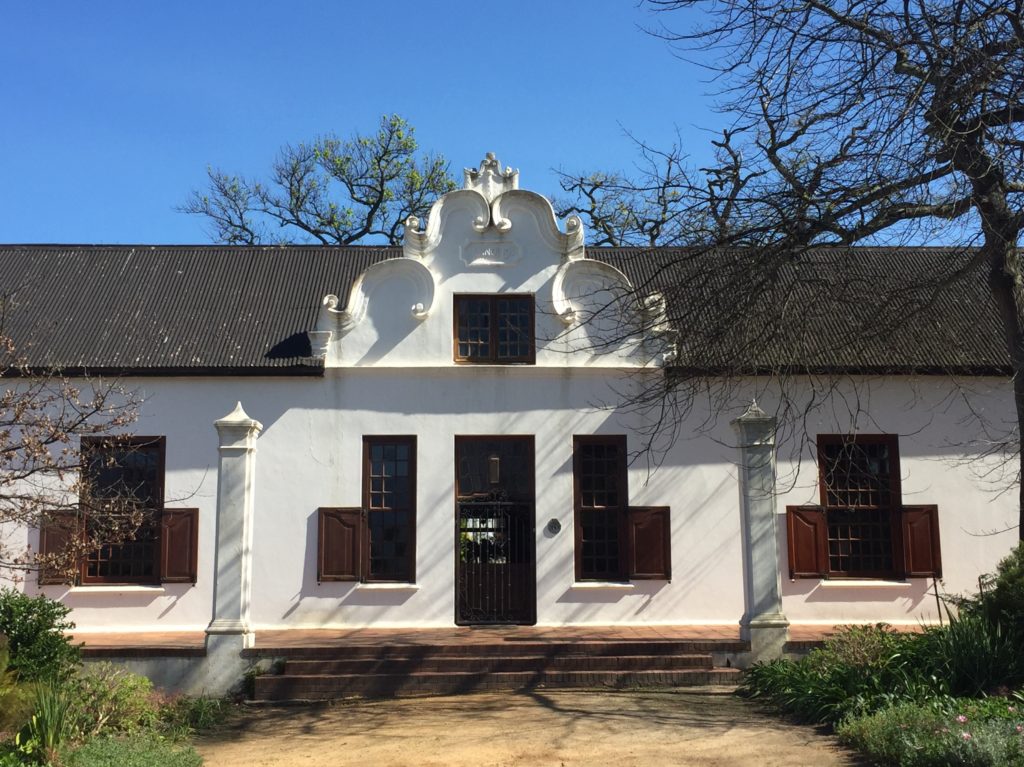