History in Every Glass at Overgaauw 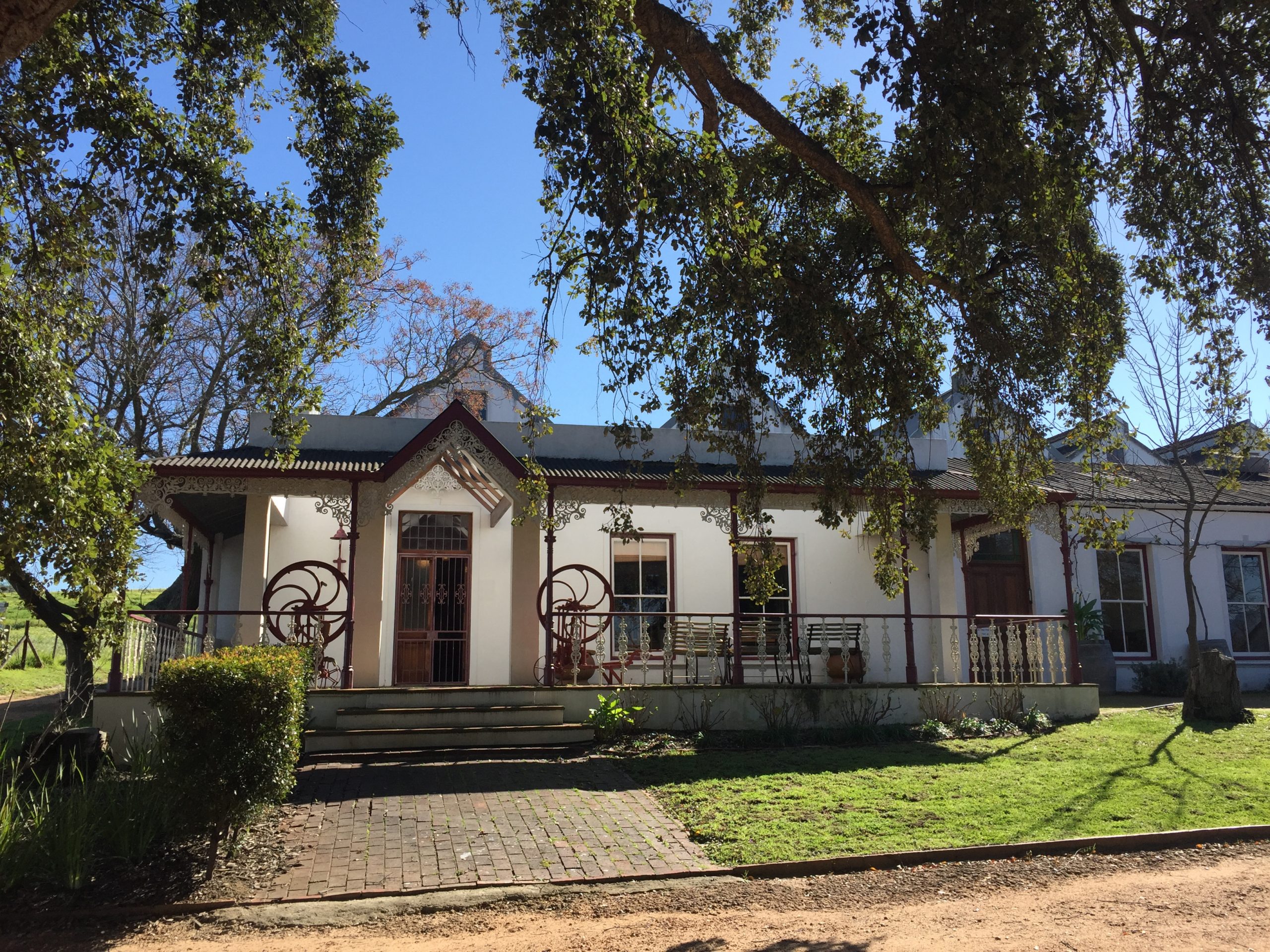 I had passed Overgaauw many times without ever having visited which was remiss of me. Today, as I ventured along the start of the Stellenbosch Kloof Valley to the West of Stellenbosch, I had reason to put that right. I was searching for rare South African cultivars for my first, upcoming Dr Peter Masterclass. The theme was ‘Light & Like Whites’ and Overgaauw was the only wine producer in the country to make Sylvaner. More on that later. 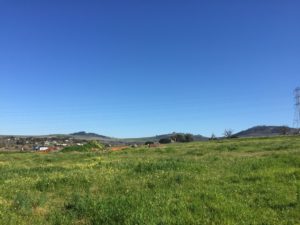 I knew where the wine estate was having seen the simple white entrance whilst en route to Super Single Vineyards, De Waal Wines, Jordan Wine Estate and DeMorgenzon. The crimson red letter ‘O’ to the large, black Overgaauw in Germanic letters on the whitewash wall gave clue to the old Dutch origins and history of the estate. I parked beside the small tasting building under dappled shade from the trees outside. The setting was idyllic as I looked along the valley and to the vineyards beyond. 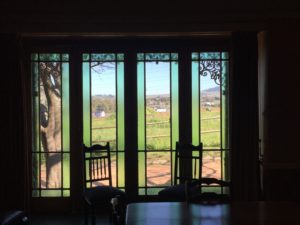 I was met by Suzanne. It was good to meet her as we had exchanged emails many times for me to arrange the visit (tasting is by appointment only) and to collect the Sylvaner. The Tasting Room, purposely built in 1973 in the Victorian tin-roofed former shepherd’s cottage, was cosy and elegant yet simple with large central yellowwood table. Historic, family photos and prints lined the blush pink painted walls. Sixty hectares of the 100-hectare property are under vine. The Cabernet Sauvignon, Cabernet Franc, Merlot, Pinotage, Touriga Nacional, Sauvignon Blanc and Sylvaner make up a small selection of estate wines of which the majority (60%) are red. I sampled 4 of those listed; the Sylvaner later and, as I did so learned of the long and fascinating history of Overgaauw. 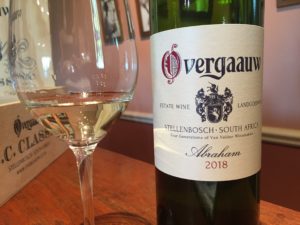 The crisp Abraham Sauvignon Blanc made a good start. Elegant fresh green and tropical notes – of bell pepper, asparagus, citrus and pineapple – made for a complex and enticing nose. The acidity was fresh and fruity on the palate – ‘frispy’ as the Americans would say – aided by early morning harvest and rapid cooling to 3ºC for 24 hours to preserve the delicate aromas. The name ‘Abraham’ heralds back to the founding of Overgaauw in 1905 by Abraham van Velden. He named the farm after his maternal grandmother Elizabeth Overgaauw who took care of him when he was orphaned whilst just one year old. Abraham, known as ‘Oupa Valie’, was the first winemaker and obvious pioneer. Four generations ago, he planted the first vines and, four years later, built the cellar (for bulk wines then, of course). 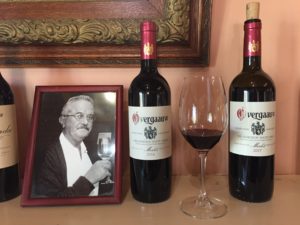 Merlot, Suzanne explained, produced such good grapes that Overgaauw decided in 1982 to make it into a single-variety wine, the first South African estate to do so. The vines were Italian clones that replaced those planted in 1973 that were infected with leaf-roll virus. The wine was a promising ruby to garnet red in colour and with a fresh fruity nose of redcurrant, red cherry, red plum and sweet spice. The texture was silky on the palate with mint flavours emerging on the nose to add complexity to the fruit flavours, aided by 18 months maturation in 2nd fill French oak barrels. 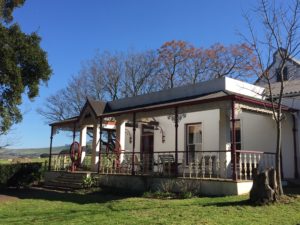 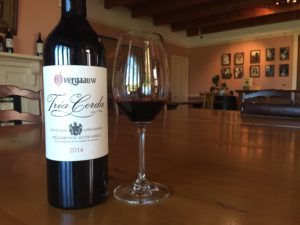 Three years earlier, in 1979, and Overgaauw gained another first. Third generation Braam van Velden, only son of David van Velden Snr, took over in 1973. Viticulture as well as winemaking became his passion and, after a year of study in Germany, he returned to map the farm’s soils and to match varieties to the terroir. White cultivars took up 90% of plantings. However, in 1979 Overgaauw produced the first South African Bordeaux-style blend, the Tria Corda. I would have liked to have tasted that original vintage (I wonder if any still exists) and had to settle for the 2014 wine. The original blend was made up of Cabernet Sauvignon, Cinsault and Merlot but since 1982 the Tria Corda has been a blend of the more classic Cabernet Sauvignon, Merlot and Cabernet Franc. The percentages of each vintages vary but the wine I sampled was Cabernet Sauvignon-led (68%) to show a deeper colour than the Merlot. Fresh without being over-ripe, I liked the dark cassis, mulberry, cherry and blackberry fruits with their hint of chocolate on the nose. The wine had excellent structure and was well textured with the oft-angular Cabernet tannins rounded off to make a well-balanced wine with good length. 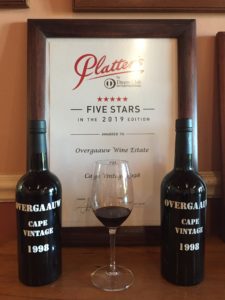 The final wine I tasted (and bought) was one of the oldest I have tasted at a South African tasting, and my favourite wine. It was the 1998 Cape Vintage Port. Another first for Overgaauw was the planning in 1945 of Portuguese varieties – Tinta Barocca, Tinta Francisca, Cornifesto, Souzão and Tinta Roriz – by Abraham’s son and second winemaker, David Senior. These were harvested and crushed together, in Portuguese traditional manner, albeit a first for South Africa and a tradition that continues to this day. The Cape Port is aged for 2½ years in 4,000 litre casks (60% new, 40% 2nd fill French oak).and not released until bottled matured for 10 years. The deep ruby wine showed classic fruity Christmas cake spice aromas with dried plums and prunes and cinnamon. The alcohol (fortified to 19% with brandy spirit) was less spirity on the nose than for many a Cape Port due its integration from the long ageing. The Port was well-balanced on the palate with a smooth but not over-sweet fruity taste; the residual sugar (RS) is 83 grams/litre to make a dryer Port than most, which typically contain a RS of 90-120 grams/litre. The wine made an excellent end to the tasting. 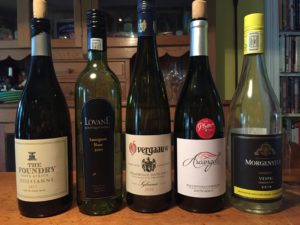 [Afternote: I tasted the Sylvaner at my first Dr Peter Masterclass on 26 August. The cultivar was Germany’s most widely grown in the 20th century until the higher producing Müller-Thurgau took over. Sylvaner continues to be grown in the Nahe, Rheinhessen and the Rheinpfalz where Riesling struggles to ripen (Sylvaner ripens 2 weeks earlier). The first Sylvaner was planted at Overgaauw by David Senior in the 1960s. One hectare remains today, and it is grown nowhere else in South Africa. The unwooded wine, in Riesling shaped bottle, has delicate white stone fruit aromas of pear, apricot and peach to make for a very light, simple wine with a natural high acidity]. 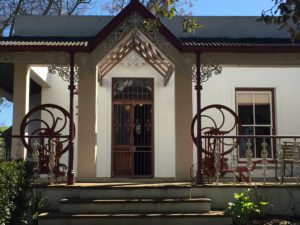 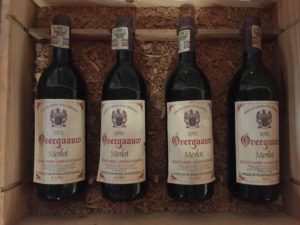 Overgaauw was a treat to behold and well worth making an appointment to taste the distinct and often unique wines. Like the history, there was much about Overgaauw that was unstated to show an estate with poise and purpose, proud of its 4 generation of winemakers and pioneering traditions. I could have mentioned above that Overgaauw was also: the first South African producer to use French barriques to mature Cabernet Sauvignon (1970); to produce Cinsault (also 1970); a founder member of the Stellenbosch Wine Route (1973); and a founder member of the Cape Wine Makers’ Guild (1984). Current winemaker David van Velden seeks to consolidate on the past and to focus on the heritage of the estate. I would not be surprised though if the pioneering spirit remains and Overgaauw champions more firsts in South African winemaking. 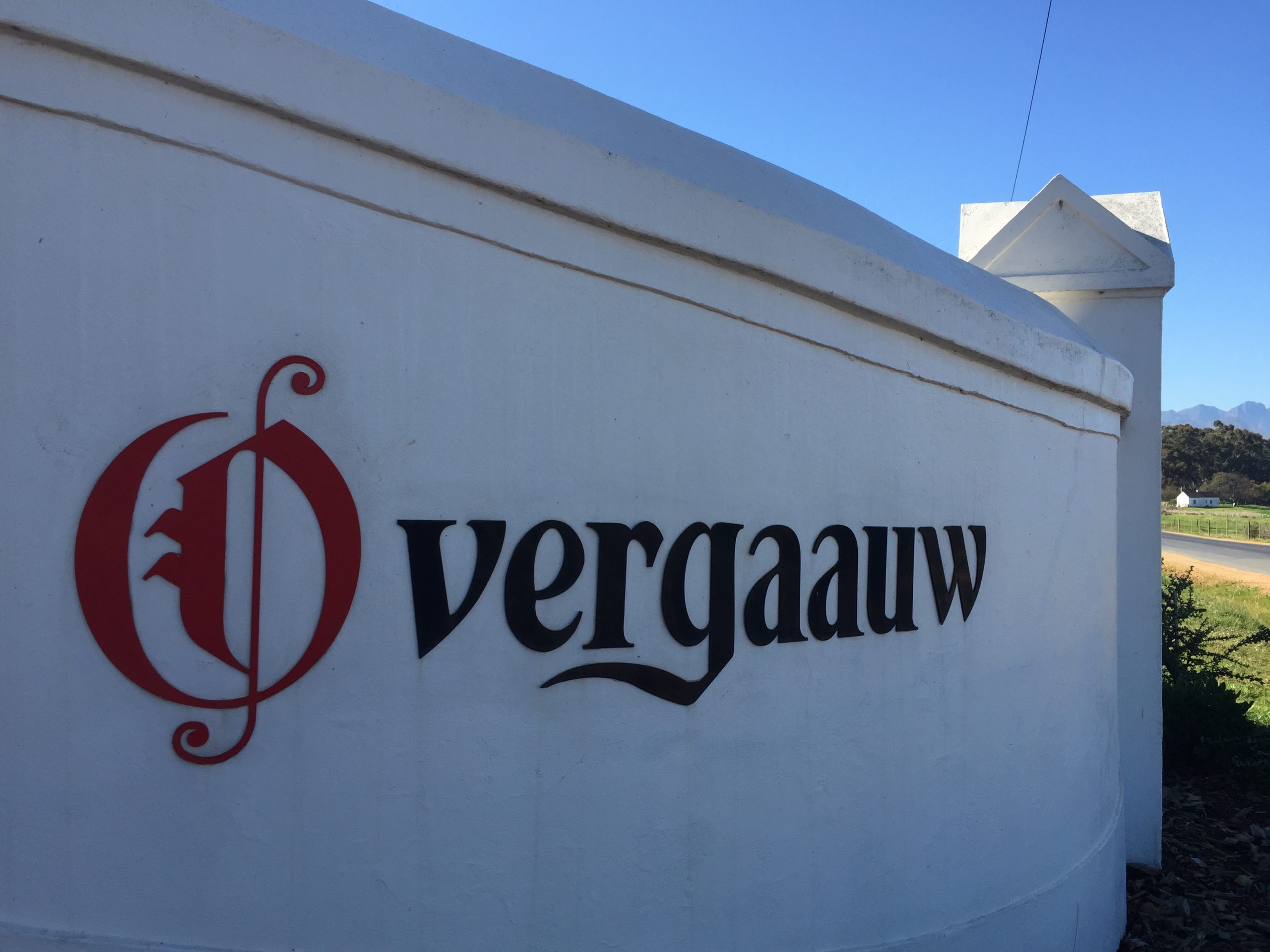