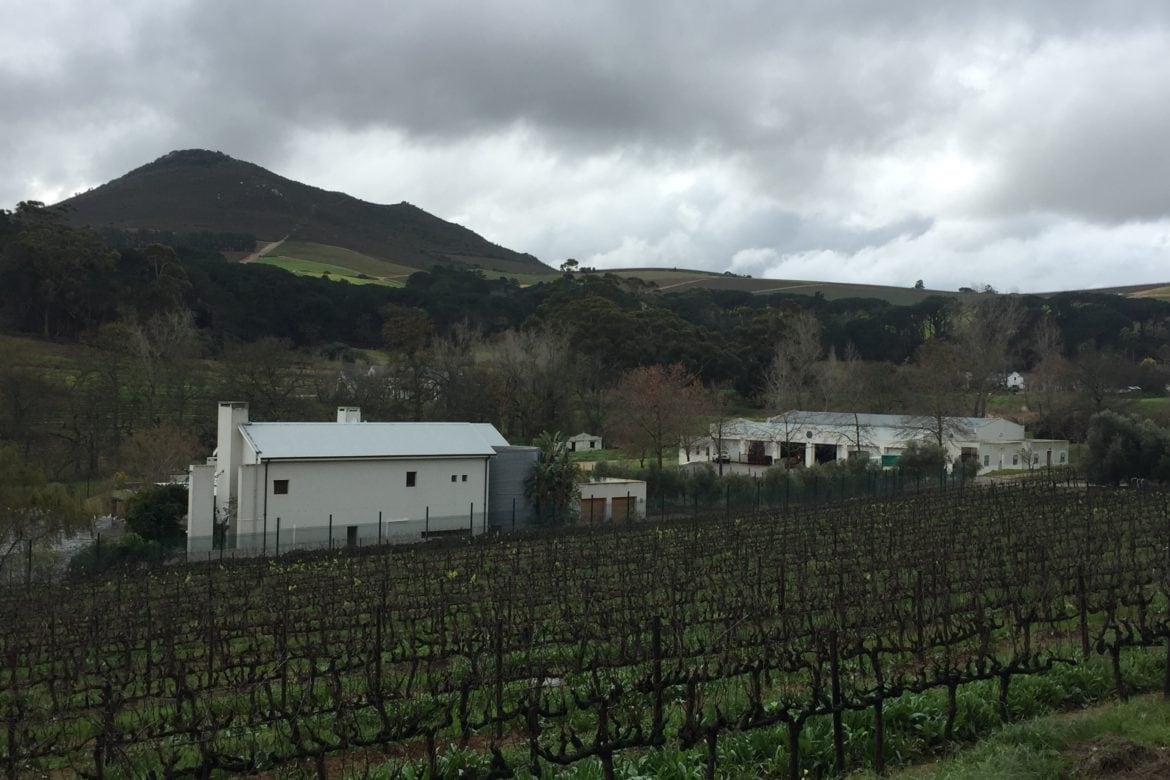 I knew of Laibach from tasting some of their wines during my Cape Wine Academy study tastings for my Diploma in Wine at nearby Morgenhof, North of Stellenbosch. It was good to be able to taste their wine in situ at the estate. The entrance road off the R44 was down a small slope to park beside the Cellar buildings that overlooked vines and a dam. It was a dreary, wet winter’s day with full grey clouds above the olive green vineyards. I was the only visitor and curious to see the high platform reaching out over the vines. I made my way into the tasting Room and asked to take a look up the stairs at the entrance. The door to the platform was locked but I could see out of the top windows, one floor above. It must make a wonderful setting on a summer’s day. 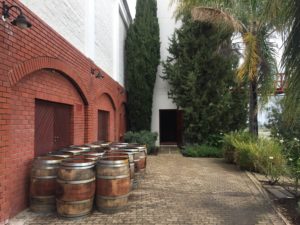 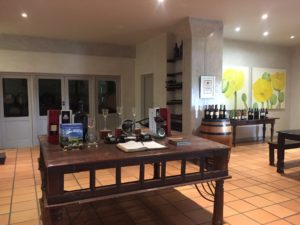 I was met in the Tasting Room by long-term financier Anele who explained the Tasting Fee of R50 for 5 wines, of R10 per wine. Laibach is known for its organic wines that are made from grapes harvested from 37 hectares of vines. Production is mostly red (70%) with Woolworths a major customer. Cabernet Sauvignon, Cabernet Franc, Malbec, Merlot, Petit Verdot and Pinotage are planted in deep red soils on North East facing slopes that favour the red cultivars together with Chardonnay and Chenin Blanc. Laibach has a history dating back to 1818, originally being part of a larger farm called Good Success that was later subdivided. The modern day Laibach is 50 hectares in size and was bought in 1994 by German entrepreneur Friedrich Laibach and his family. New virus-free clones were planted and the Cellar built in 1996. The first vintage was produced a year later, in 1997. 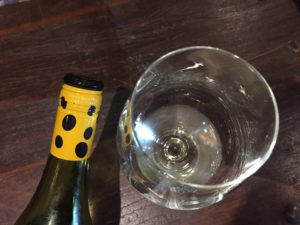 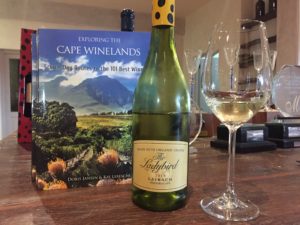 I began by tasting the Ladybird White, the first organic white wine made by Laibach and newly released, that was mostly Chardonnay (85%) with a large dash of Chenin Blanc and blended from wines matured in Hungarian oak (50%), concrete eggs (25%) and fermented in stainless steel tanks (25%). It made for a fresh, pale and modest with flavours of apple and acacia, medium+ acidity and a modest finish. 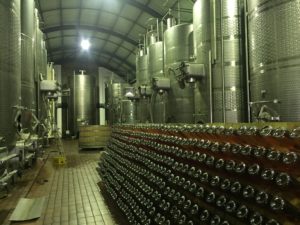 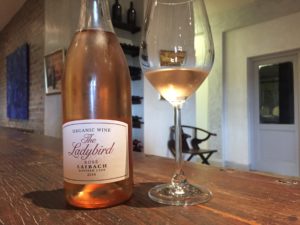 The Organic Rosé from the same Ladybird Range, a blend of 5 varietals, was an attractive pale salmon in colour with medium intensity aromas of strawberry and candy on the nose. Like the White, the wine was light on the palate with little complexity of flavour and short at the finish. This is a summer wine making little demand on the drinker. 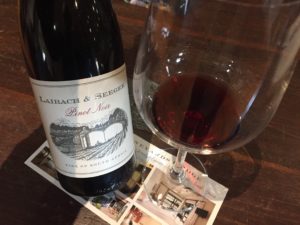 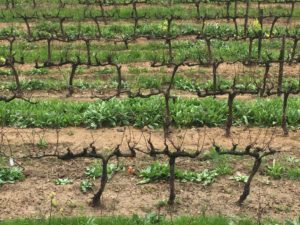 I was hoping for more from the Limited Release Pinot Noir made from grapes sourced high in the Agter Witzenberg near Ceres. The pale ruby, light to medium bodied wine promised much from its sour cherry, smoky, gamey nose. It was too light on the palate with some tannins and fading fruits that sadly could not match the bright acidity. 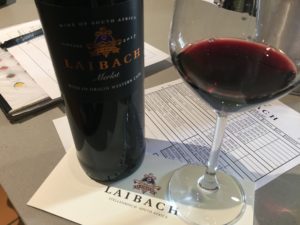 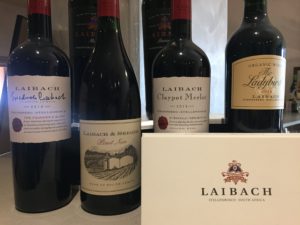 The Classic Range Merlot, blended from 3 blocks without irrigation, showed a much better intensity of aroma and flavour. I liked the full body and medium-deep ruby appearance that led to fresh to ripe red fruits – plum, cherry, redcurrant, cranberry – together with cedar and sweet spice of good intensity. The slightly green tannins were forwards in the mouth but not unbalanced for a decent finish. 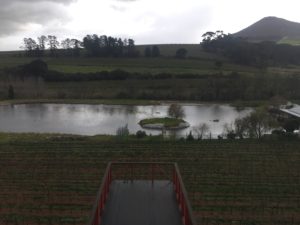 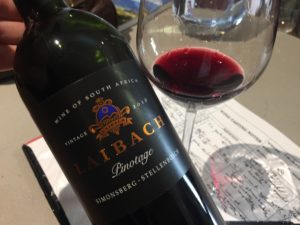 The final wine of the tasting was the Classic Pinotage, from the same range as the Merlot and also sporting an elegant black label. Matured for 12 months in old French oak barrels, the wine showed classic jammy plum, cassis, cherry, banana and white spice on the nose. The fruits fell away on the palate as Cabernet-like tannins gave grip and structure for a lingering, olive finish. 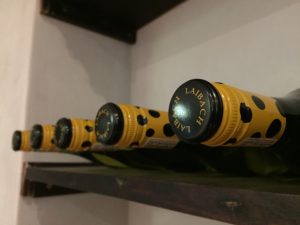 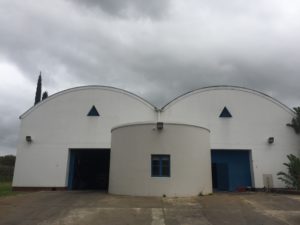 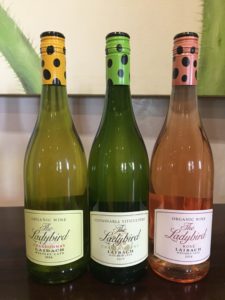 Laibach offers a good selection of cultivars and ranges of wine, not all of which were available for tasting (the MCC and Reserve Range included) due to the time of year. I rated the quality of the wines as average which matches their R90 to R140 price point. The organic element did not show as much as I had experienced at, say, Silvermist or Waverley Hills. I have no doubt though that many a visitor enjoys the view from the elevated platform on a summer day with ‘good success’. 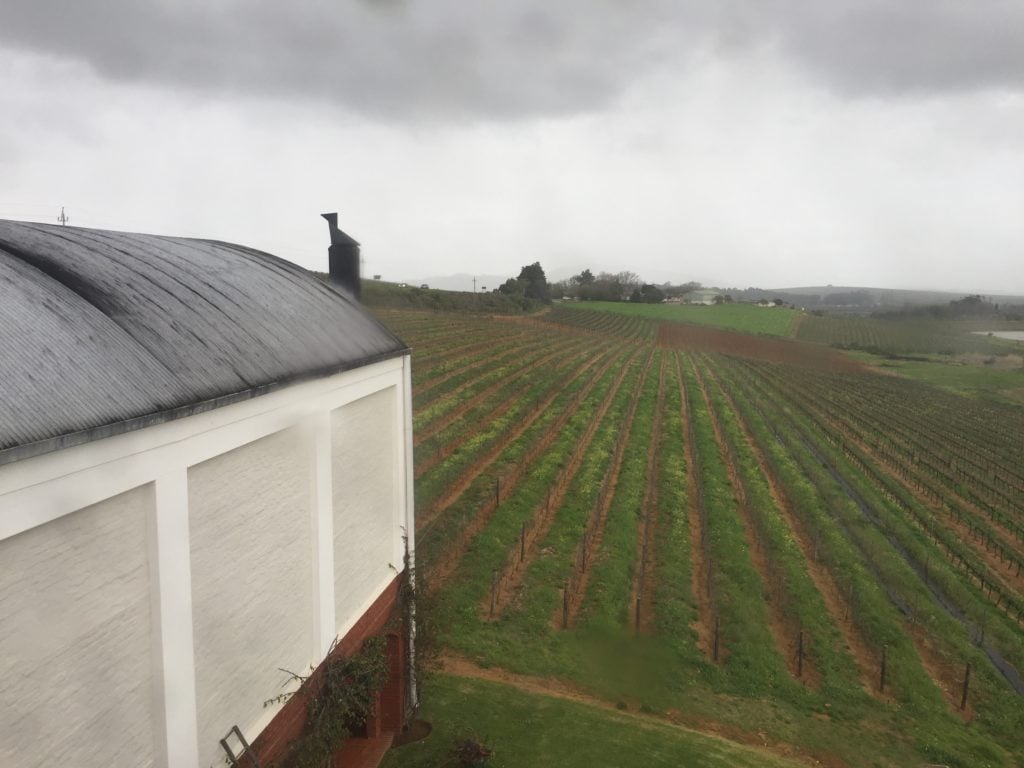