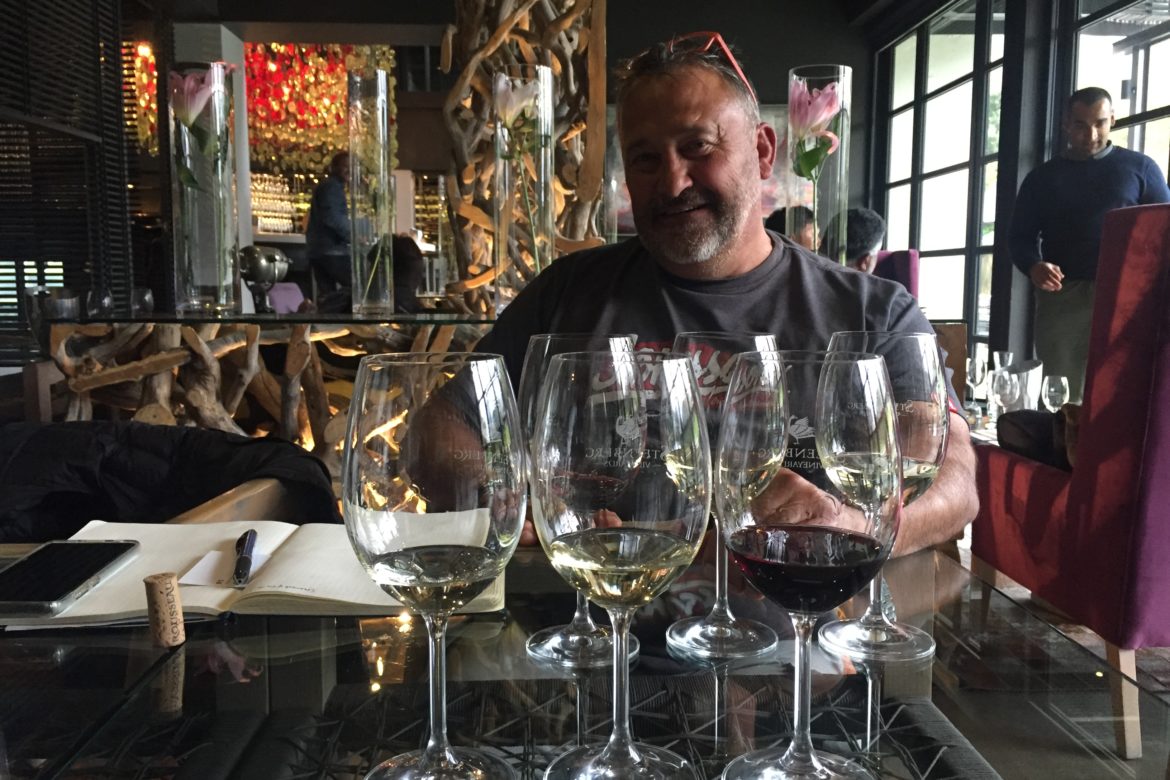 The name Rousseau comes from the French ‘rous’ meaning ‘red’ and typically was a name given to a person with a ruddy complexion. Rousseau was also a Genevan philosopher. Winemakers need a good understanding of all things red. They also blend art with science as much as any philosopher. Rousseau therefore seems a perfect name for a winemaker, albeit André Rousseau did not have the full ruddy complexion that perhaps is more shown by a heavy drinker rather than a vintner. I met André for a tasting of his wines at Steenberg as that is where he makes them. His path to today is a long and successful one. Formerly the viticulturalist and then winemaker at Constantia Uitsig, André was responsible for over 16 years for major replanting of vines on the estate during which time he raised the standard of the wines to 4* Platter rating. Since leaving, he has made wines under his own label, proudly showing his name and family crest. Each wine is named after a strong female family member.

The Grace Sauvignon Blanc, named after his mother, was the first wine I tasted. Adopting the Wine of Origin Constantia ward name that was introduced early last year rather than Wine of Origin Constantia, the shiny pale straw wine is made using Constantia grapes. I liked the freshness of aromas on the nose – of lemon, lime, grass, kiwi, litchi and greengage – that showed a far better intensity than most Sauvignons Blanc. The intensity followed through to the palate that was slightly fuller in weight and slight less in acidity than many a Sauvignon due to the addition of 14% barrel-fermented Sémillon. This enhanced the complexity and took the sharp edge off the acidity that is so often characteristic of the cultivar, which made for an approachable wine that can easily be drunk alone as with food. 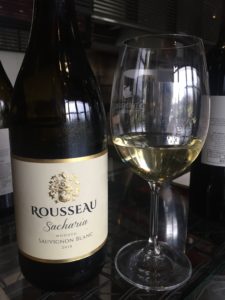 Blanc Fumé is a style of Sauvignon Blanc that originated in France and not to be confused with Fumé Blanc, the name given by Robert Mondavi and other Californian winemakers in the late 1960s to make Sauvignon Blanc sound more exciting. It is usually lightly wooded. This can be technically difficult in order to balance the delicate Sauvignon fruit flavours with oak. Nonetheless, there are examples in South Africa and increasingly more so as it makes for an attractive, often food friendly wine. I have tasted before at High Constantia, Black Oystercatcher, Backsberg, D’Aria, Jordan, Bartho Eksteen, Vrede en Lust and Villiera. The Sacharia, first made in 2015 and named after André’s great grandmother, was deeper in colour than the Grace. The notes on the nose were a sweeter lemon with vanilla and a distinct herbaceousness. Wooded flavours, from barrel fermentation in 2nd/3rd/4th fill oak of Elgin grapes emerged on the palate. The mouthfeel was fuller than a classic Sauvignon Blanc with medium+ acidity and good length at the finish. The Sacharia makes for a good wine for a special occasion or celebratory meal. 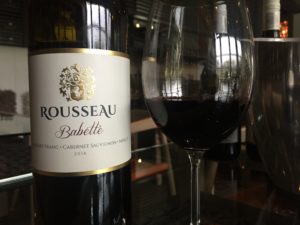 Babette was married to André’s brother and passed away after a long struggle with cancer. As André said, Babette is with him at each tasting as we sampled the Right Bank styled Bordeaux blend. The wine is Cabernet Franc-led (60%) with Cabernet Sauvignon and a dash of Merlot. The grapes are sourced from Darling, Stellenbosch and Constantia, respectively. Medium-deep ruby and full-bodied in appearance, the delicious nose showed a good intensity of rich red and dark fruits – cassis, raspberry, redcurrant, mulberry – together with characteristic Cabernet Franc greenness and tomato leaf. I liked the warmth in the mouth from the 14.5% alcohol. The tannins were structured, aided by 13 months maturation in 2nd/3rd fill barrels, and far silkier than I might have expected from a 2016 vintage. They were a little closed but they showed a freshness without the aggression in some Cabernets and will open out with age. Like the Sauvignons Blanc, the Babette will pair well with food. 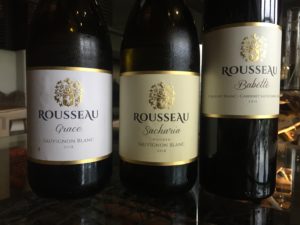 I much enjoyed my mini tasting with André. Every wine was well made and showed a distinct character. The 2 Sauvignons Blanc could not have been more different. It was great to taste them alongside each other. All 3 wines showed poise and balance that is testament to how well made they were. I should add that all were served at just the right temperature which is rare enough in many a Tasting Room, made harder for André who had to plan ahead with Steenberg. I could easily have bought all 3 wines at a conventional tasting which I have done once only before, at Kleinood in the Stellenbosch ‘golden triangle’. I liked the elegant yet unfussy labels which well reflected the style of the wines. I rarely comment that wines are underpriced, especially after recent tastings in Franschhoek, but all 3 wines showed a quality above their price without even considering their boutique production (1,800 cases in total). André is onto a winner and I shall watch future releases with great interest.