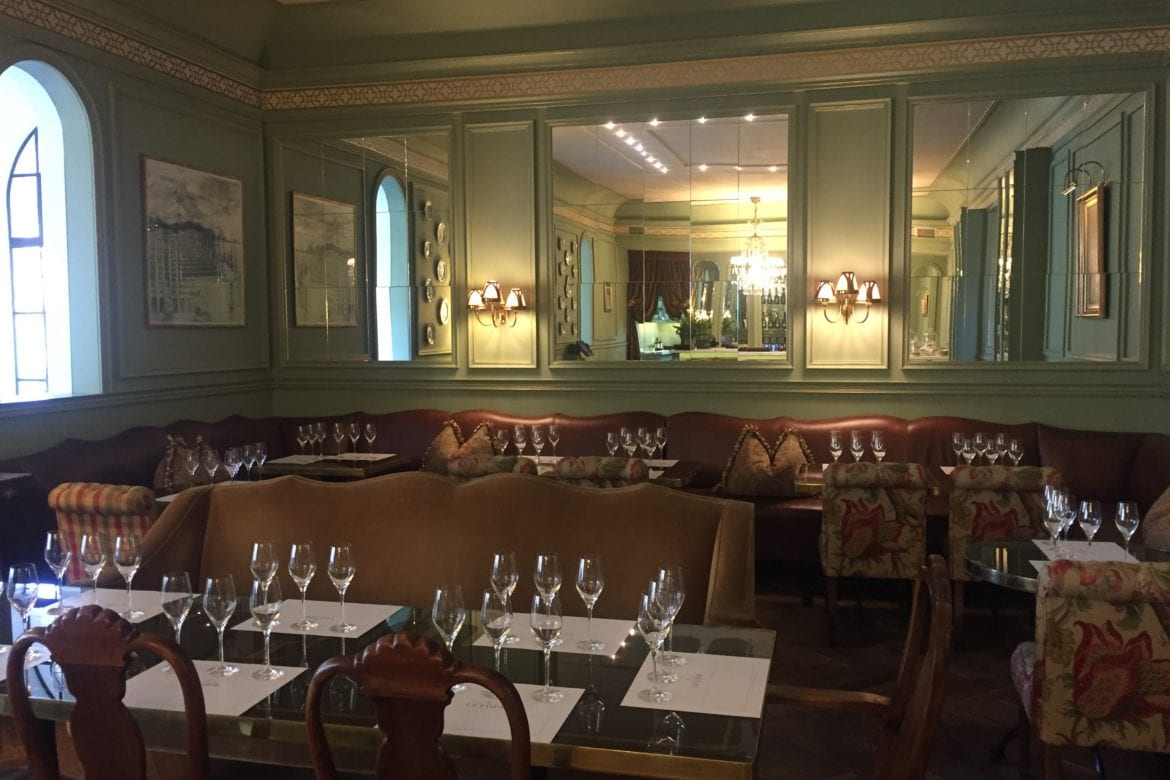 Held up by slow traffic, I played my own car game to pass the time. It was much more fun that the ones my parents used to give my sister and me when we were bored on a long journey. It was a car wine game! How many estates have I visited and reviewed along the R45 between the N1 highway and Franschhoek? I counted an impressive 19 from successive days out from Cape Town together with a fabulous Franschhoek weekend that included a day on the Wine Tram: Anura, Glen Carlou, Backsberg, Babylonstoren, Noble Hill, Vrede en Lust, Plaisir de Merle, Allée Bleu, Boschendal, Solms-Delta, Anthonij Rupert, Paserene, Le Manoir de Brendel, La Motte, Môreson, Leopard’s Leap, Maison, Rickety Bridge and Grande Provence. It would have been 20 except that La Chataigne is no longer open. Mental note to self: visit Rupert & Rothschild, Eikenhof and Four Paws Wines to gain the full house. 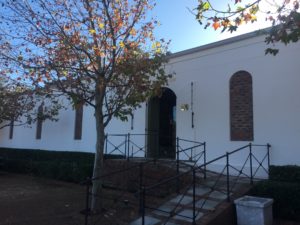 Franschhoek was resplendent in the winter sunshine and bedecked with red, white and blue flags ahead of the forthcoming Bastille Wine Festival. I was pleased to have avoided this hectic weekend, famed for drinking more than tasting. I nearly did not make it to Le Lude as there was a barrier on the road to say it was closed due to last week’s rock fall in the Franschhoek Pass after recent, albeit very welcome, winter rains. Fortunately, the road was closed further up the Valley and so I entered the unassuming, damp sandy road leading to the Le Lude Tasting Room. I was expecting great things having read the current media excitement that Decanter had awarded Le Lude the highest ever points for a South African MCC at the 2019 World Wine Awards, gaining 97 Points and a Platinum Award in the annual competition. 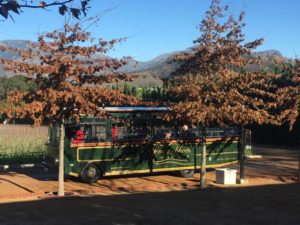 I parked beside the Orangerie Restaurant and Tasting Room building unsure where to go. The surrounding mountains of the Hawekwa Nature Reserve were crystal clear above the unpruned winter vines. The Wine Tram pulled up shortly after I arrived which hurried my way into the Tasting Room where I was transported into a little piece of France. Accordion music was gently playing in the large classic panelled room with cut glass chandeliers and gilt-edged mirrors decked out in duck egg blue paintwork. Each table had three wide tulip glasses neatly set out for the taster. The Restaurant stretched out into the bright conservatory with crisp white linen laid out on circular tables. 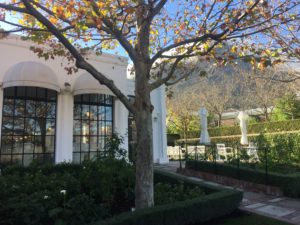 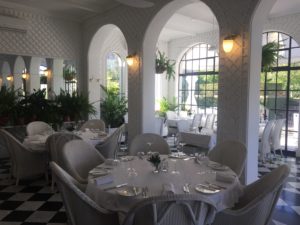 I was offered 2 tastings: two Non Vintage MCC for R90 or three MCC for R210, to include the Vintage Cuvée wine. Selected canapé selections were a further R100. I never mind paying for MCC tasting as the wines clearly do not last as long as a table wine but R210 for 3 glasses was beyond my budget. The Brut and Brut Rosé are both non vintage, cost R290, made using only cuvée (free run) juice, and aged for 36 months on the lees and 6 months in the bottle before release. The Brut wine is Chardonnay-led (54%) whilst the Brut Rosé has more Pinot Noir (65%). I rated both the same with their fine rising bubbles in the glass that gave a good moussante mouthfeel. 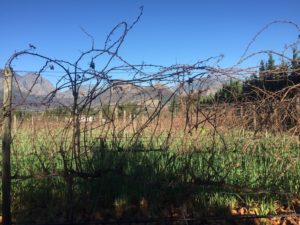 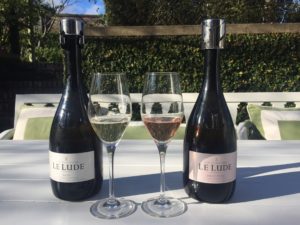 The fruit character of the 2 wines was very different. The aromas and flavours were decidedly shy on both and this was not due to the wines being over-chilled. I struggled to pick out faint lemon, lime and yeasty notes on the Brut MCC whilst the Brut Rosé was less yeasty with fruitier Pinot Noir flavours of light strawberry. It was good to taste them together. Shortly after pouring, the lighting failed in the Tasting Room but I was able to decant to the Orangerie. The staff were prompt in lighting candles to give a romantic, subdued feel to the room. 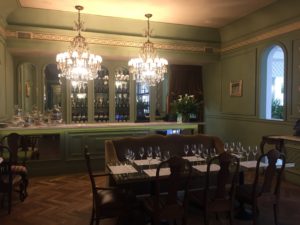 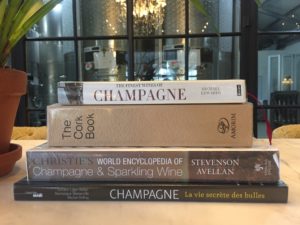 Much to my surprise I learned nothing about Le Lude or even its superb Platinum Decanter award (which I knew of beforehand and researched after) even though I introduced myself as a wine enthusiast and was not chasing the next tram. The boutique MCC winery is owned by attorney Nic and wife Ferda Barlow. The 6 hectare property has just 3 hectares of Chardonnay, Pinot Noir and Pinot Meunier vines with the first harvest made in 2012. Le Lude is the first (I am unsure if only) South African winery to use the little known, artisanal Agrafè (Tirage Liège) Méthode of MCC production. The word ‘agrafè’ is believed to derive from the Old French verb ‘agraffer’ which means ‘to seize with a grappling hook, attach with a clasp’. Secondary fermentation in the bottle is generally undergone under a crown cork but this old/new method uses a special cork with a wire cage called an agrafè. Think of a cork Grolsch beer stopper. The technique is said to give the MCC a more integrated aroma profile, a more developed and multi-layered mouthfeel, and nuanced texture. It would have been good to compare but perhaps none was available. 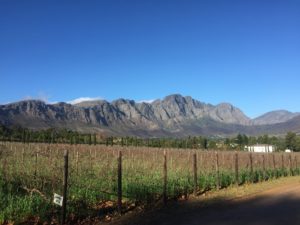 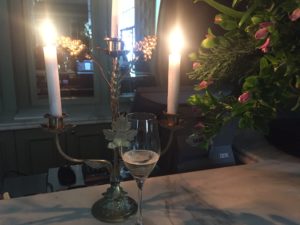 The agrafè wines and method were never mentioned during the tasting which was unfortunate. I would have loved to have learned more about the method or even given the opportunity to taste and compare. I asked to chat with the Tasting Room Manager before leaving to ask about and to explain the Cape Wine Lovers’ Society as well as the tasting. He emerged with characteristic French brusqueness as if I was a nuisance to him and as if I was ready to complain – even though by now the candles were well sorted albeit the power was not yet resumed – so I hardly bothered. All in all, Le Lude left me feeling rather flat. It seems too from feedback to this review that I am not alone with this lack of sparkle. 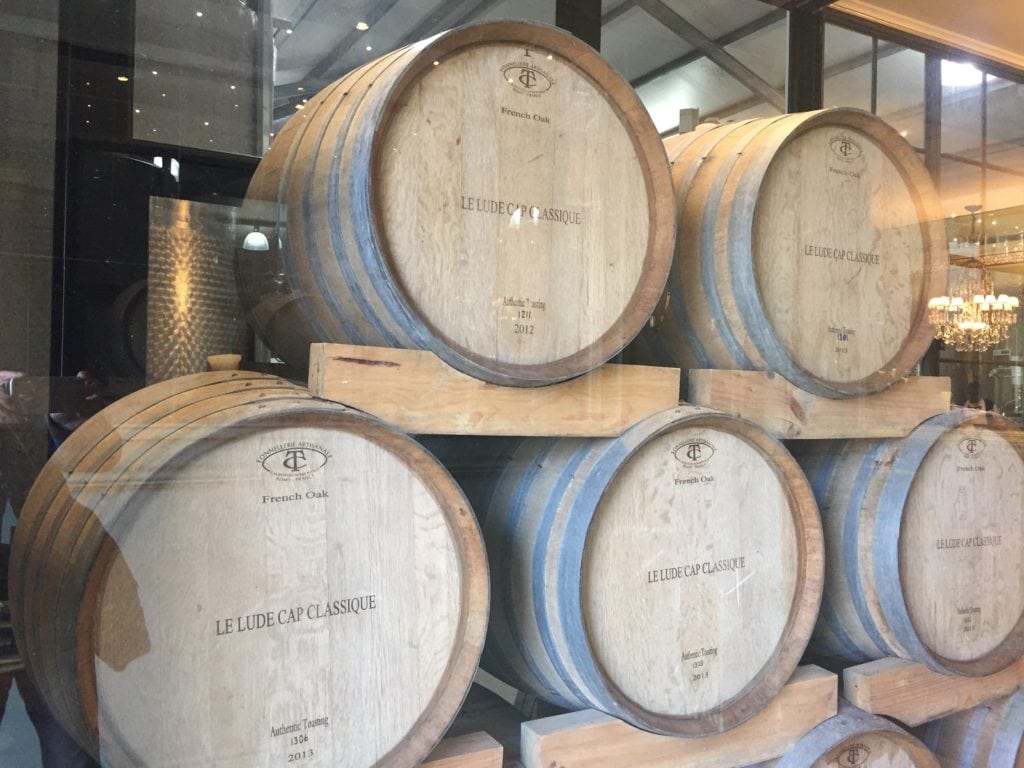 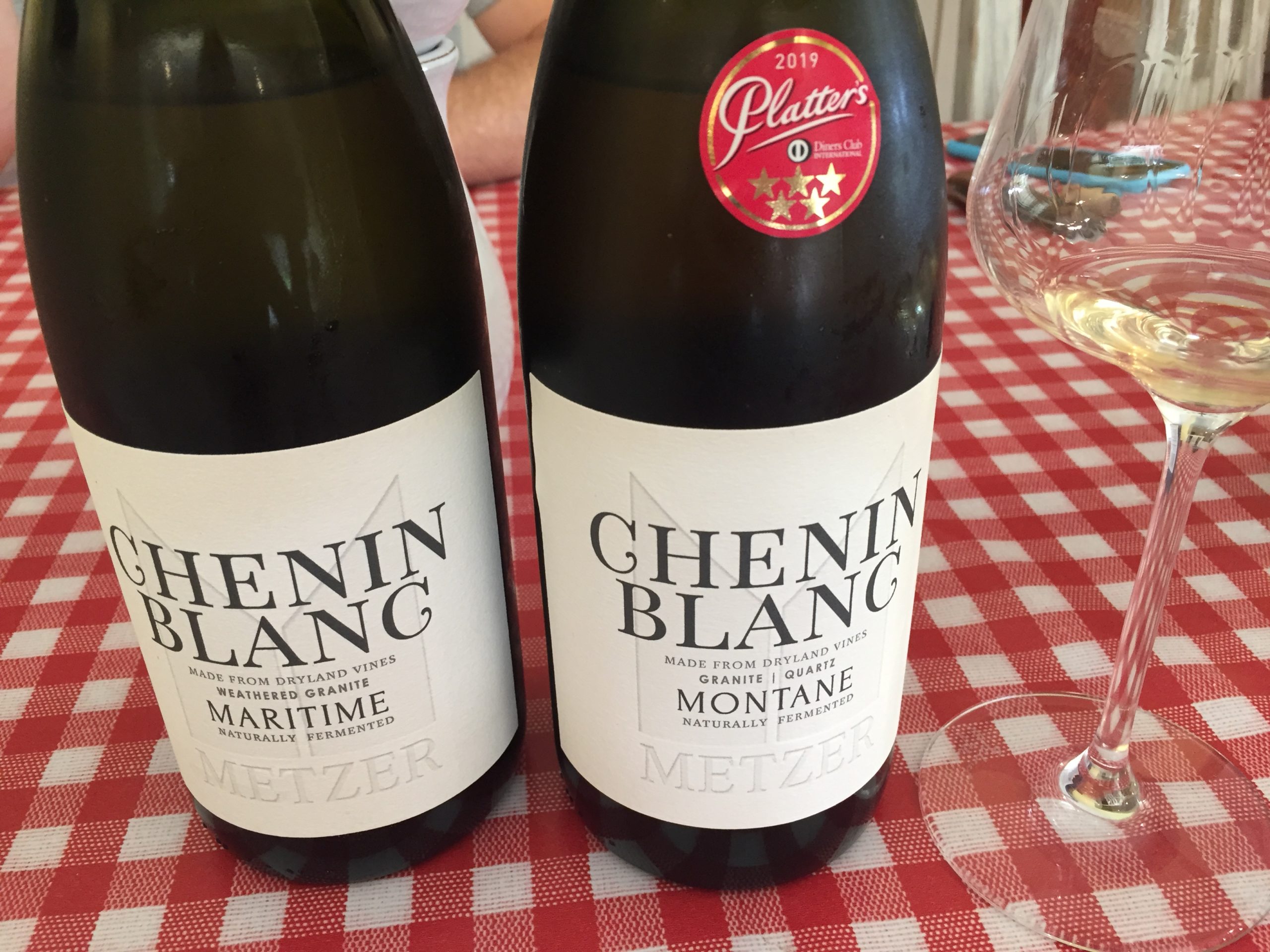 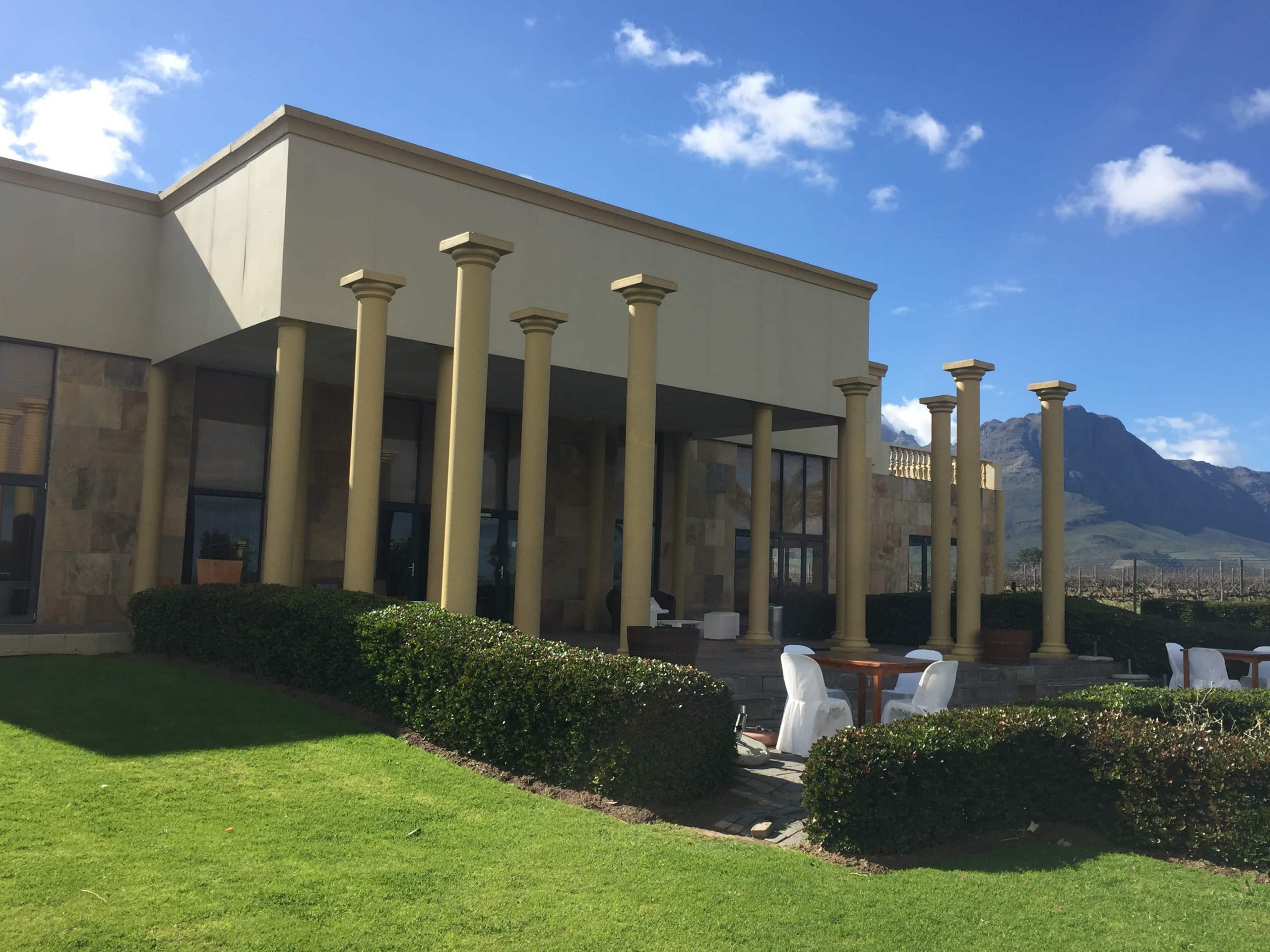