Home/Education/Diploma Done and Dusted – But for the Final Result – I Passed!

Diploma Done and Dusted – But for the Final Result – I Passed! 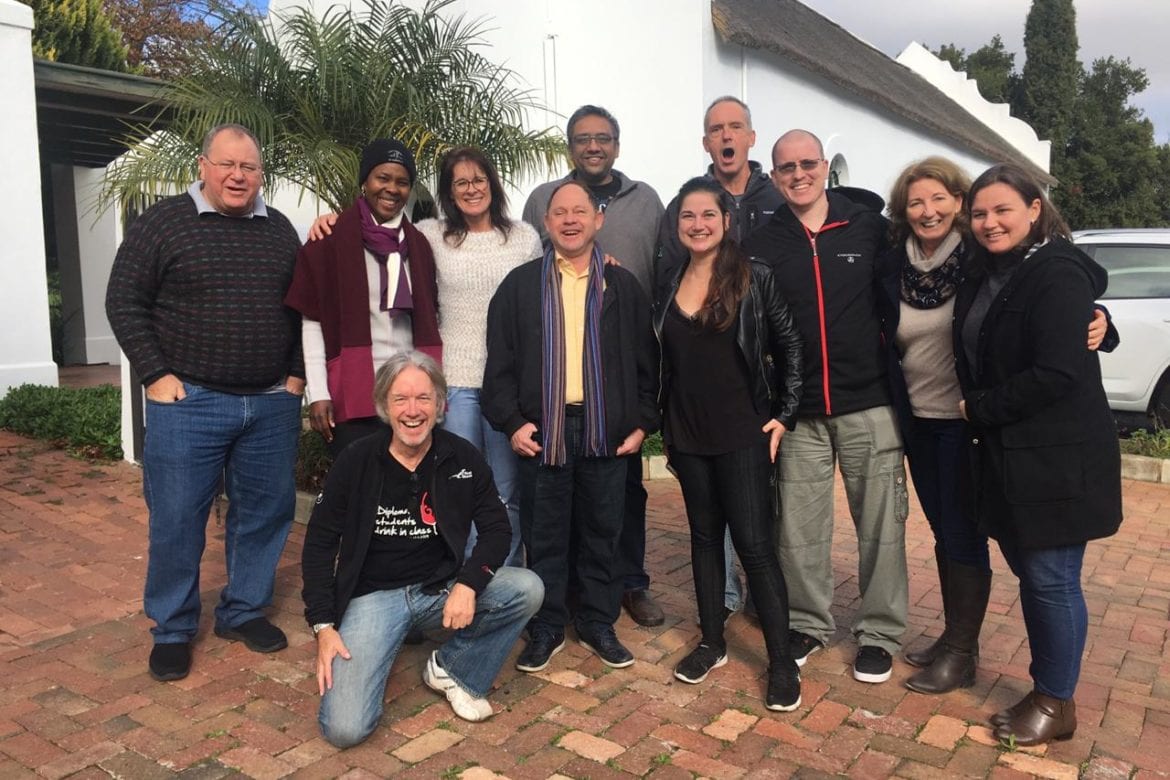 The first Cape Wine Academy Diploma lecture that I attended was in August 2017. Today, 223 wines, 82 lesson hours, 32 Tasting Group meetings, 24 countries, 22 months, 14 hours of exams, 12 assignments, 5 instructors and 4 modules later, I have finished. Well, bar the results that are published on 28 June. It has been one hell of a journey, as they say. The end was a crescendo of revision and tasting as well as 2 hectic exams.

The first was the final Theory Exam, for Module 4 (Wines of the New World), held on 6 June at a new location, Rhenish Girls High School in Stellenbosch. I felt like I was back in school taking my (then) ‘A’ Levels in the expansive School Hall with individual desks spaced out beneath the high ceiling. I have found in past Theory exams that there is little benefit trying to ‘spot’ likely questions, instead favouring a blanket revision of the entire Module folder, some 130 pages of detailed text and maps. Three hours seems a long time for a written exam – as my left hand was screaming out after – but I assure you it is barely enough fully to answer all the questions. Time management is critical here and I was behind on time after half an hour. Fortunately, I caught up later but not before I had made some silly mistakes in my rush to cover all the answers. Course assignments count for up to 15% of the final mark and so I was happy to have banked an average 99% for my 3 Module assignments. 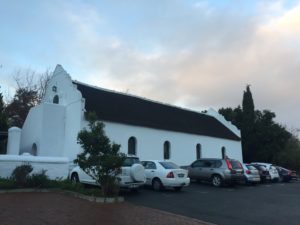 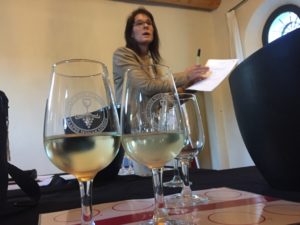 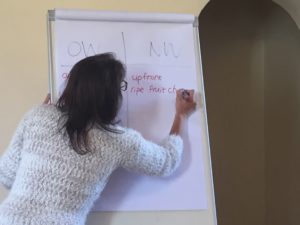 Two days later, on 8 June, I was at Morgenhof Estate near Stellenbosch for the final time, for a Pre-Exam Tasting morning that was an extra tutored tasting session. I attended the previous one in November last year that was arranged for those taking their Tasting Exam in December. This was very much a repeat and held by Lizette Tolkein again. We covered the Tasting Exam basics – write on one side of the page, stick to the wine numbering from the question paper, reason and not describe, rule in as well as rule out, use bullet points and abbreviations and more – that were all designed to get us full marks. Lizette was expecting great results from us knowing that we had been part of an excellent weekly tasting group. 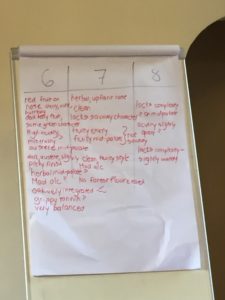 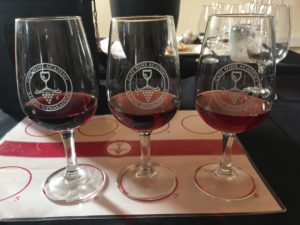 We practiced on 6 flights of wines that were almost the full range of our 8 exam cultivars: Sauvignon Blanc, Chardonnay, Pinot Noir, Riesling, Shiraz and Cabernet Sauvignon. That left only Chenin Blanc and Merlot. Lizette gave us her usual pearls of advice: pungent gooseberry and tinned pea aromas indicate New Zealand Sauvignon Blanc; fresh fruits and vibrant acidity suggest a young red wine; remember entry, mid palate and finish; South African Chardonnay lies between a New World and an Old World style; mid palate is the clue to differentiating Pinot Noir countries; high acidity often masks sugar in Riesling; Northern Rhône Syrah smells of ‘puppy dog breath’ etc, as well as reminding the likely country of origin for each cultivar. I very nearly did not go to this final session as it clashed with the Wacky Wine Weekend but I was pleased I had. The Saturday morning was a useful and timely reminder, as well as a confidence builder as I correctly identified each cultivar and about half the countries. 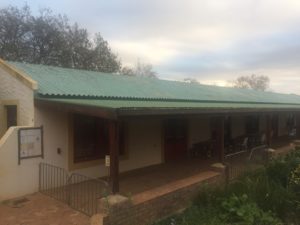 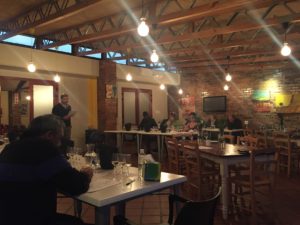 The Tasting Exam was 2 more days later, again in a different location. It was held at the Delvera Agri-Village some 6 kilometres South of Klapmuts and North of Stellenbosch. I allowed 2 hours for my 1 hour journey from Cape Town to find the new venue, also the new home for the Cape Wine Academy offices. I was pleased I had due to late afternoon rush hour traffic leaving the city and difficulty in finding which room in which building the exam was. Early winter darkness did not help, exacerbated by the lack of site lighting and direction signs to the exam room, so much so that one student colleague arrived on site unable to find where to go. The examination room was unfit for a tasting exam, being poorly lit with yellow lighting and with dark shadows and corners. It was what it was but it did not help me at all. As with the Theory Exam, I managed to make a mess of things and frustratingly so after all the months of tasting and practice. I was conscious as time passed whilst analysing the first flight that I was making a mistake. The feeling dawned more and more. One golden rule of blind tasting, however, is that first impressions are usually the right ones. I pressed on and did not realise my mistake until the second flight was poured. I decided to stick with my gut feel and crossed out 5 pages of Flight 1 answers, to start all over again even though the wines had long gone. This meant that I had to answer for 2 flights in the time allowed for one! I managed it and was pleased that I had from the class consensus after. The cultivar decision for the third and final flight was much easier – though the countries were difficult, made harder by the poor lighting – as I tried to calm myself down so as not to ruin the entire exam. 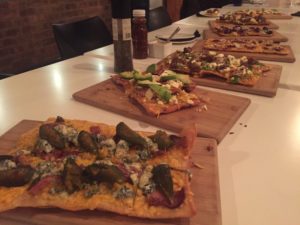 Half of us remained afterwards for pizza before I headed home to Cape Town. My exam frustrations settled slowly and I hope I have done enough to pass. That was it. Two years of intense study finished. I arrived home with none of the expected elation. I was unsure why. Perhaps it was tiredness and exhaustion. Perhaps it was that I felt I had not done my best in the 2 exams. Perhaps the finish came all too suddenly in the end. I suspect a combination of all three emotions.

I must now decide as I await my final Course exam result what to do next. I know that I want to further my wine education and studies but just unsure where. The options are to remain with the Cape Wine Academy and to enrol for Cape Wine Master – the highest qualification, with self study for up to 5 years, and one that only 102 people have ever achieved – or to take the 2-year WSET Level 4 Diploma, or both concurrently. It is a big decision and one I need make soon as I need complete WSET Level 3 to enrol for Level 4. It so happens that the examination is on the same day that my Cape Wine Academy Diploma results are announced. 28 June will be a momentous day, one way or the other, for sure.

Today, 4 July, I learned that I had passed. I had gained an A+ score for each of the 4 Theory Exams and an A for the Tasting Exam. I am now eligible to apply for Cape Wine Master. Choices and decisions … 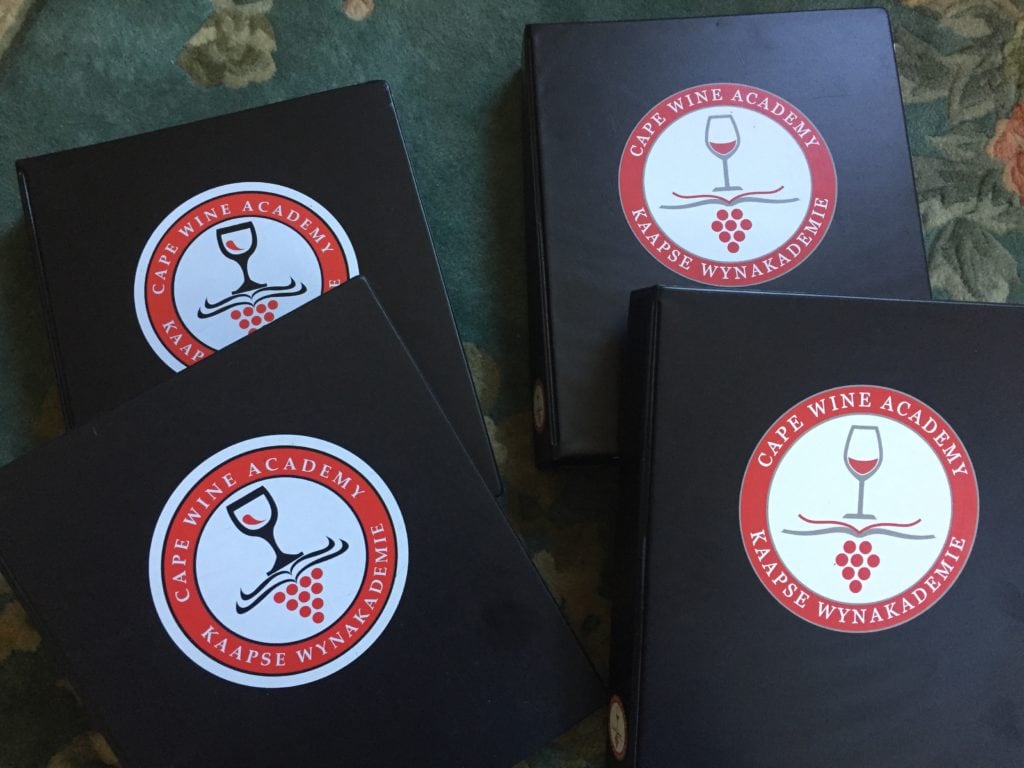