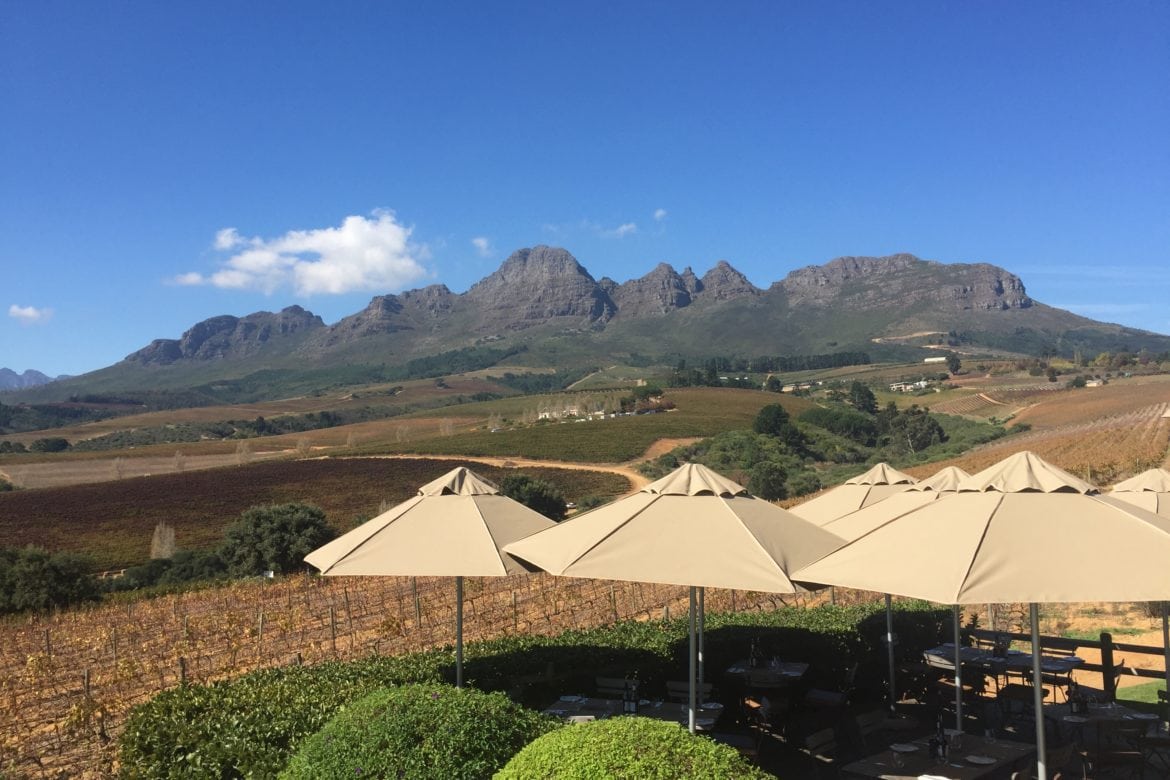 Guardian Peak was the fourth and final wine estate I visited during my mini-break to some of the wine estates in the ‘golden triangle’, South of Stellenbosch. The triangle includes the Upper Blaauwklippen and Annandale valleys and is home to some of my favourite vineyards. Guardian Peak was well located too for my journey afterwards to Cape Town. The area has some of the densest wine farms I have seen: Audacia, Annandale, Akkerdraai, Peter Falke, Uva Mura, Hidden Valley, Ernie Els, Cirrus, Stellenbosch Reserve, Donkiesbaai, Webersberg, Alto, Rust en Vrede and Guardian Peak vineyards/wines all lie within a 1 kilometre square. Unsurprisingly, not all have their own vineyards. Guardian Peak, for example, relies on grapes from long-term contracted growers in Stellenbosch and Breedekloof. Red wines are mostly made (90%). 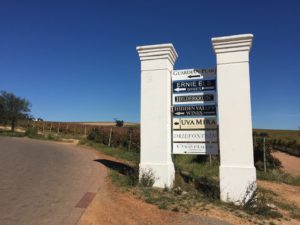 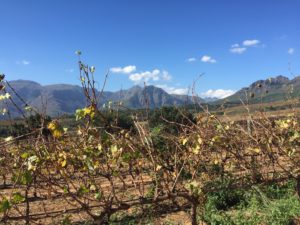 The winery was begun in 1988 by Jannie Engelbrecht, better known as the founder of nearby Rust en Vrede some 11 years previously. The aim was to create a range of wines that were accessible and affordable to the consumer. Tastings are held at one end of the expansive bistro-styled Restaurant, opened in late-2005, which is just a short walk from the car park. The view of Guardian Peak – the highest peak in the Stellenbosch Mountain range at 1098 metres above sea level – from the open seating outside was impressive in the morning sun. 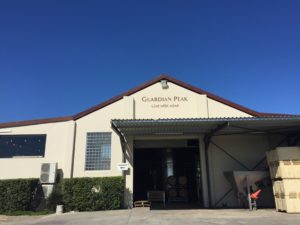 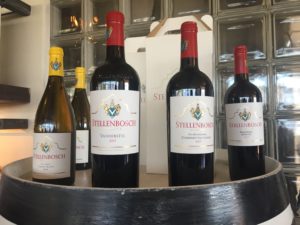 Four tastings were offered: the ‘Live with Wine’ tasting of 4 entry level Guardian Peak wines (R40); the ‘Stellenbosch Reserve’ tasting (R60 for 5 wines); the ‘Flagship Red’ tasting (R60 for 4 wines); and the ‘Donkiesbaai’ tasting (R120 for 4 wines from the premium Donkiesbaai Range). I opted to taste wines from the Stellenbosch Reserve Range. The Moederkerk Chardonnay – meaning ‘Mother Church’ in Afrikaans and named after the 1863 Dutch Reform Church in Stellenbosch – showed a classic, elegant wine label. The wine was pale straw to pale yellow in colour, indicative of 50% aged in oak, and showed citrus notes of sweet and bitter lemon together with hazelnut and vanilla. Made in a crisp, zesty dry style, the acidity was not fully integrated to leave a bitter finish. 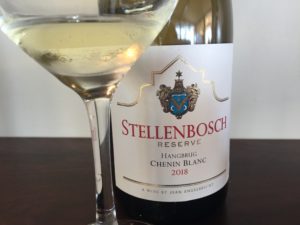 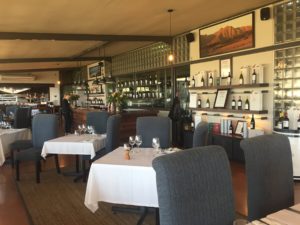 I rated the Hangbrug Chenin Blanc, of similar appearance, the same. Named after the Hangbrug (Suspension) Bridge across the Eerste Rivier, the wine offered delicate tropical guava, ripe lemon and white honey aromas on the nose. The wine was made in the same style as the Chardonnay, also with a bright acidity and not entirely balanced. 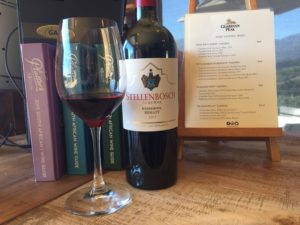 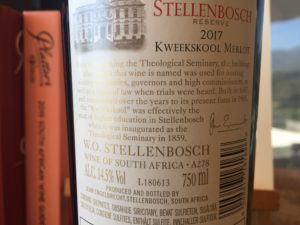 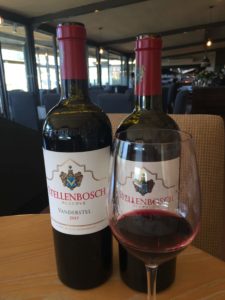 I much preferred the Kweekskool (1859 Stellenbosch Theological Seminary) Merlot, the first red wine of the tasting. The wine is made from Stellenbosch grapes and aged for 12 months in old French barrels. The aromas were minty to start before those of redcurrant, cranberry and red cherry emerged. Mint remained on the palate as drying, structured tannins from the young (2017) wine dominated on the palate and finish. The Afrikaans wine naming continued for the Cabernet Sauvignon. Ou Hoofgebou is the university building built to commemorate the bicentenary of Stellenbosch University in 1879. The wine shared many characteristics of the Merlot with a nose of medium intensity red and dark fruits, of cassis, dark plum and dried Protea. Structured, angular tannins once again dominated the fruit for below average balance. 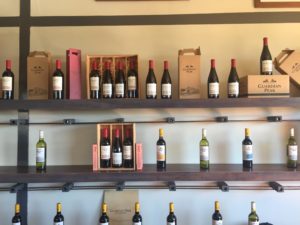 The last 2 wines of the tasting were much better and vied for my favourite wine of the tasting. The Vanderstel Bordeaux-style blend was far more rounded and balanced on the palate. The taut tannins remained but better matched the fruity, ripe minty and dried herb fruits as each cultivar contributed to give the wine complexity. I liked the heavy bottle with ‘Stellenbosch’ embossed in the glass on the bottle neck. 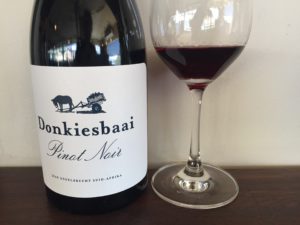 My tasting over, I asked to sample the Donkiesbaai Pinot Noir. Donkiesbaai is where 4 generations of the Engelbrecht family have had a holiday home. The grapes for the wine come from Ceres (Wine of Origin Ceres Plateau) which at 900 metres above sea level is one of the highest blocks in South Africa. The wine showed classic Pinot Noir appearance – pale ruby red and light-medium body – with medium intense cherry, cranberry and red plum aromas. It was well balanced, elegant and with smooth, silky tannins on the palate, with above average length at the finish. 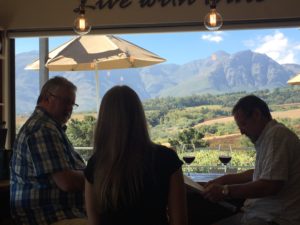 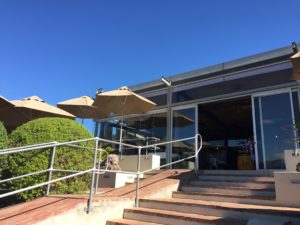 Guardian Peak met Jannie Engelbrecht’s aim to make a range of accessible and affordable wines. I did not taste from the Guardian Peak Range but the Tasting Menu offered wines from R95 to R330 made from all the major white and red varieties, together with a Rhône and a Bordeaux style blend. I liked the Afrikaans names and the local story each label told. The quality of the wines varied; the white wines showing too much added acid whilst the more affordable red wines were overly tannic. The service was erratic too and not aided by the Tasting area being an add-on to one end of the Restaurant. I sensed that my host doubled up as a Restaurant Waiter and that he was quite content to chat with his peers at the other end of the Restaurant while I tasted. Nonetheless, the location and views were magnificent. The Chalmar beef steaks on the Restaurant menu looked pretty tempting too … 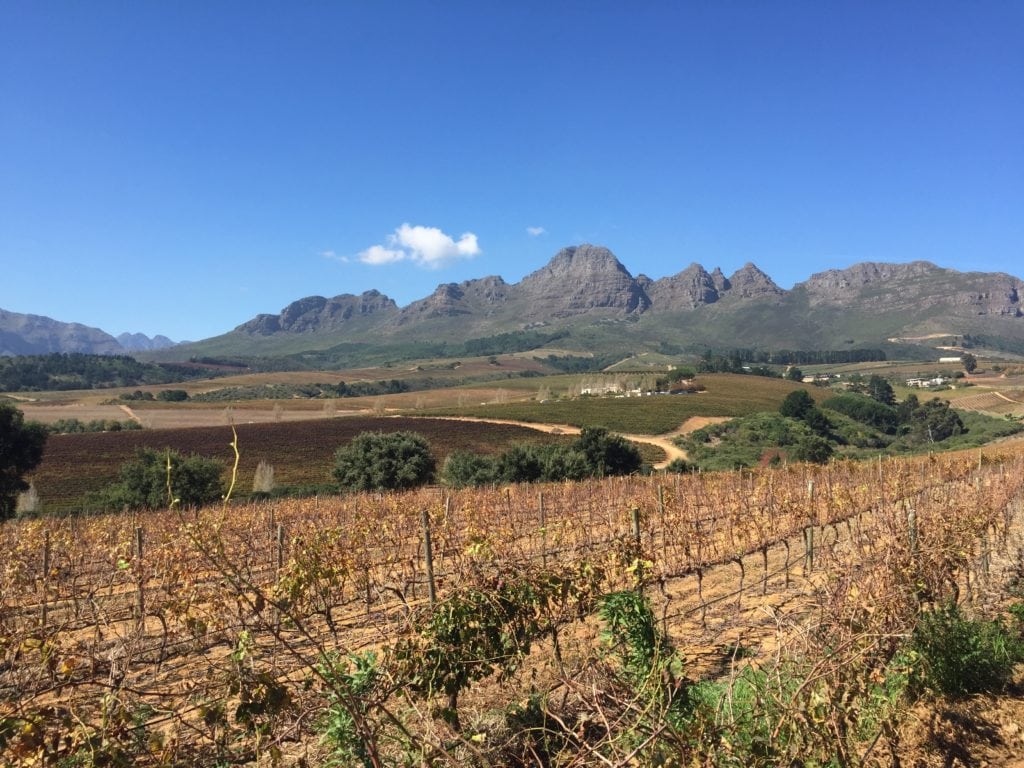