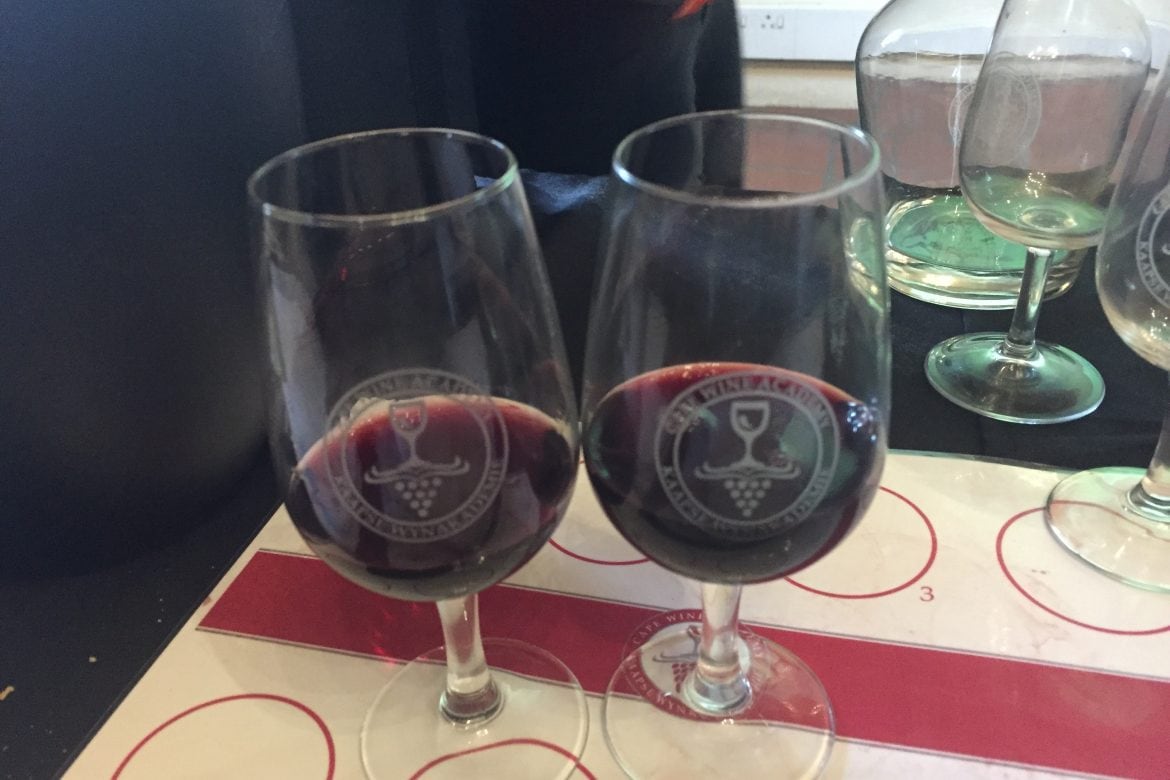 I cannot remember there being a rainy morning in over 2 years of travelling from Cape Town to the Morgenhof estate, North of Stellenbosch, for Cape Wine Academy classes. There was a double bonus today in that there was sun as well as rain to form a rainbow – omenous rather than ominous – as I looked West on the road past Villera. I was excited to be returning for start of my 4th and final Module of Wine Diploma training – Wines of the new World – that ends with final exams in mid-June. It has been a long but very enjoyable haul, with many new friends made, but somehow I want to finish it and to start the new challenge of Cape Wine Master. 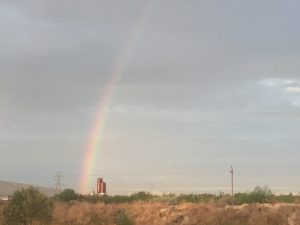 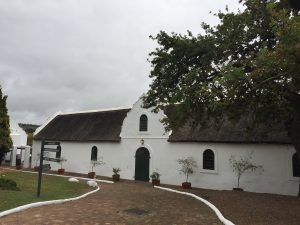 It was fortunate that the lectures for the day were at Morgenhof as I was in auto mode and not even checked their location. Had they been moved to the Cape Wine Academy’s new Headquarters at Delvera I would have had to make a hasty second journey. As it was, there was the cozy familiarity of the usual classroom and Dave March as lecturer. Day 1 of the 3 day Module is always the longest, lasting until 4pm to cover North and South America. We were a larger class than usual – some 26 students – with many having completed Module 1 beforehand. 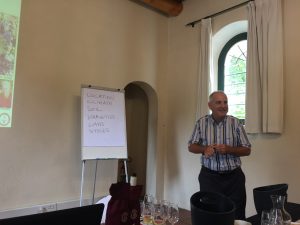 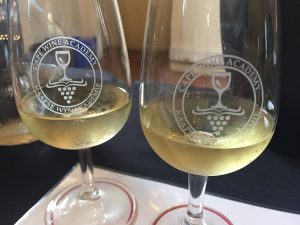 Dave began by easing the popular notion that American wines – for that read California as most wines (90%) are made in the state – are highly alcoholic (17%), over extracted, over-oaked and manipulated. The saying that ‘American wines are made in the cellar’ perhaps remains but the styles of wines are reducing in character, particularly for cult wines, to approach the international norms. The USA is an important player in the wine world, being in the top 5 in both production volume and total amount consumed. The best advice to get to know a wine country, as always of course, is to visit to taste. Tasting though is an eye-watering and expensive business with many estates asking around $50 (R750) to taste a few wines from their entry to mid-level range. Always make an appointment in advance as go as a wine student. 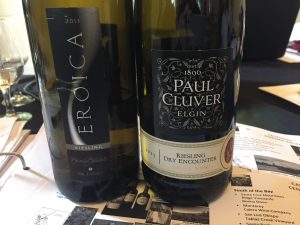 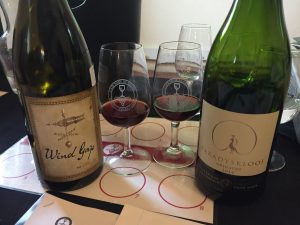 We were reminded, very timely for the next round of assignments and final exams, of the key 5 points to cover when describing a wine country or region. I had forgotten Dave’s mnemonic from Day 2 of Module 2: Let’s Continuously Study Very Seriously – for Location, Climate, Soils, Varieties and Style/Laws and classification. History is not included here but always fascinates as Dave told of the roller coaster development of the USA wine industry. It seems so many countries have had this rise and fall: from early establishment by European settlers or traders – in this instance from the East Coast to West Coast to follow thirsty speculators during the Gold Rush; to ruin by the Phylloxera louse in the 1870s/1880s; to major decline during Prohibition, the Great Depression and World Wars 1 and 2 (Europe too as well as Communism in Eastern Europe); to renaissance and re-investment from the 1960s; to the modern practices of vine management, cellar hygiene and winemaking to make better quality wines. The reputation of USA wines, as those for Spain and Italy, were given a major boost by the winning of an international competition, the so-called ‘Judgement of Paris’ in 1976 when Californian red and white wines beat the best French Bordeaux and Burgundy châteaux in blind-tasting. 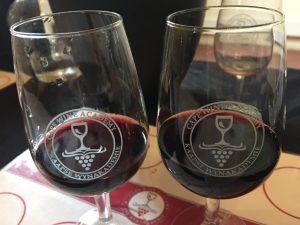 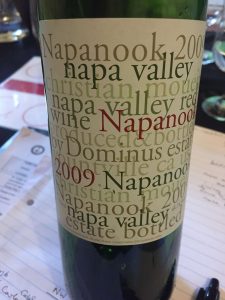 California is the biggest producer followed by Washington, New York State and Oregon, though the latter has world status despite being the smallest region. Latitude, as ever, means so much and it is no coincidence that +/- 34° is home to many of the world’s best wine areas: California, USA; Santiago, Chile; Mendoza, Argentina, the Barossa Valley, Australia; an even Stellenbosch in the Western Cape. I learned too that wine is produced in every American state. It was a relief to know that the system of wine classification was reasonably straightforward, with a hierarchy of Appellations of Origin from country to multi-state, to state and multi-county, to county and AVA (American Viticultural Area), down to individual vineyard. The AVAs differ vastly in size (56 hectares to 6.7 million hectares) so can hardly be terroir-based or even climate related. Unlike South Africa, where vintage and named variety wines must contain a minimum of 85% of the vintage or stated cultivar, the figure for USA wines of country classification or larger need contain only 75%. Your Pinot Noir might contain 25% of something else! That said, imported USA wines need comply with the South African 85% regulation and Oregon is pushing for close to 100% composition. 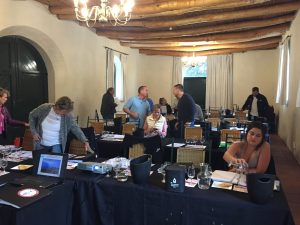 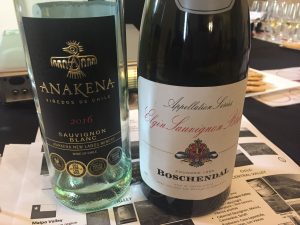 It was soon time to taste some wines and these came in a number of paired flights: Riesling from South Africa and California (I learned that the characteristic diesel aroma and flavour of a Riesling, so pronounced in South African wines, is a fault due to sunburn); a Sonoma Grenache and a South African Grenache; a Paarl Cabernet Sauvignon and a Napa Cabernet Sauvignon/Merlot. Not all were in good condition which is always a risk when tasting wines from other countries. Meanwhile, Dave taught about the Meritage wines, a trade mark for (mostly red) Bordeaux-styled wines containing the 5 permitted varieties; the influence of the cold Humboldt current to the California Coast; of cooler, relaxed and rural Sonoma Valley compared to the manicured, expensive, inland warmer Napa Valley; and the key regions we need focus on in Oregon and Washington State (Willamette and Columbia Valleys, respectively). Last, before morning coffee, we briefly moved further North to Canada to the regions of British Columbia and the ice wines of Ontario. Unfortunately, there were no Canadian wines for tasting. 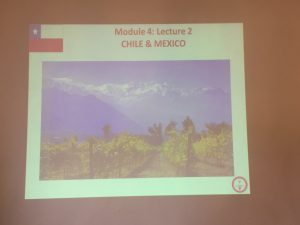 The coffee gave a welcome break after which we moved to the wines of Chile and Mexico. Chilean wines, not all of excellent quality, can be bought in South Africa and certainly far easier and more affordable than the wines of the USA and Canada. That is partly because Chile is a major world producer (currently 6th largest in the world) as well as a major exporter (4th biggest in the world). Chile is a country I long to visit, long and narrow – 1300 km long and up to 160 km wide – and with twice as much land under vine as South Africa (220,000 compared to 95,000 hectares). The country has moved beyond being a producer of cheap, bulk wine with an increasing focus on reliable, clean wines that it is good at producing. The initial plan was to make dark-skinned Carménère the signature grape until it was discovered that perhaps half of it was Merlot, the leaves of cuttings looking very similar. Casillero del Diablo is most common brand sold in South Africa – we tasted a light, very pale Pinot Noir – and named the ‘Devil’s Locker’ to stop the workers drinking the wine in the winery. Dave related how the lights are turned off during the cellar tour, to the sound of flashes or red and white lights, for a scary devil experience. He recounted too the frustrations of visiting a country with little or no GPS or Vodacom signal, making it very difficult to travel with ease and to find where one seeks to go. 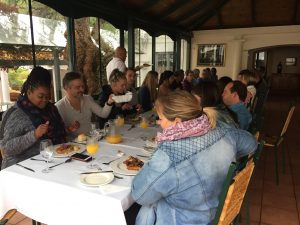 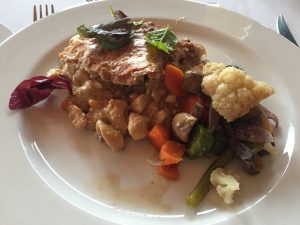 The next rounds of tasting, before heading to Mexico, include Sauvignons Blanc and Syrah from Chile and South Africa. Chilean red wines are known for the ‘blackcurrant pastille’ flavours and so always a clue to look out for in blind tasting. There was little to be told of Mexico whose wines are of New World-style as the country has made wine for over 500 years. Far better known for Tequila, the most significant wine area is Baja California – with vineyards about half the area of South Africa, in the far North that relies on cooling sea breezes to keep temperatures down. A mix of French and Italian red and white varieties are grown, including the local black grape Mission that was the first vinifera wine to reach the Americas. 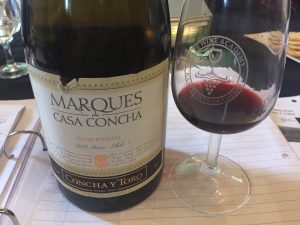 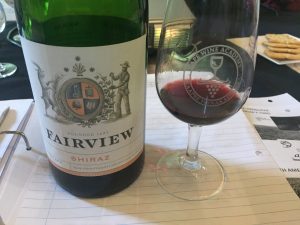 The final lecture, after lunch of chicken pie and malva pudding, covered the remainder of South America. Argentina is the best known producer with the wine regions some 2,000 kilometres inland up against the Andes. The best known Mendoza wine region is barely 400 kilometres from Maipo, Chile on the opposite side of the mountains. Argentina used to claim to have the highest vineyard in the world – the Bodega Colomé estate at 3,000m above sea level – but this has been surpassed in Nepal. Malbec is Argentina’s signature grape that thrives in the dry inland conditions which mean that most vineyards are irrigated from pure melt water from the mountain snow. We ended by briefly touching on Brazil and Uruguay (known for the ripe blackberry fruited Tannat) as we sampled more wines. These included Malbec from Argentina and South Africa, not easy to distinguish on blind tasting, as well as a South African Riesling and a Torrontés/Riesling wine from Argentina. Torrontés is Argentina’s speciality white grape from the Salta region in the North-West of the country. The wine did not show the characteristic lemon zest, geranium, rose and peach flavours but a distinct aroma of Thai green curry. 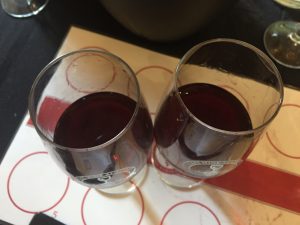 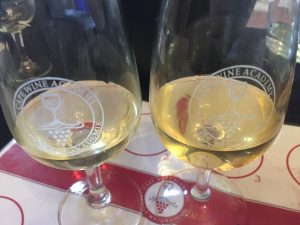 Disappointingly, we finished half an hour early. It left me wanting more and especially to know more about the regions and the wines of the USA. The United States is such a world player that just 2½ hours out of more than 45 hours for the Diploma Course seems inadequate. I understand the principles of self study but I would like to have heard more about the wines of each region and their characteristics. The lectures as do the accompanying notes, for example, covered far more about the regions and their cultivars than their wines. I would have wanted to learn more about the style and characteristic of a Californian Cabernet Sauvignon or Chardonnay and how it compares with one from South Africa, France, Australia or elsewhere, or of the difference between an Oregon and a Washington Pinot Noir, or tasted a Zinfandel or even a Carménère. 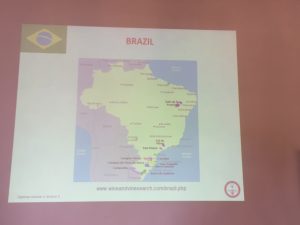 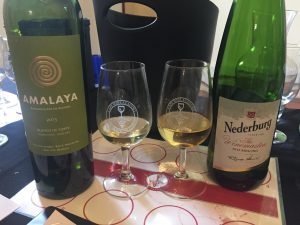 These misgivings are serious for a course that is about the wines of the world and which, as Dave said at the start, have to be tasted to know the country. They would have been lessened had the wines been available for tasting but they were not. I know that the USA wines are difficult – but not impossible to source – and the Cape Wine Academy needs to do so. I was not the only student to voice these concerns at the end of the lectures. We raised these points after with the Cape Wine Academy Director and received a positive response that was constructive and helpful. I am sure we will have the chance to taste many before the end of the course, before our final Blind Tasting Exam in mid-June. Meanwhile, there are just 2 days of lectures to go before I finish my Diploma training. Yay! 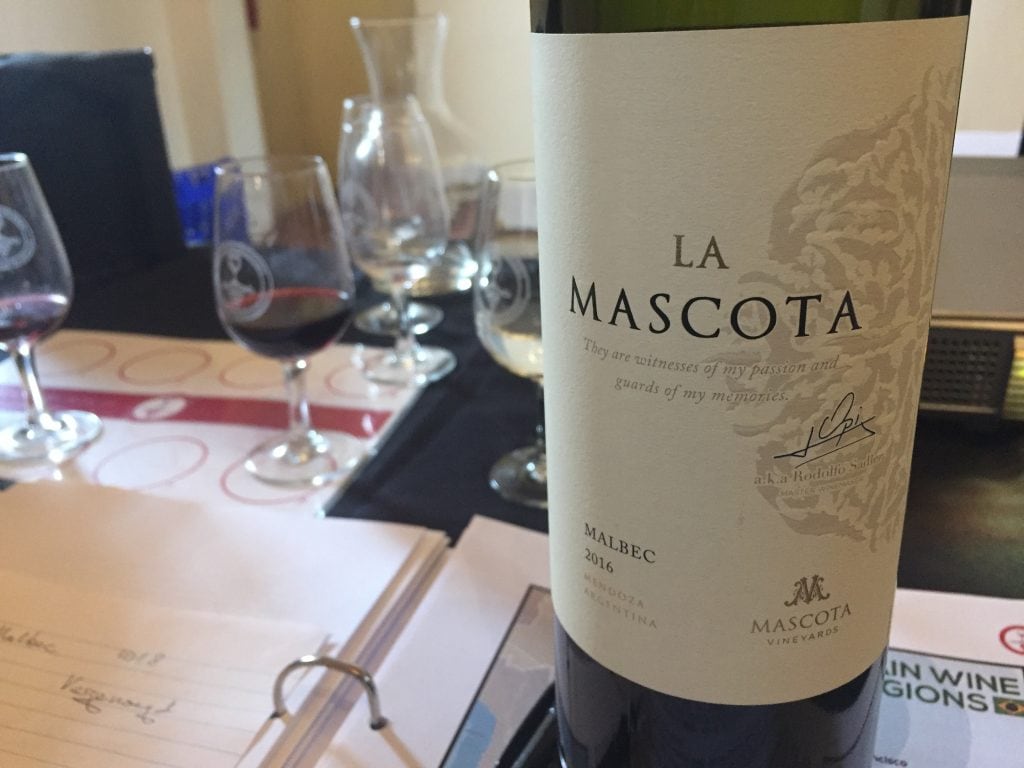