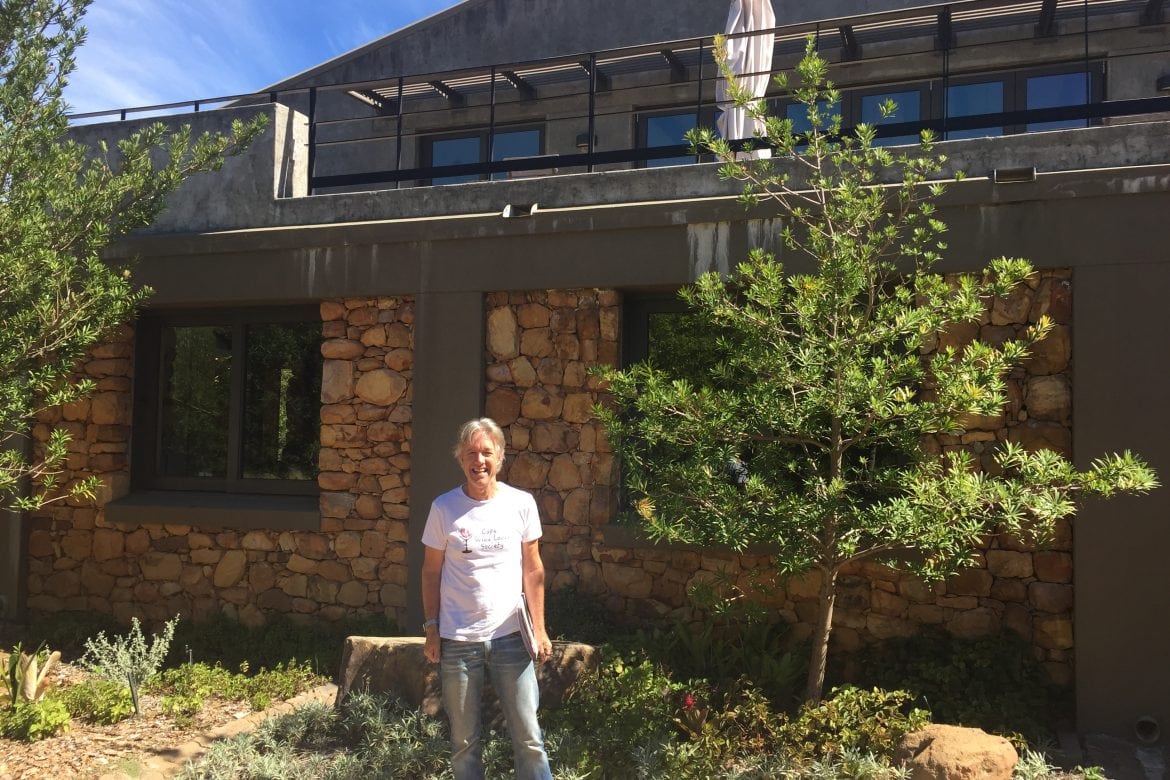 I had wanted to visit Keermont Vineyards ever since tasting their excellent Syrah at the Charcuterie & Shiraz Festival in Franschhoek last year. My Cape Wine Academy Diploma student friend lives in Somerset West and so I combined a visit to nearby Keermont and Dornier estates. Both farms lie in the Upper Blaauwklippen Valley South of Stellenbosch. Keermont, tantalisingly and precisely, was open only on Friday mornings between 10.30am to 1.30pm (or by appointment) which hinted also at somewhere special. 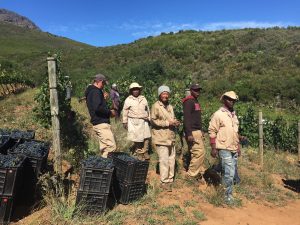 As I drove up the valley the road steepened and narrowed, almost to single track, with increasing numbers of potholes (avoidable). The Stellenbosch and Helderberg Mountains rose up on both sides of the valley that were clothed with lush green fynbos on their slopes beneath rocky outcrops at the peaks. It was easy to see why the valley is also called Paradyskloof (Paradise Valley). I knew little of the area beforehand and, whilst passing Tamboerskloof Kleinood Wine and Waterford Estate, with De Trafford Wines ahead at the top of the valley, I vowed soon to return. 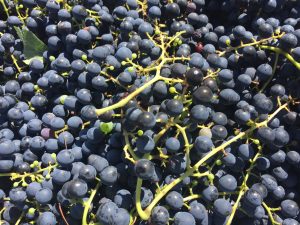 Keermont was well signposted with distance markers counting down the approach to the farm. On my right, as I drew close, workers were harvesting the final grapes of the season. They told me they were Petit Verdot as I took a photograph, pausing to taste some of the small berried, spherical dark grapes. I parked and walked to the imposing cellar building. Originally built to house a spring water bottling plant on the Springfontein, one of 5 rivers feeding the property, it makes a perfect facility for an estate winery. 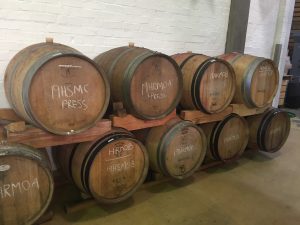 I met Alex on my arrival who I had spoken with the day before to check on the published opening times. He has worked at Keermont since the farm was redeveloped in 2005 and is in charge of the vineyards and winemaking. The responsibility for viticulture and viniculture on many larger farms is often split (frequently between family members). It makes sense to combine for one person given the truism that ‘all good wines are made in the vineyard’. Alex was expecting a party of 28 guests but had time to show my friend and I around the winery. 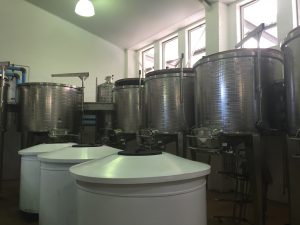 He explained that a wide variety of grapes are grown on 28 hectares of the 156 hectare property (most of the remainder is set aside for conservation under the Biodiversity & Wine Initiative). These were planted over 7 years since the Wraith family owners moved from Gauteng to buy the farm in 2005, adding to an existing 8 hectares of vines. The Keermont website – one of the most informative I have come across – lists 7 red and 6 white varieties. Chenin Blanc and Syrah dominate, as they do the wines, with a full spread of Bordeaux and Rhône cultivars. Small pockets of each are grown amid the diverse terroir. Altitude on the warmer North-facing Helderberg slopes and the cooler West-facing Stellenbosch range varies from 250 metres to 400 metres, as do the deep, rich red loam and quartzitic sandstone soils. 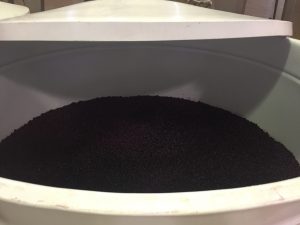 I was soon to learn from tasting how much care and attention contributes to the winemaking. The approach is traditional and with minimal intervention in order to preserve the natural fruits. Natural yeasts are used with fermentation carried out in 1 tonne plastic tubs. There is no acidification and wines are filtered only if necessary. Red wines are aged in mostly 2nd/3rd fill French barrels for 22-24 months that ties in well with the annual winemaking cycle. Bottling and labelling are largely done by hand, using Keermont staff and equipment to maintain estate integrity of the wines. 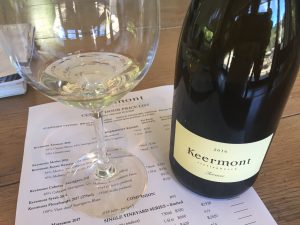 By now I was eager to head upstairs to the Tasting Room and sample some wines. Alex handed me over to Juanita for the tasting who also looks after local and international sales. I immediately liked the first wine, a white blend called the Terrasse. Unusually made using Chenin Blanc, Sauvignon Blanc, Viognier and Chardonnay, the 4 varieties combined well for a refreshingly, complex and intense fruity wine with body and weight. One year of maturation in 2nd/3rd fill oak added texture and flavour that did not detract from the natural elegance of the wine and its bright acidity. 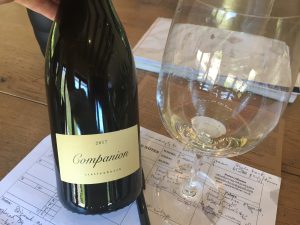 Marsanne is rarely grown in South Africa but is commonly grown alongside (and blended with) the more aromatic Roussanne in the Northern Rhône Valley, France. Dave March, my Cape Wine Academy Diploma instructor for the region, used the metaphor that Marsanne is a female rugby player and Roussanne a ballet dancer to describe the characteristics of the 2 cultivars. The 2017 wine was the first vintage made at Keermont and from 3 year old vines to make just 639 bottles. The lightly oaked, shiny wine was greener in colour than the Terrasse. It was similarly refreshing with nutty, lemon and lime citrus flavours, a clean mouth feel, and a good intensity on the palate. It was excellent value too at just R95 a bottle. 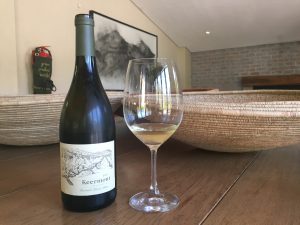 I rated the Single Vineyard Chenin Blanc, made from 48 year old bush vines, the same as the first 2 wines. This was a lean style Chenin with shy and refined aromas of lemon, white honey and tropical fruits, together with a dry and bright acidic palate. I liked the unstated elegance and clean mouth feel of the wine. 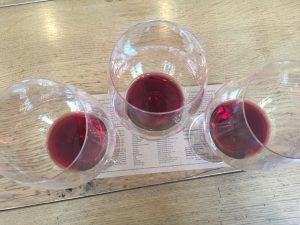 Keermont is known for Syrah and so it was great to taste the next 3 wines alongside each other. I was immediately struck by the pale colour and body of the wines, though perhaps should not have been having tasted the elegant style of the white wines. The Keermont Syrah is made from 3 blocks and showed good purple, ruby colour. It was spicy, fruity in character with a smokiness that followed through to the palate. The balance was excellent. 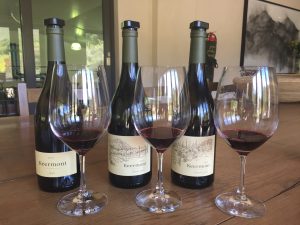 The next 2 Single Vineyard series Syrah were both of the same vintage but from different single vineyards on the estate. This was a rare chance to compare 2 very similar wines. I recall tasting Chardonnay from limestone and sandstone at De Wetshof and 2 Cabernets Franc at Rainbow’s End that differed only in clone. This was a rare treat indeed. The Topside Syrah grows on clay, loam and granitic soils in the most elevated block on a North-facing ridge that faces the sun and therefore gains power and structure. In contrast, the Steepside vines grow on steeper slopes of sandstone and granite, in rows that are contoured in a North-South direction, to produce wines that are spicy and with fine tannins. 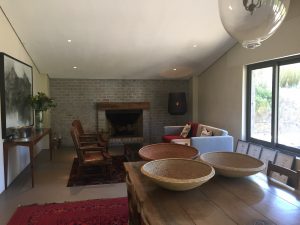 I wondered if I could taste the difference and, if so, which I would prefer. Both wines showed the lighter style and were well made, as indeed all the wines I tasted so far. They were less pepper spicy than the Keermont wine. The Topside was almost Cabernet Franc in character, with a greater intensity of fruit than the Steepside. I preferred the Steepside but there was little between the 2 wines. It was slightly darker in colour and with more red fruits. I liked the savoury earthiness and greater depth of flavour on the palate. 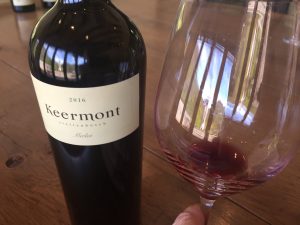 The next wines were from the Keermont Range which, though lacking some of the elegance and finesse of the Single Vineyard wines, were nonetheless excellent. Decent Merlot are hard to find but I liked the contrast from the Syrah, being red fruited and with sweeter notes – cherry, plum and slight baking spice – and a good grip on the palate. The Cabernet Sauvignon showed similar depth of colour with obvious greater structure and tighter tannins, though still light in style. The wine showed a good complexity of distinct dark berries, cassis and bramble. 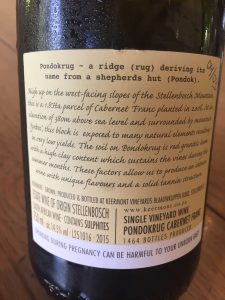 Cabernet Franc is a favourite wine of mine, my tasting friend too. The Pondokrug Single Vineyard wine – ‘pondok’ means Shepherd’s hut and ‘rug’ means ridge – is made from vines on the highest slopes and at the same level as the Topside Syrah. 2015 was the second vintage made. The wine had superb red berry, raspberry, strawberry, redcurrant, blackcurrant and savoury herb complexity on the nose that invited more. It was delicate and feminine on the palate with perfume and a green stalkiness that is characteristic of the cooler area wines. The depth and intensity in the mouth were excellent as was the lengthy finish. It was my favourite wine of the tasting. 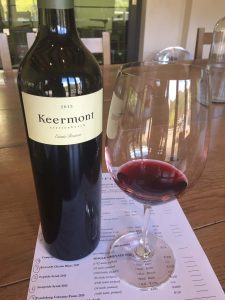 Two more wines remained. The Merlot-led Bordeaux-style Estate Reserve blend (with 6% added Syrah) was matured for 2 years in old oak (5% new). It was Right Bank in character with each cultivar contributing to a very complex wine with flavours of redcurrant, cassis, bramble and plum. The tannins showed decent structure. This was an approachable and drinkable wine now but one that will also improve with age. 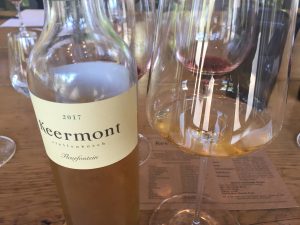 Last, but by no means least, was a dessert wine made from Sauvignon Blanc. It is called Fleurfontein after the beautiful ‘flower fountain’ spring that is found on the farm. The Straw-style wine is made with vine-dried grapes using a technique first used by the Greeks and Romans in which the stems of the grape bunches are strangled on the vine during the growing season to dry them out and to increase sugar concentration. It is a technique I have seen but once before in South Africa, for a Muscat wine at Solms-Delta Wines near Franschhoek. The wine is matured for 18 months in French and Hungarian oak. It was served in delicate, hand-made Zalto glasses that matched the elegance of the pale to medium gold wine. Flavours of honey, nougat, dried apricots and dried mango were sweet and delicious for a clean and memorable palate. 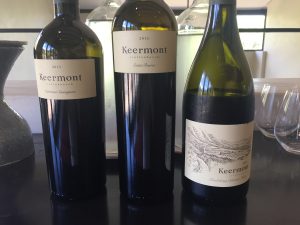 I recall my friend remaking as we left – with me clutching 4 bottles of wine – that we had been at Keermont for over 2 hours such was the welcome and hospitality of all the staff. The wines were superb and I could easily have bought several bottle of each wine. The wines were all served at the correct temperature too. One might think that is a given but sadly not the case, even for some of the most prestigious and historic South African vineyards.These were serious wines, with those of the limited Single Vineyard series worthy of their serious prices. I recall too my friend Johann Innerhofer from little-known Capelands Wine Farm, not so far away at the base of Sir Lowry’s Pass, telling me that ‘it is easy to make powerful wines, anyone can’ but that ‘the trick is to make an elegant wine which is much harder to achieve’. Keermont has achieved that rare trick with its lighter style wines that retain depth, complexity and intensity. 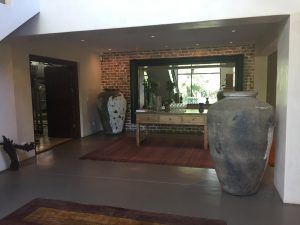 I am delighted to award the estate and its wines a rare double 5/5. Keermont is a vineyard from which I would buy any wine ‘blind’ and without tasting and thus on quite a short list from the 175 wineries I have visited for tasting. I should mention too that the printed and online information is also of the highest quality. Oddly, I never did find out the meaning or origin of ‘Keermont’. Now that is reason, if not excuse, to return for another visit to taste and buy the excellent wines … 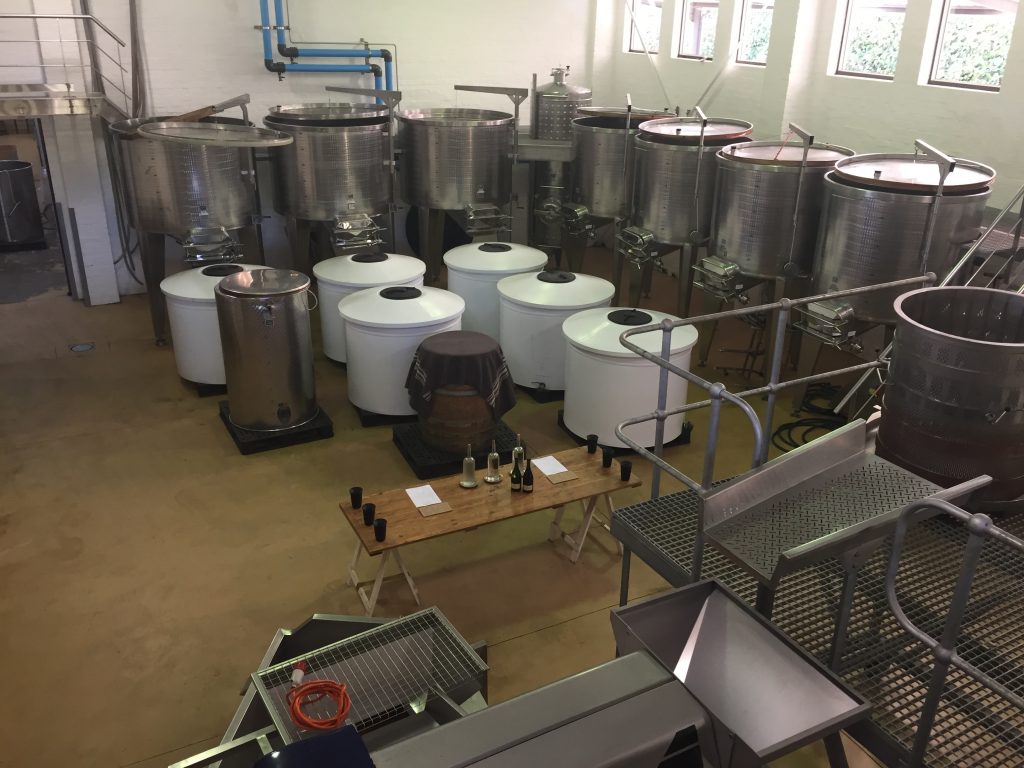