Home/Experience 3.5/At the Bend in the Road in Bot River

At the Bend in the Road in Bot River 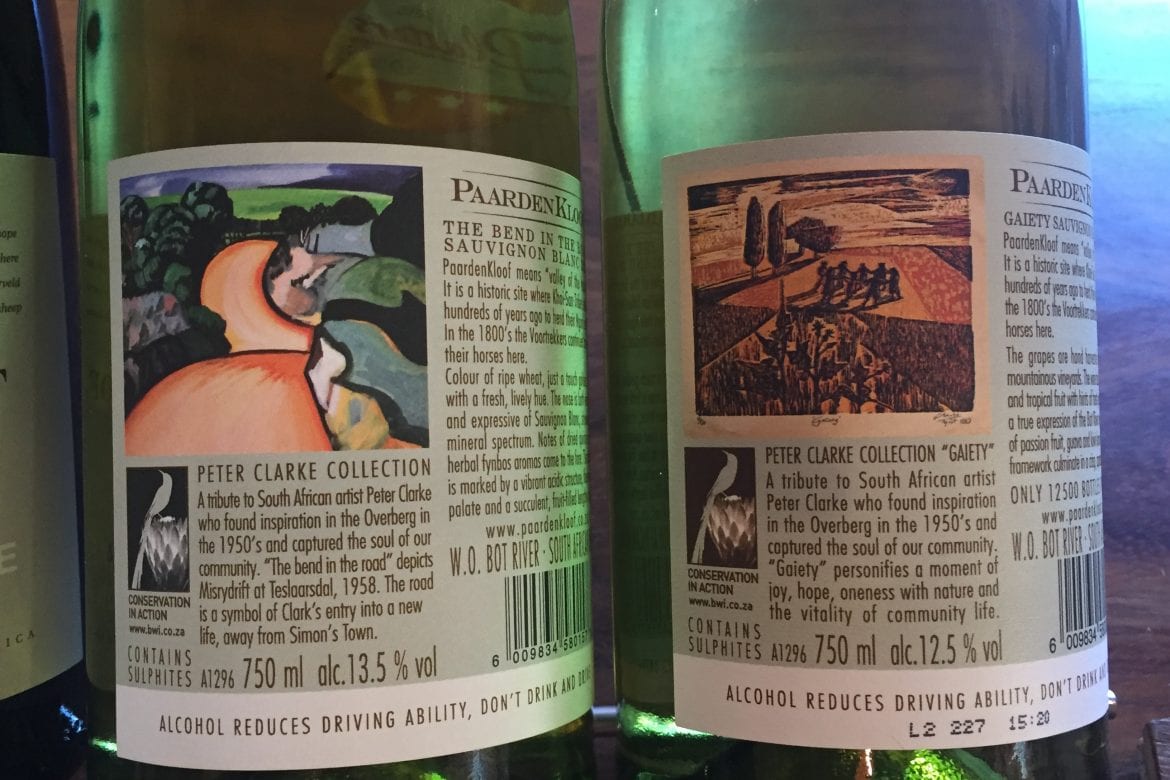 My last tasting of the day out to the Bot River vineyards was something of a double header. I visited Paarden Kloof Estate that also bottles wines under a second label called the Ecology Range. Paarden Kloof made for an unusual setting in that tasting of their wines was at the Ecology Lifestyle Farm on the R43 south of Bot River and the N2, towards Kleinmond. The rather quaint venue, partly under construction, was more like a padstal-come-restaurant (open Wednesday to Sunday) offering fresh farm basics, picnic gifts, a tea garden, fresh cut flowers, protea décor and a protea nursery, as well as selling the wines. The Platter’s Guide mentions a petting zoo and jungle gym too but I did not see these. 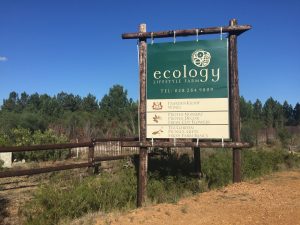 Vines make up a small part of the 1430 hectare fynbos-rich estate (just 24 hectares grow Sauvignon Blanc, Pinotage, Cabernet Sauvignon and Shiraz) that lies between the Swart, Gouka and Lieeu Rivers on the slopes of the Babilonstoring Mountain to the South. Paarden Kloof means ‘valley of the horses’ in Dutch which celebrates the time in the 1600s when the valley was used as a veterinary base for the Voortrekker horses. Earlier still, the Khoisan tended their cattle herds on the river banks and traded butter with the European pioneers. Bot River is so named from the Afrikaans word ‘botter’ meaning butter. The Paarden Kloof estate boasts a herd of some 200 Nguni cattle and more than 400 sheep, watched over by their Anatolian shepherd guard dogs. 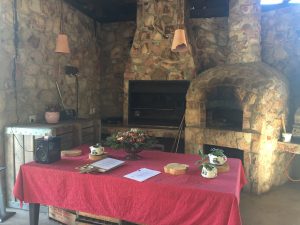 Daphne was my friendly host for the tasting that included wines from both the Paarden Kloof and Ecology ranges, the latter launched in 2018 primarily for the restaurant. We sat in the covered Restaurant area at the rear of the property with its lovely view over a grassy lawn and trees beyond. 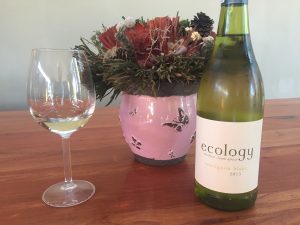 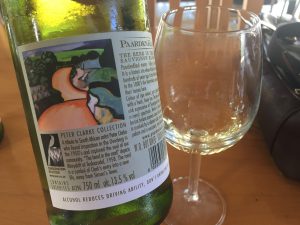 We began with 3 white wines, all Sauvignons Blanc in increasing age and made by different winemakers. The Ecology wine was shiny bright with shy green aromas of line, lemon and beeswax that grew in complexity in the glass. The acidity was fresh to the point of being slightly tart that suggested some added acid or very early picking. I preferred the ‘Bend in the Road’ wine that also was very shiny and bright, to the point of almost being clear in colour. The wine was more forwards on the nose with a good intensity of sweet citrus notes that turned more guava and tropical fruit salad as it warmed. The wine was richer on the palate with a more rounded acidity. 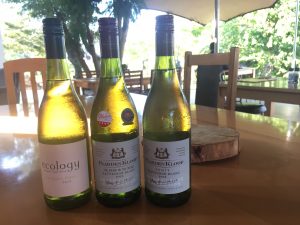 The 2012 Paarden Kloof vintage, ‘Gaiety’, was my favourite of the 3 wines. It had a different fruit profile to the other 2 Sauvignons Blanc, showing warmer tropical flavours of litchi, guava, pineapple and gooseberry. I liked the softer acidity and better length from some development in the bottle. 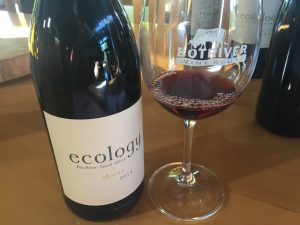 Two Shiraz followed and from much older vintages than typical for a tasting, that reminded me of the older wines I had tasted at High Constantia and Le Manoir de Brendel. The 2014 Shiraz from the Ecology range was medium bodied with characteristic currant, berry and black peppery spice aromas. Made in a lighter style than many a Shiraz, the tannins emerged on the palate to dominate the finish. 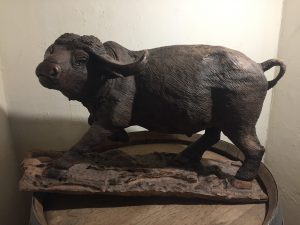 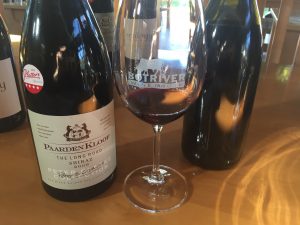 The 2009 vintage was better still and good for its age. It had greater body and complexity than the 2014 wine. I picked out cassis and bramble on the nose, with liquorice and black pepper too, subtler than the Ecology Shiraz. Spicy flavours showed on the palate with softer tannins for an above average length. 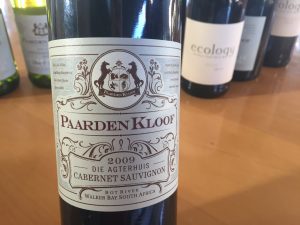 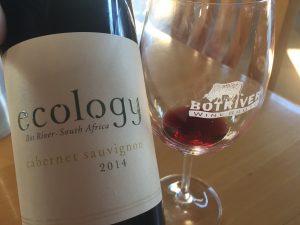 The last 2 wines of the tasting included a similar pairing for comparison between a 2014 Ecology wine and a 2009 Paarden Kloof wine, this time for Cabernet Sauvignon. The first was warm and rich on the nose with red and dark fruit aromas showing moderate complexity. Like the Shiraz, it had a light mouth feel but with firm tannins and good acidity. This will age well. 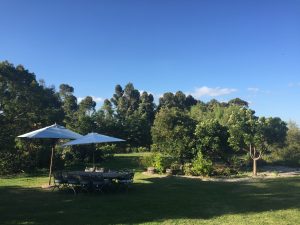 ‘Die Agterhuis’ is Afrikaans for ‘the house at the back, far away’, Daphne explained. The name comes from a small cottage that was built in the mountains – no one knows when or why built – that was lived in by a woman at a time when women could not divorce and so she left to live in the hills alone. The flagship wine was one of 6430 limited release bottles and my favourite of the tasting. The fruits on the nose were distinct to show good complexity – cherry, red plum, mulberry and tobacco – and the typically grippy Cabernet Sauvignon tannins smooth, rounded and well balanced on the palate. 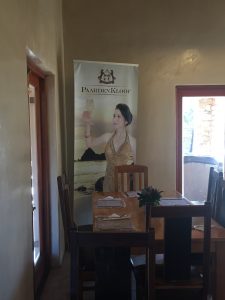 As I left, Daphne showed me the small, intimate Tasting Room at the front of the building that showed signs of future improvements. She pointed out the artwork on the rear of the Paarden Kloof bottle labels. The landscape artist was Peter Clarke who was a top black Overberg painter in the 1960s. He was self-taught and a former dockworker who was forcibly removed from Simonstown to a flat in Ocean View, where Daphne had visited him. 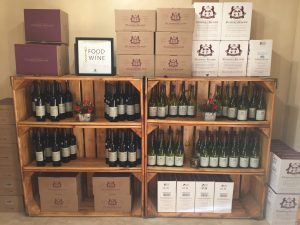 My visit to Paarden Kloof made for a relaxed end of my day and I thoroughly enjoyed the tasting. It was good to be able to sample some older wines at a tasting – who says that Sauvignon Blanc cannot be drunk a few years after bottling? – at this rather quirky establishment. 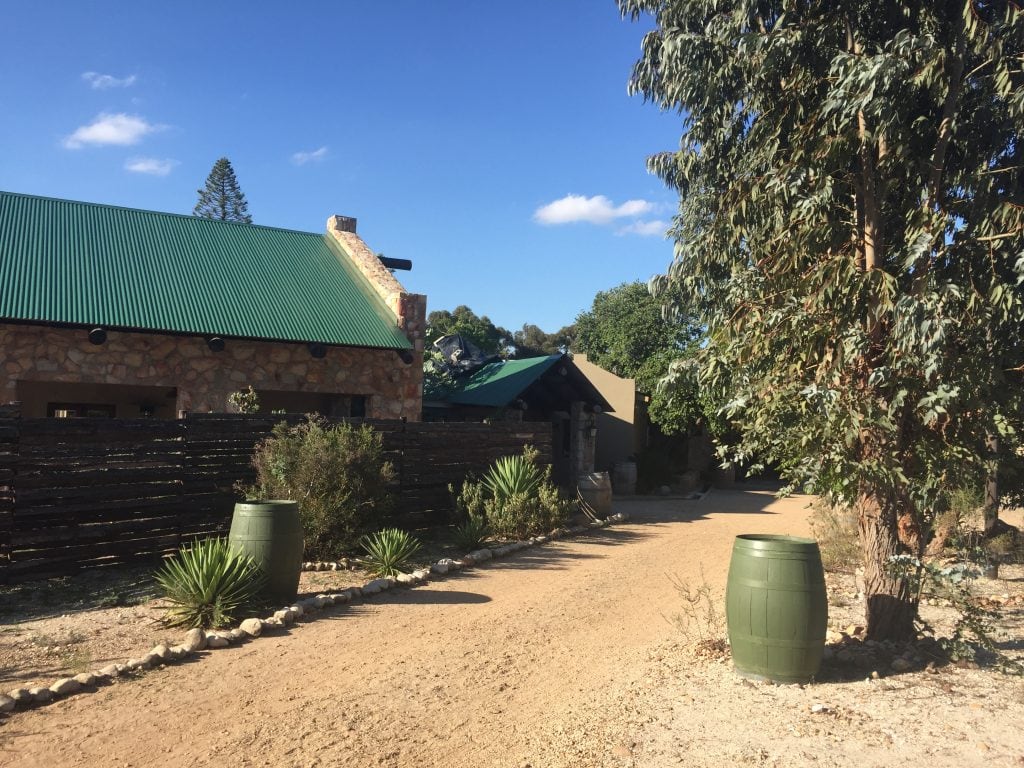