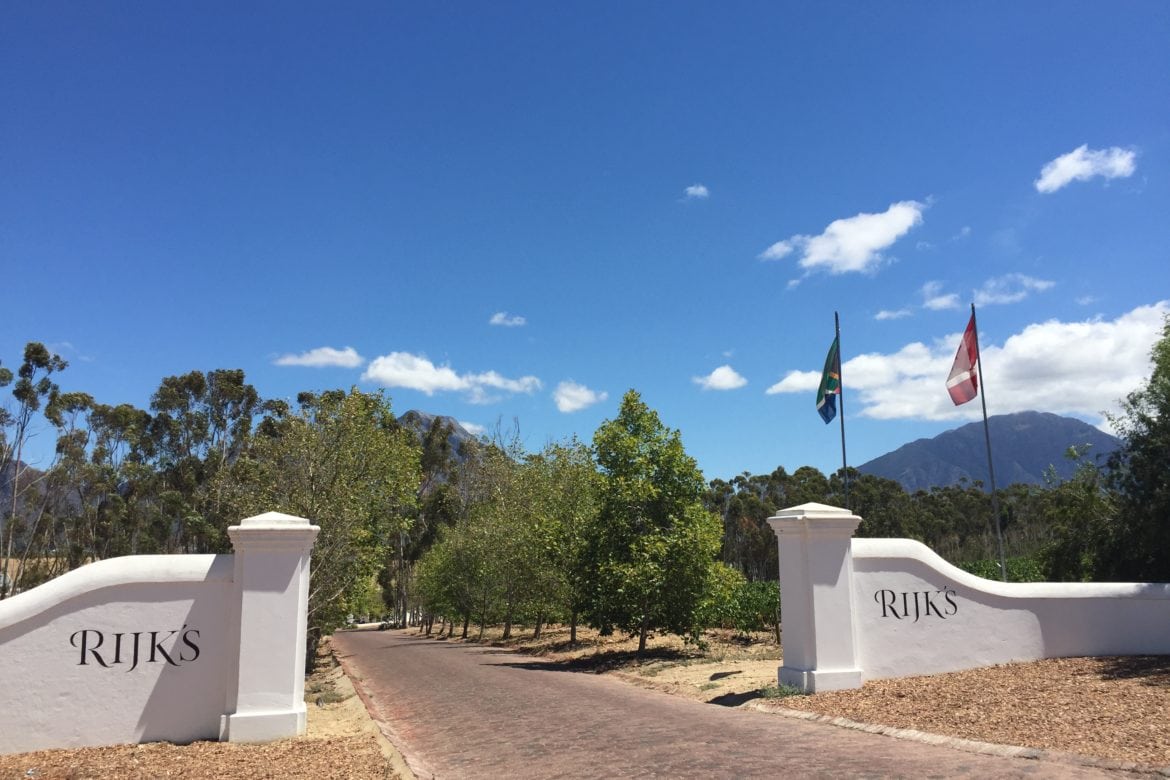 I had an awkward length of time to kill between tasting appointments at Lateganskop Winery and the Manley Private Cellar and so I ventured to Tulbagh to Rijk’s Private Cellar for a lunchtime tasting. I was excited as it was to be my first tasting at a Tulbagh wine estate. The road from Wolseley to Tulbagh passed through glorious views of the Winterhoek, Saronsberg and Witzenberg mountains. Adjacent fields were bleached white by the summer sun and drought, their corn and wheat harvests long over to leave cattle grazing on the stubble. 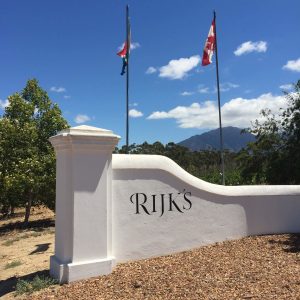 I soon found myself on the Tulbagh ‘Wyneroute’ and driving past places new and seen before, with evocative names like the Hillbilly Farmstall, Harvest Table Restaurant, Fynbos Guest House, Arum Lily Cottages, Waverly Hills Organic Wine Estate and Honey Farm. It was through Tulbagh, a seeming time capsule, and to Rijk’s beyond. The entrance was flanked by sweeping white walls with the Rijk’s name writ large on them in distinctive brand designer font. The lane turned right and through vineyards heavy with Pinotage and Shiraz grapes. 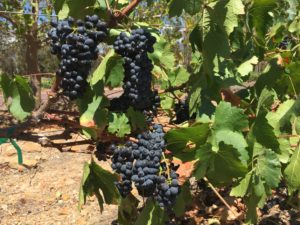 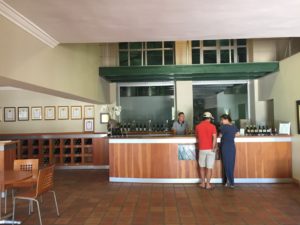 It took a while to find the Tasting Room as the immediate buildings form the Rijk’s Country Hotel complex. However, it was not long before I found my way to the large open Tasting Room, sparsely decorated and with walls full of award certificates. Tiger was my tasting host (R70 for 7 wines, 1 unavailable), aided by his younger brother and supported by crutches, having recently injured his lower back. 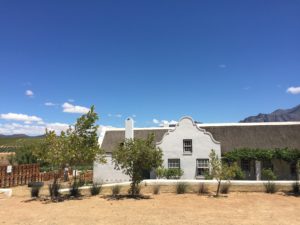 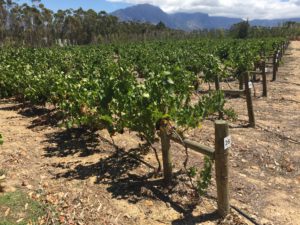 Rijk’s Private Cellar began in 1996 when Neville Dorrington and his family moved from Cape Town to grow and produce his own wine. He found the 137 hectare farm and planted vines on the virgin land. It was a brave move and against advice, Tulbagh being an area then unknown for winemaking. Thin topsoil, some 300mm in depth, overlays vertical shale and schist. This holds little water and thus restricts vine growth to produce small concentrated bunches and berries. Another benefit of shale is that it produces wines with a low pH that allows for long ageing of wines produced. 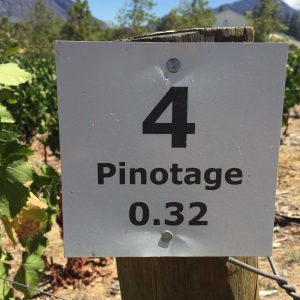 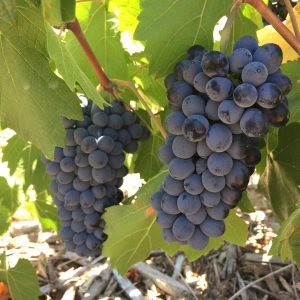 An initial 26 hectares of vines were planted in 1997: Sauvignon Blanc, Chardonnay, Chenin Blanc, Cabernet Sauvignon, Cabernet Franc, Merlot, Shiraz and Pinotage. Later, in 2011, it was decided to focus on Chenin Blanc, Shiraz and Pinotage as these were the best cultivars. The remaining vines were pulled out and replaced. Limited plantings of Chardonnay remain in the 39 hectares under vine today, together with some Viognier, Carignan, Grénache Noir, Mourvèdre and Tinta Amarela. Red wines make up 75% of current production. 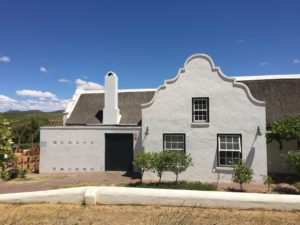 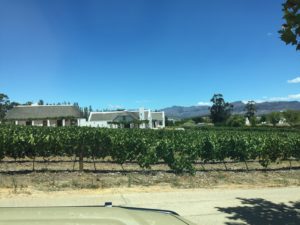 I learned after that the name Rijk’s Private Cellar originates from Rijk Tulbagh who was Governor of the Cape between 1751 and 1771. The town of Tulbagh is named after him. Rijk’s produces 3 ranges of wines – Touch of Oak (fruit-driven), Private Cellar (food-driven), and Reserve (flagship). The tasting included wines from the lower and mid range collections of the 3 cultivars that the Cellar is dedicated to produce. 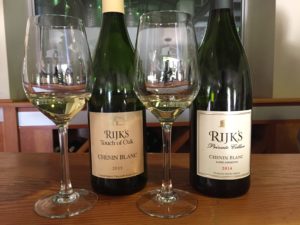 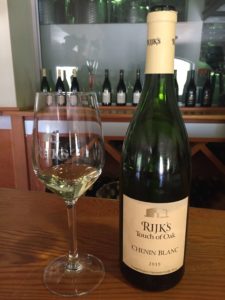 I thus chose to sample my wines in pairs, to allow ready comparison, beginning with Chenin Blanc. I rated then equally. The Touch of Oak, 20% barrel-fermented, showed an aromatic bouquet of lime, lemon, tangerine and honey, the intensity of which grew on the palate. Warmer, honeyed notes of citrus and grapefruit characterized the Private Cellar wine, aided by 80% barrel fermentation in a mix of French and Hungarian oak. It too showed moderate acidity on the palate and a good finish/follow through, with a pleasant rounded and creamy texture in the mouth. 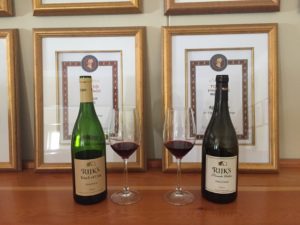 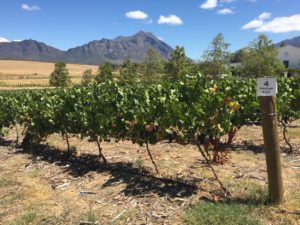 As for the reds, I preferred the Private Cellar wines to those from the Touch of Oak range. Both Pinotage were ruby red in colour with purple tinge. The Private Cellar wine was fuller in body, greater in depth and complexity of ripe red/black berries and stone fruit aromas than the entry level version. Oaky notes from the tannins showed through on the nose that were rounded and balanced on the palate, holding on from entry to a positive finish. The Touch of Oak showed good intensity too, of ripe plums, blueberry and black cherry on the nose and of dry firm tannins in the mouth. 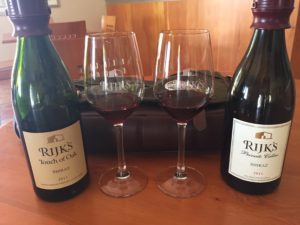 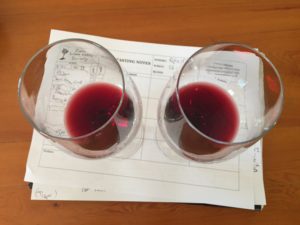 Shiraz made up the final 2 wines of the tasting, again from the same 2 ranges. The younger Touch of Oak (2013), matured for 18 months in 3rd/4th fill French oak, was classic berry fruit/spicy Shiraz with tight tannins and a decent finish. I preferred the older Private Cellar sibling (2011) which was my favourite wine of the tasting. It outscored on both nose and palate. The bouquet of cassis and dark berries with dark pepper spice made for a superb bouquet. I liked the intensity of flavour on the palate and smooth tannins that held on for a long, long finish. 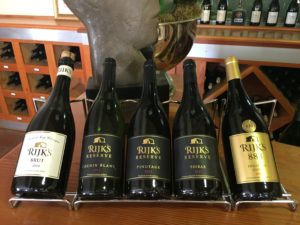 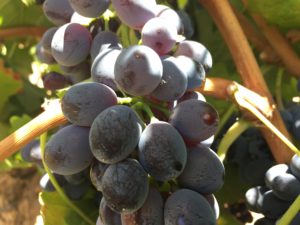 It is difficult to explain but I left the tasting at Rijk’s Private Cellar a little disappointed, perhaps even cheated. I reflected on afterwards to try determine why. Much stems from my excitement and expectation and the experience fell short of that. Rijk’s was an estate that I have long wanted to visit due to its deserved reputation excellent award-winning wines. I was surprised by the lack of choice of wines for tasting – an uncommon but not unique offering – and of just 3 cultivars. The Tasting Room was functional and somewhat lacking in character. It was just too large for the handful of people present, even for a Saturday, and would have had more atmosphere if it had been fuller. 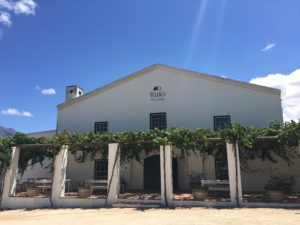 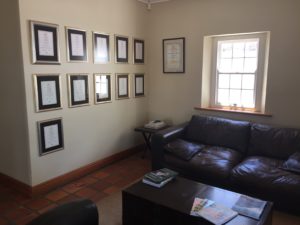 It would have been nice to have had some lunch or cheese board while tasting. I could have eaten at the Hotel but I didn’t want to move somewhere else as time was limited. I would have liked too more information about the Cellar and its history and the terroir – how do the vines cope with winter snow and summer drought, for example? Most of this content in my review comes from the informative Rijk’s website that I researched after. 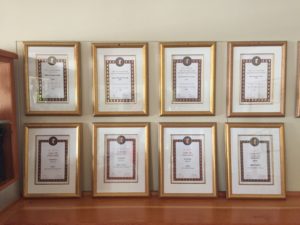 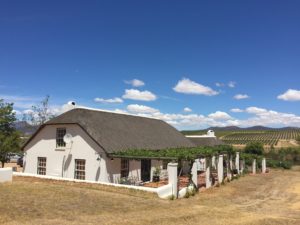 To end on a positive note (pun intended), Tiger was cheerful, polite and attentive, despite his limited mobility. I rated Rijk’s wines above average. The quality of the growing and of the winemaking shows through. The wines I tasted showed good quality by their intensity of aroma and concentration of flavour. The finishes were firm, if not better, and tannins well-incorporated. A few small additions and adjustments were missing for me that, if done, would have made a good tasting into an even better one. 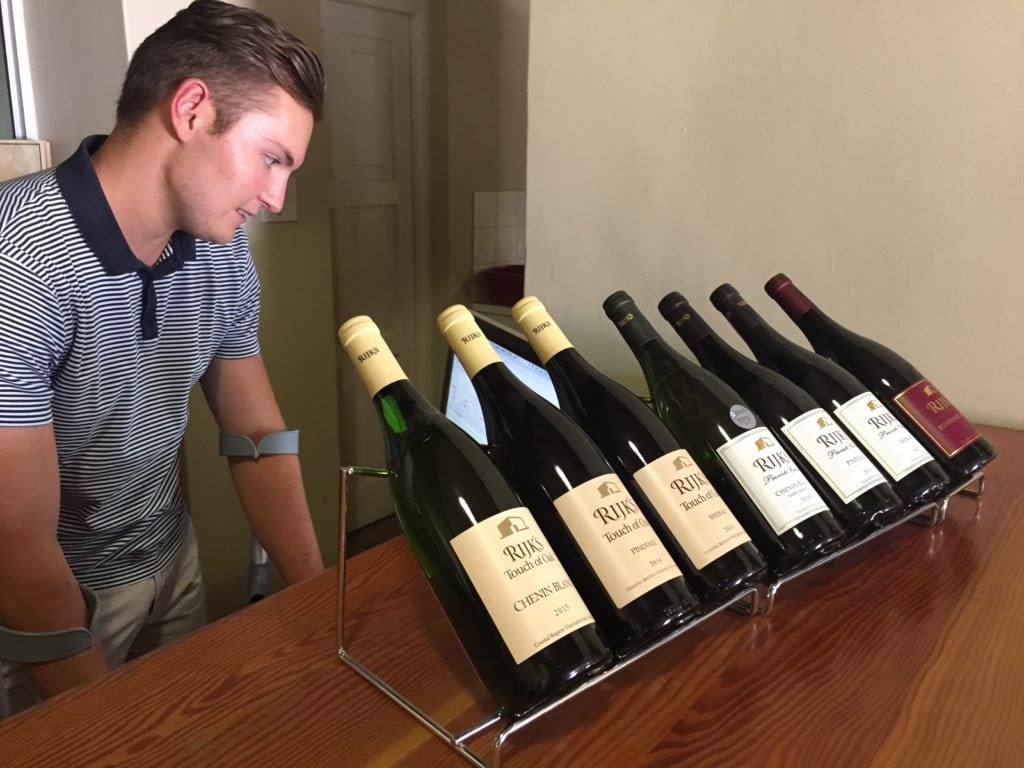