Home/Durbanville/There’s No Gun Smoke Without Wine

There’s No Gun Smoke Without Wine 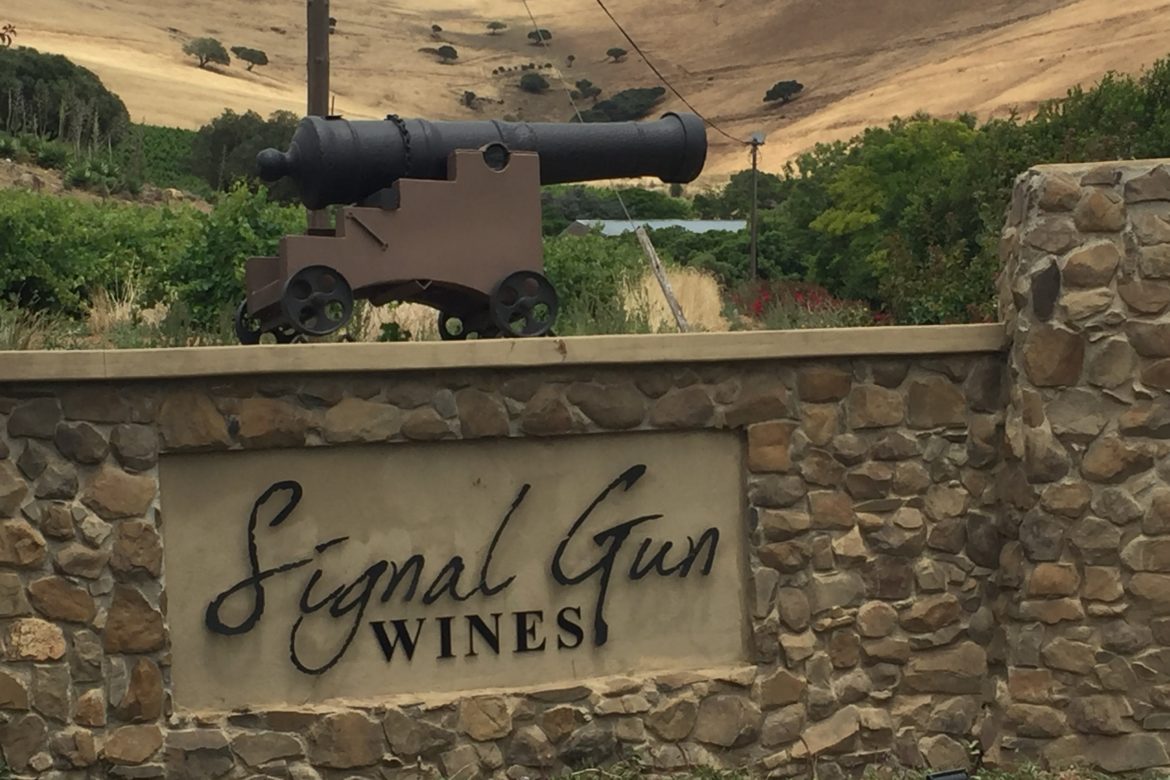 Signal Gun was within range of Canto Wines and easy to find at the top of the Hooggelegen Road. The shabby, potholed road slowly gained height, with Tin Hill ever visible with several communications masts and aerials on the horizon. Two kilometres later I turned into the dusty gravel car park that was surprisingly full for Wednesday lunchtime. 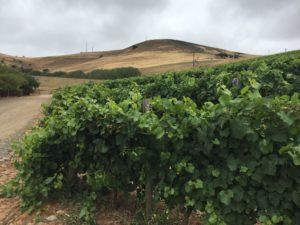 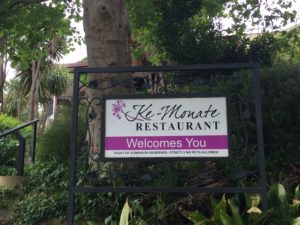 I soon learned that there’s more than wines at Signal Gun. There is the Ke-Monate Restaurant which means ‘dis lekker’ or ‘that’s nice’ when translated from Sotho (mother Elmi de Wet grew up in the Free State and her first language was Sotho). There are game drives up Hoogeberg Hill where you can see Eland, Black Wildebeest, Springbok, Zebra, Bontebok and Grey Rhysbok. There’s craft beer too, the first in the Durbanville Valley, made by the Hoogeberg Brewing Company. Other attractions include live music at weekends. 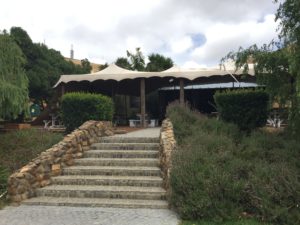 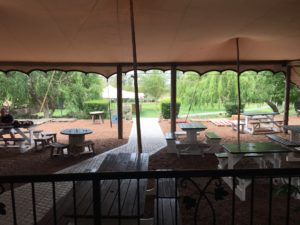 I was at Signal Gun to taste the wines. The Tasting Room – in ‘Die Stal’ – was up stone steps towards the rear of the property. I passed several ancient canons on the way, indeed at the entrance too. They originally formed a chain stretching from Signal Hill, Cape Town via Durbanville to Citrusdal in the North-West; Worcester in the North; and via Tygerberg to Swellendam and Suurbraak beyond in the East. The VOK installed some 50 canons 300 years ago to alert the Burgher Militia to defend the Cape. One of the original guns is still in use and is fired at 1pm on the first Saturday of each month. 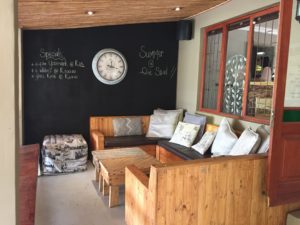 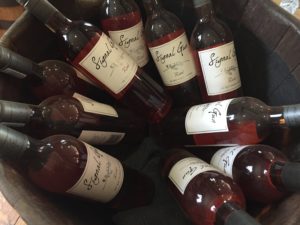 Enough of history, I was here to taste the wines. Keith was my tasting host who explained that I could opt for either the Premium Range Tasting (4 wines from 7, R50) or the De Wit Family Reserve Tasting (3 wines, R50). I chose both and made my selection of Premium wines. I ordered a cheese platter too (R150) as I was hungry. It was wholesome and basic and did the job without complaint. 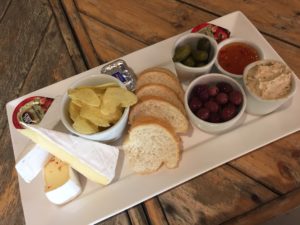 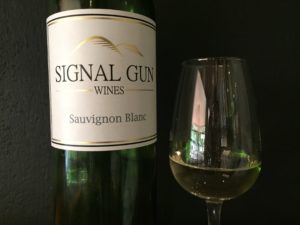 Each of the 3 Premium white wines contained Sauvignon Blanc. Keith claimed that the vines were grown at the highest altitude in the Cape but I was not so sure. What about those grown at Cederberg Wines? Those are surely grown at higher altitude? The first wine was a single cultivar Sauvignon Blanc – one of the first few Wine of Origin Cape Town wines I have seen since the new wine District was formed – that was fresh and youthful. Complexity of guava, kiwi, melon, gooseberry and greengage fruit aromas was good but the wine was unbalanced towards a tart acidity that marred the palate. 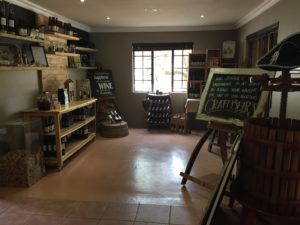 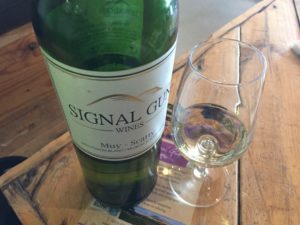 The first blend was called Muy Scatty. The name is what owner MJ affectionately calls his wife but is also a play on words of the grape ‘Muscat’ as Hanepoot (Afrikaans for Muscat d’Alexandrie) forms 40% of the blend. Pale, watery straw in appearance, the wine unsurprisingly was very fruity on the nose. The Hanepoot overpowered any Sauvignon Blanc aromas with notes of litchi, apricot and floral honeysuckle that made it almost Gewürztraminer-like in character. Fresh Sauvignon Blanc acidity emerged on the palate to confuse. It was not a wine I liked. 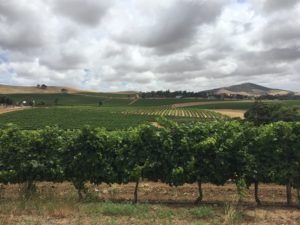 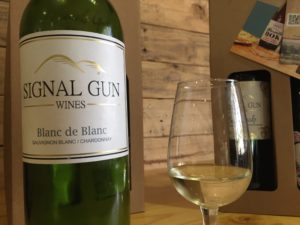 The Sauvignon Blanc-led Blanc de Blancs was much preferred. Keith explained that it is always made with Sauvignon Blanc with one other cultivar (Chenin Blanc for the last vintage). The fruity aromas of guava, kiwi and lemon were more subtle, though there was too much fresh acidity on the palate. 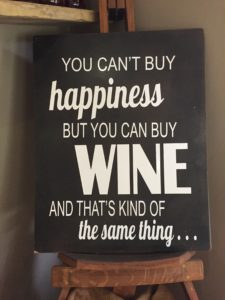 I learned after that Winemaker MJ de Wit first made wines in 2006 as a hobby. The family-owned farm has been around in the Durbanville area for 5 generations. Some 95 hectares of the 220 hectare property are under vine. The Sauvignon Blanc, Chardonnay, Merlot, Pinotage, Cabernet Sauvignon and Shiraz grapes make 6,500 cases a year with white and red wines in equal amount. MJ has a side hobby of restoring and firing the canon. 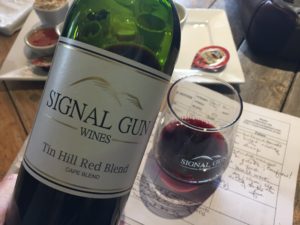 The sole red wine of the Premium tasting was the Tin Hill Cape Blend. Unusually, as Cape Blends tend to contain more, there were just 2 cultivars. Merlot-led (70%), the juicy Pinotage notes of red and black plum, together with a slight acetone tinge, were to the fore. Unusually too, it was served in a stemless glass that was etched with the Signal Gun logo. The glass was for keeping which was a nice touch. The fruitiness followed through on the palate to match tight, young tannins. 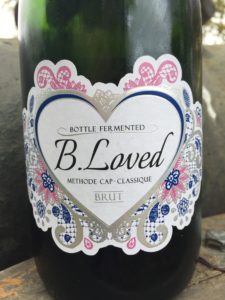 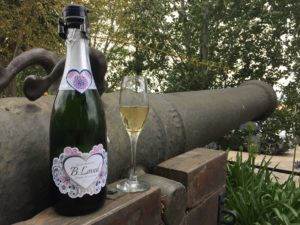 The Reserve Tasting did not involve a choice of wines. First up was the Signal Gun MCC called B.Loved. The bottle has one of the prettiest and most feminine labels I have seen. Fine rising bubbles gave a good intensity of creamy apple, lemon and citrus aromas. Off-dry lime flavours emerged on the palate with moderate weight as the bubbles disappeared all too soon. 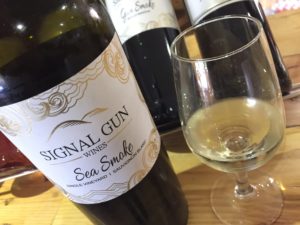 The final white wine of the tasting was the Reserve Sauvignon Blanc, called Sea Smoke because early morning mists lie on the vines. This was a much better wine than the Premium Sauvignon Blanc with improved complexity, though still with shy notes of lemongrass, green pepper, lime, litchi and kiwi. The flavours held up well on the palate with a dry acidity and a bright finish. It was my favourite wine. 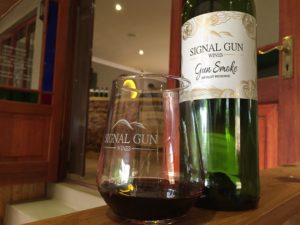 Last up was the Gun Smoke Reserve Merlot, medium bodied and poured using an aerator. Classic aromas of red fruits and cedar showed on the nose though their complexity was low that made it difficult to distinguish individual fruits or berries. It was not fully balanced on the palate as wood flavours were to the fore leaving a slightly bitter aftertaste. 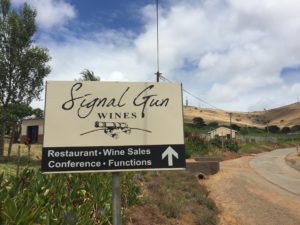 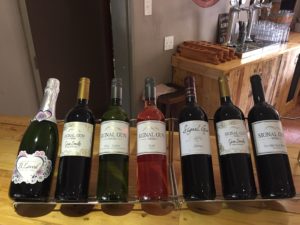 Signal Gun was an interesting winery to taste at and worth a visit. The quality of the wines, both within and across the Premium and Reserve ranges was uneven. The service and wine explanation could have been better too as I had to track Keith down whilst waiting for the next wine to taste on quite a few occasions. Wine preference is of course always a matter of personal taste. The Muy Scatty and the Tin Hill blended wines did not work for me but the Blanc de Blancs and Sea Smoke whites did. I should like to return to hear the gun firing too – as I expect many do. 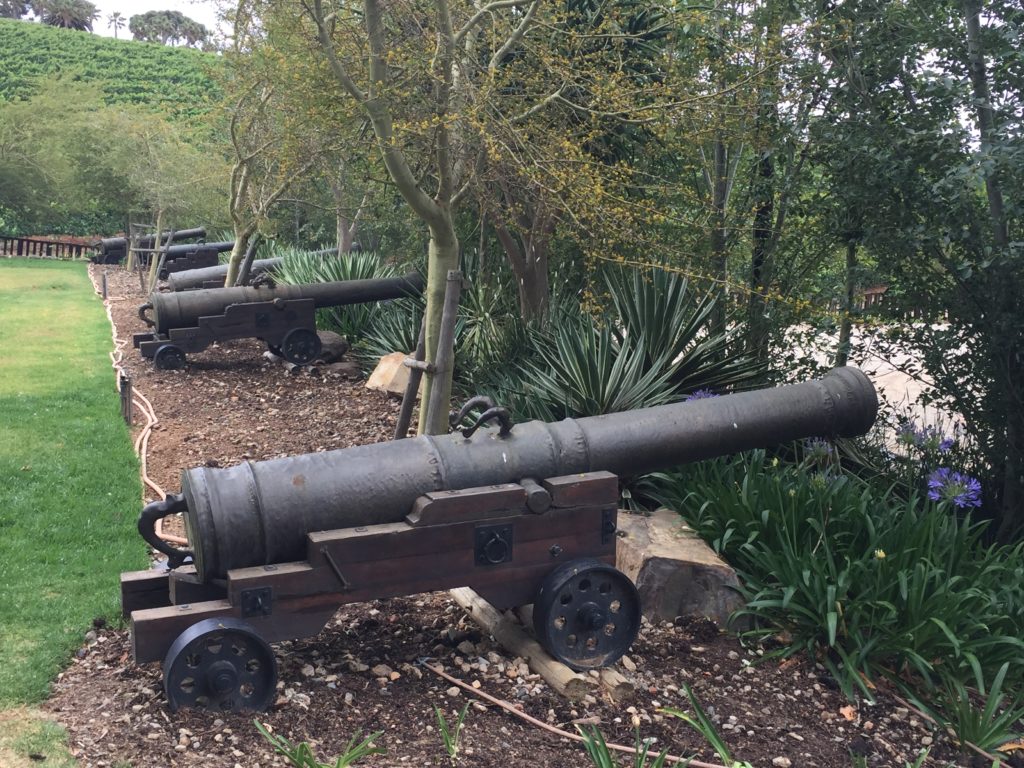