Home/Experience 4.0/Great Value in the Swartland

Great Value in the Swartland 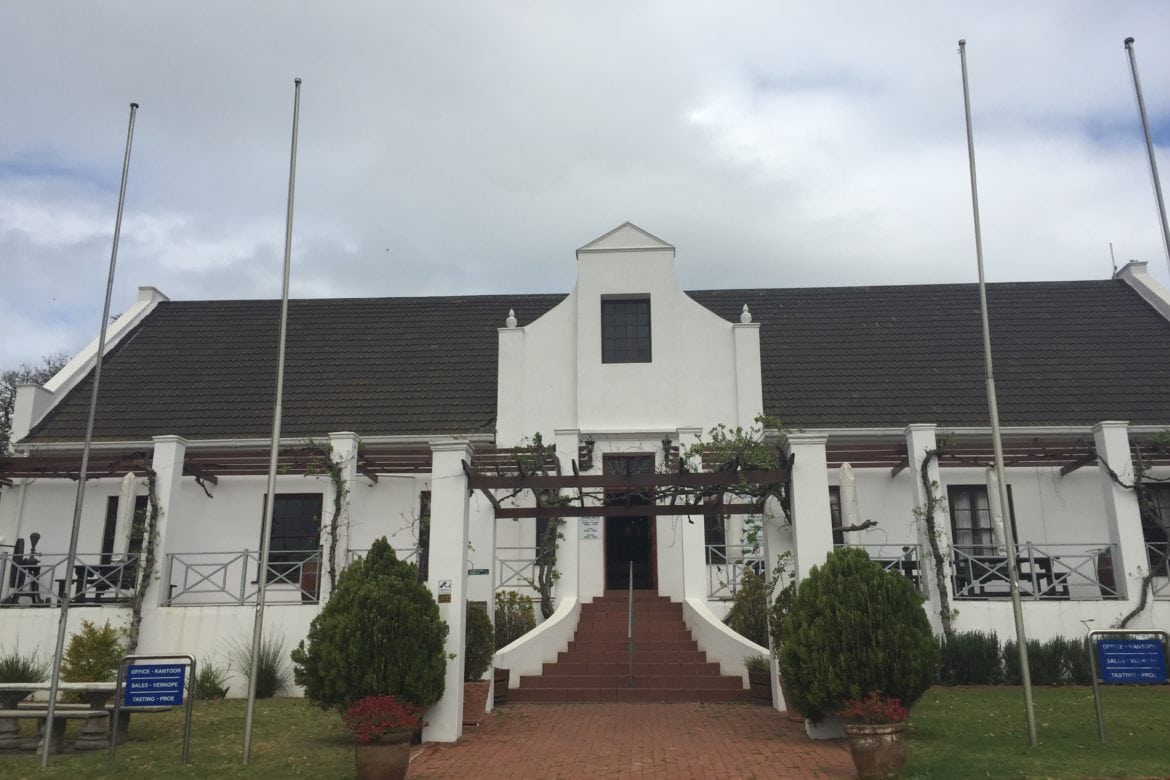 My last port of call for my first tasting day in the Swartland was Swartland Winery, near Malmesbury. Despite the dry conditions of the area that allow the grapes to ripen with concentrated juices, the grey clouds above the Cape Dutch tasting building did their best to make rain. Marené met me inside with an engaging and sunny smile. 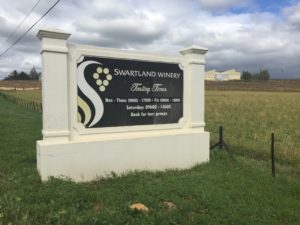 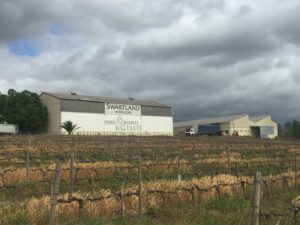 The Winery has its roots as a co-operative in 1948 and remains one today. It has grown from humble beginnings of 4 hectares and 15 members to become a large-scale winery covering 3,600 hectares of rolling vineyards with 60 members. In between times, in 1977 it became the first co-operative to make, bottle and sell its own brand. Exports began in 1994 and, 2 years, later the winery was expanded to take on the new business. Swartland Winery was completely revamped in 2015 with a new image, branding, website and labels. Today, the winery produces a huge range of wines – some 51 white, sparkling, rosé, red and dessert wines – using grapes largely grown from bush vines and with little irrigation. 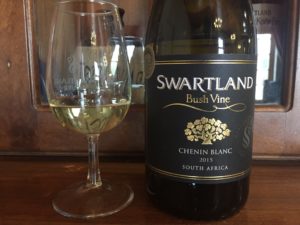 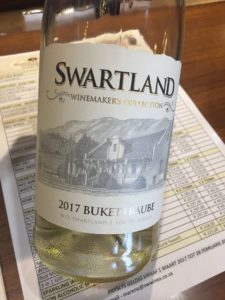 I tasted from the Bush Vine and Winemaker’s Collection ranges. I began with the only 2 white wines of the tasting. The Chenin Blanc was citrus fruity and more acid than most I had tasted, though warmed and improved as it opened out in the glass. I was keen to try the Bukketraube as I had tasted once only before. Usually added to blends, this light, zingy acidic cultivar is grown in just 0.05% of vineyard area in South Africa. The wine had a Muscadel and Viognier feel to the aromas – grape, apricot, white peach, slightly floral – but was less sweet than expected on the palate. I noticed a slight sharpness at the back of the mouth and aftertaste. 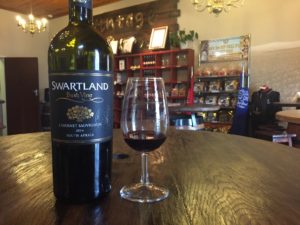 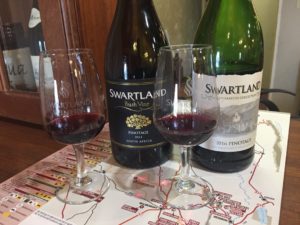 The medium-full bodied Cabernet Sauvignon was much as expected with red to dark berry and pencil aromas that showed moderate complexity and intensity. I much preferred the Bush Vine Pinotage that I tasted beside its Winemaker’s Collection half-priced cousin. Both Pinotage were medium in body and medium ruby in colour with slight purple tinge, the Bush Vine wine showing more colour. I liked the fruity plum, ripe cherry and red berry aromas that had good intensity. The Bush Vine wine had the better balance and tighter tannins for a more pronounced finish. 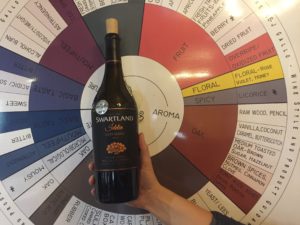 The Idelia Cape Blend – Idelia means ‘nobility’ – was the most expensive wine of the tasting and one of my favourites. Pinotage-led, the spicy plum flavours blended well with the mulberry, currant and blackberry flavours of the other cultivars to give good complexity. The tannin structure was smoother and better balanced than in the other wines. The Syrah, always a favourite of mine, showed similar characteristics and with good dark spicy fruitiness. 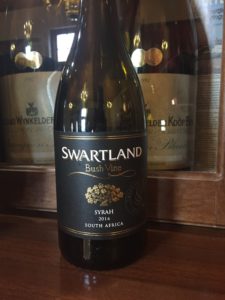 My favourite wine of the tasting was, surprisingly, Swartland Winery’s biggest seller. It is unusual to taste a Tinta Barocca – this Portuguese cultivar is more commonly made into Port wines – though I had done so at the previous tasting at Allesverloren. Pale in body and pale ruby in appearance, I liked the cranberry, bitter-sweet cherry and spicy redcurrant aromas. The aromas softened in the mouth yet with firm tannins on the palate to leave a sweetness and slightly acidic aftertaste.

I chose the Pinotage Blanc de Noir and Hanepoot dessert wine to finish, with Marené being generous with her time at the end of the afternoon. The Blanc de Noir, excellent value at just R34, was all that it should be: medium salmon in colour; sweet strawberry, raspberry, candyfloss in flavour; and off-dry with average acidity and a moderate finish on the palate. 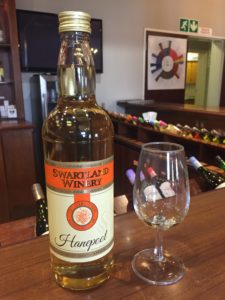 The Hanepoot too was much as expected. Unusually served from a whiskey-shaped bottle, it was sweet grapey apricot and peach in flavour and more syrupy than most on the palate. 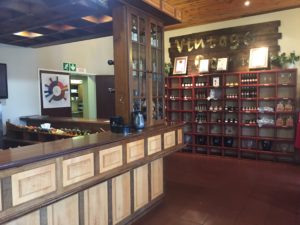 Throughout the tasting, Marené looked after me with style and courtesy. Swartland Winery does the basics and it does it well. It does not seek to be some boutique winery or historic, iconic heritage wine estate. The Tasting Room is comfortable, more than purely functional and less than interior designer. I suspect the winery knows its markets well and caters well for them. The range of wines and their prices were good and, for a co-operative, with some interesting wines along the way. I cannot say I picked out a distinctive Swartland style or character but then I do not know the wines of the area well enough yet. Do pay Swartland Winery a visit if ever you are close to Malmesbury or in the area. There is something for everyone and you will not be disappointed.