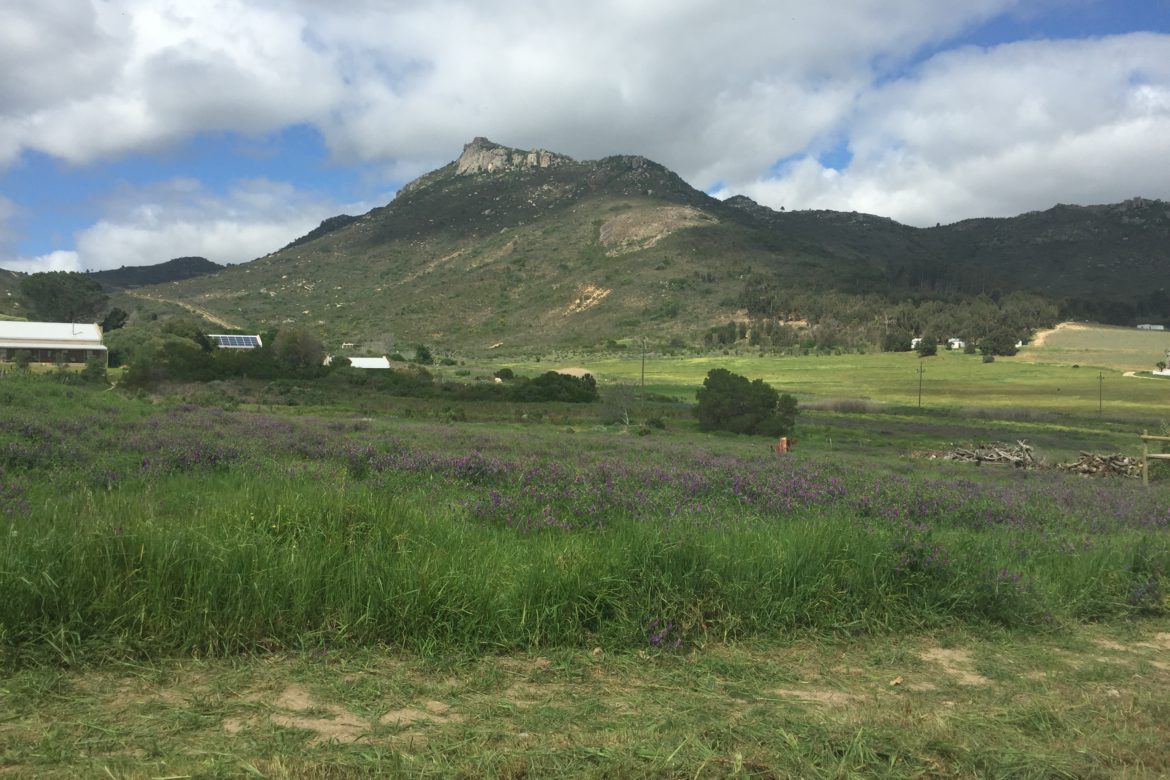 ‘Don’t use the satnav, it will get you lost’, I was advised when I made my appointment to taste at Dragonridge. Today was my first tasting in the Swartland and so I was super excited. I did not know what to expect but had heard of and read about the award winning wines of the area. Surprisingly, or perhaps because of their success, the big name vineyards – AA Badenhorst, David & Nadia, Huis van Chevallerie and Rall – were unreceptive to my request for a tasting appointment. They either did not answer or said they were not open for tasting. 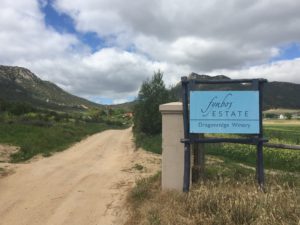 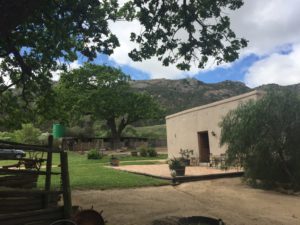 Dragonridge was different. I headed North of Durbanville towards Malmesbury on the R302, not a road I had driven on before, amid green rolling hills that made for a pleasant journey. Dragonridge is based at the Fynbos Estate that is some 8 kilometres off the R302 along a gravel road deep into the Joubertskloof in the Paardeberg Mountains. The name of the wines comes from the shape of the mountain behind. It symbolizes ‘magical qualities of longevity and potency’. 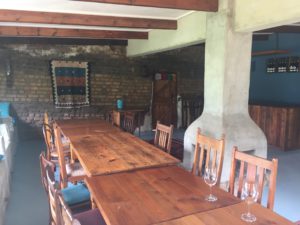 Winemaker Johan guided me through the tasting in a room that was once an old milking parlour or stables. He explained how he bought the farm in 1997, planted 15 hectares of Chardonnay, Chenin Blanc, Viognier, Cabernet Sauvignon, Pinotage, Mourvèdre, Shiraz and Sangiovese on the slopes of the Paardeberg in early 2000, and made the first vintage in 2006. Records of winemaking date back to 1963 with the memory of a previous farm worker pushing back history at Dragonridge to 1933. 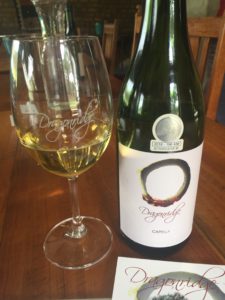 I began my tasting with 2 Chenins Blanc that could not have been more different. The wines are named after constellations that must be beautiful to see in the night skies due to the absence of borrowed light. The first, the Capella, was made using extended skin fermentation, was 85% unwooded and was an unusual deep gold in colour from added straw wine. It was dry and acidic in the mouth and with flavours of shy citrus lemon. I could not detect tropical or stone fruit aromas. This was not a typical Chenin Blanc at all. Was this how the Swartland wines were to be? 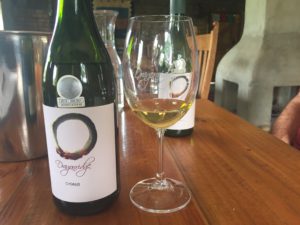 The Cygnus on the other hand was 100% wooded. Warmer and with more character than the Capella, it had good complexity of flavour and a robust tannic and acidic character. This would be a good wine to pair with food and especially a curry. 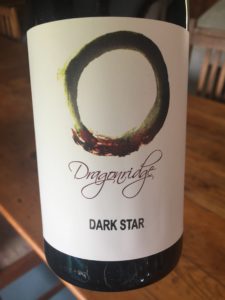 The only red blend – an intriguing mix of 4 cultivars in equal proportion – was the Dark Star. It was the only wine made in 2011 due to a fire on the mountain that tainted the vines with smoke. A slight residue remained despite regular changing every 6 months into different barrels. The medium to full bodied wine was full of berry, currant, mulberry and blackberry aromas. The fruity flavours paled on the palate which had a dry, dusty, earthy feel that was high in soft tannins. 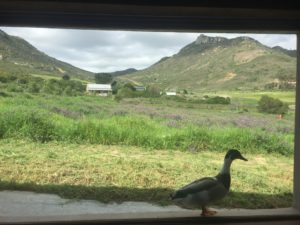 In between tastings – generous amounts taken from unopened bottles – Johan explained his philosophy and approach to winemaking. Simple methods that date back to the 1900s were used. The vines are unirrigated and pruned to produce small bunches with concentrated fruits. Natural fermentation, light pressing, minimal sulphur, natural fining products and no filtering produces wines that are ‘distinct and not as cheerful as chips’. 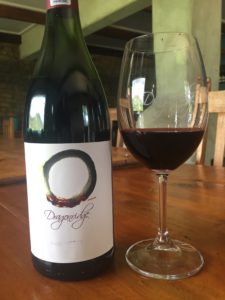 A single variety Sangiovese is always a delight to taste and this was no exception. It was my favourite. Full-bodied and a deep ruby in appearance, deeper than the Sangiovese made in Italy, I liked the potent aromas of sour cherry, cranberry, cassis and blackberry. Pliable, big tannins made for a big, bold wine. I bought a bottle as Johan said he would not be making it as a single variety wine again but instead to use the grapes for blending. 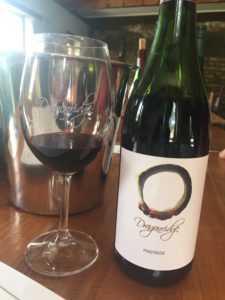 I learned that fermenting Pinotage at 37°C removed the banana, nail varnish and burnt rubber flavours that has for many afflicted the wine. This was another big wine with a potent 14.7% alcohol content. Full bodied and fruity, it was not overt on the nose as many I have sampled but nonetheless showed aromas of plum and dark cherry. Coffee flavours emerged on the palate, a characteristic from the granite sands on which the vines are grown, with firm, dry grippy tannins for an extended finish. 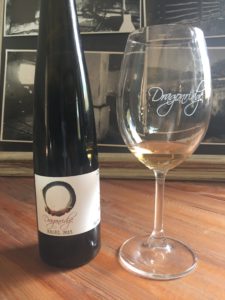 My final wine of the tasting was another favourite wine and another that I bought. This was another wine that was different in character to those I have tasted before. It was a medium gold to pale brown in colour from 12 months first fill in French oak. Raisin, dried apricot, dried peach and vanilla aromas promised sweetness in the mouth but this was a dry wine due to the high acidity. It also had a higher level of alcohol (14%) than most straw wines as, Johan explained ‘I do not interfere and let the wine ferment out to whatever alcohol level it decides’. 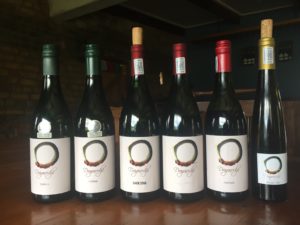 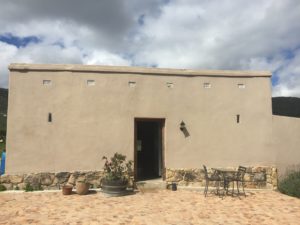 Dragonridge wines were certainly different and in a distinct style. I left feeling unsure whether this was a taste, foretaste even, of the ‘Swartland Revolution’ or whether the magic of a radical winemaker. I suspected a little of the former and a lot of the latter. Johan for sure followed his own path and was more than ready to experiment and used unique or ancient methods. It was a pleasure to meet him and to taste his wines, as ever when meeting the winemaker. I departed knowing that the Swartland dragon had reared its head for the first time … 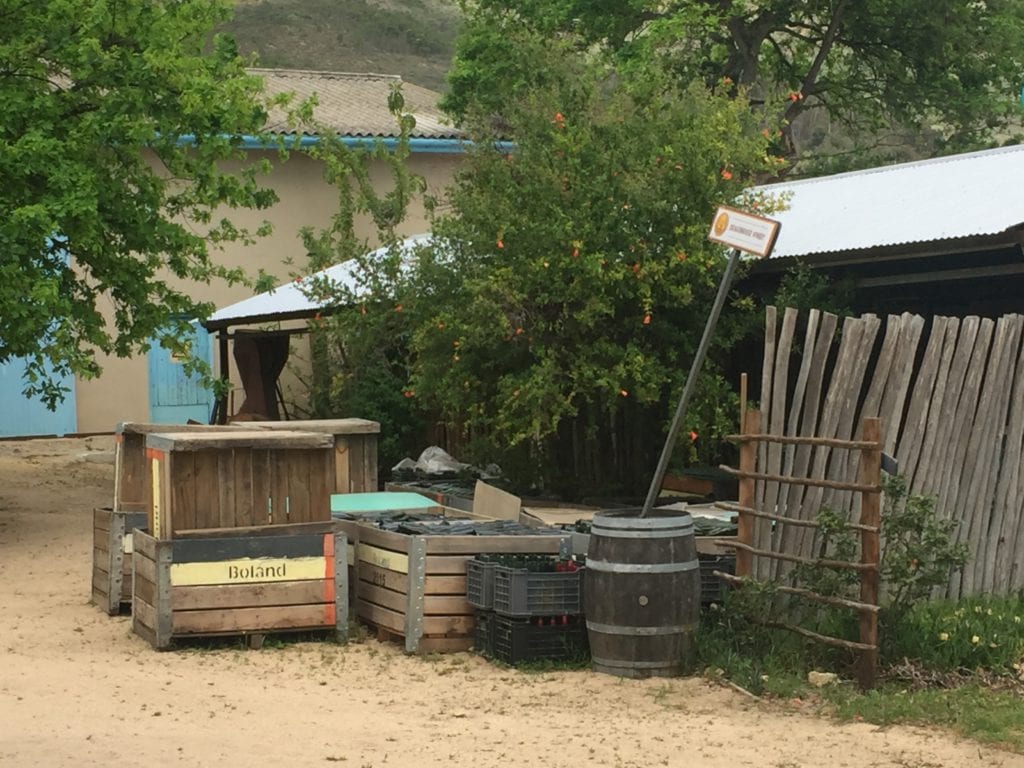