Bracing Brakes on the Red Wines at Remhoogte 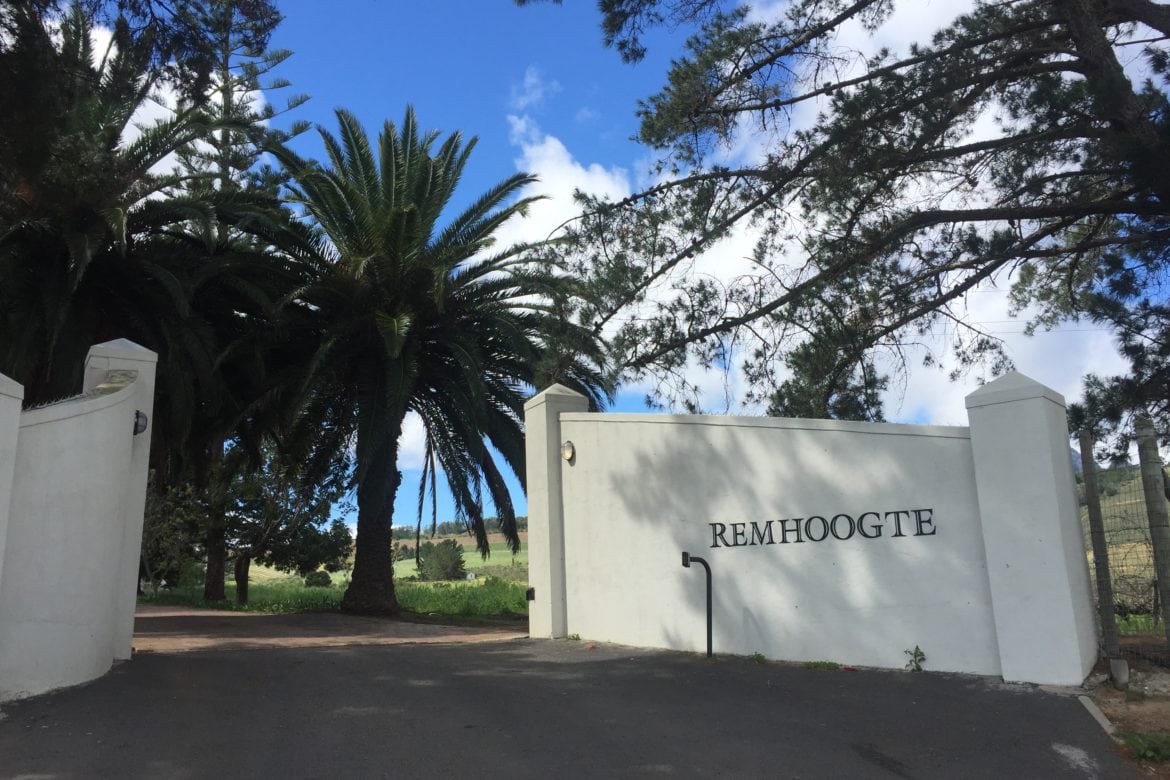 I vowed at the Vineyard Hotel tasting of Remhoogte wines in late August that I would return to sample the full range at the estate. Today offered the perfect opportunity as my Cape Wine Academy Diploma training at nearby Morgenhof finished in the early afternoon. 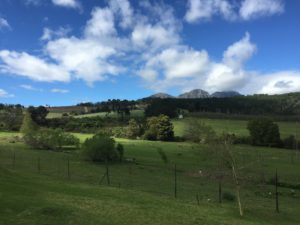 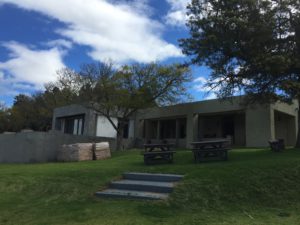 The approach road off the R44 North of Stellenbosch was short with views of the rolling lower slopes of the Simonsberg and surrounding mountains. Zebra and wildebeest grazed in the green pastures below. I am told there are also bontebok and springbok but I did not see them. 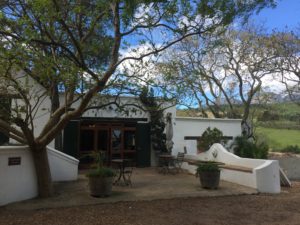 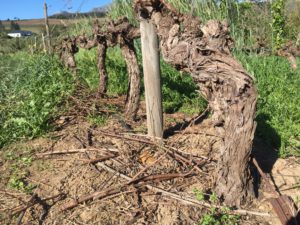 Dating back to 1812, the name Remhoogte is from the Dutch that refers to brakes being applied to the wheels of ox wagons as they descended down the steep hills to Stellenbosch. The modern day estate began in 1994 when Murray and Juliet Boustred bought the property, restoring the buildings and planting vines. Son Chris has been the winemaker since 2007. Twenty-five hectares of the 55 hectare farm are under vine: Chenin Blanc, Cabernet Sauvignon, Merlot, Shiraz and Pinotage are grown. The wines that are separated into a Premium Range and a Reserve Range for tasting (R50 for 7 wines) are made from these cultivars or a blend of them. 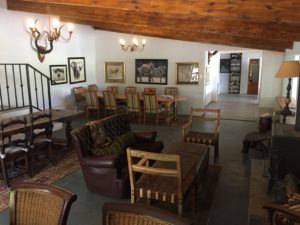 The Tasting Room, with superb views over the Stellenbosch Mountains, was mid-refurbishment and extension. It mattered not as I was visiting to taste the wines. Ian and Diaan did their best in trying conditions to keep all the guests content. I picked out the 2 Chenins Blanc to start. The First Lady wine showed good lemon, lime, pineapple and guava complexity. Made in stainless steel tanks in Sauvignon Blanc style and with just 10% oak maturation, it was crisper and less sweet than many I have tasted. 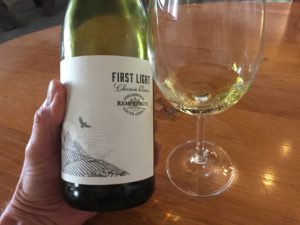 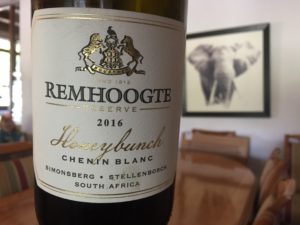 I had tasted the Honeybunch before and it remained my favourite wine. Shy warm lemon, greengage, ripe melon, and nougat aromas opened up in the glass. It showed great presence on the palate, smooth and refined, dry and with medium acidity, and with a lengthy finish. 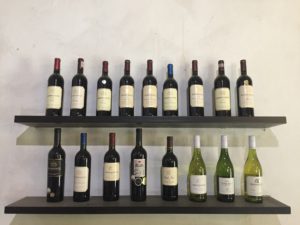 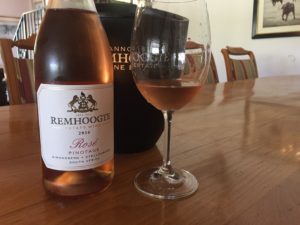 The Pinotage Rosé was not listed on the Tasting Sheet but I was pleased to be able to taste. It showed the slight orange tint to the pale salmon colour that is characteristic of Pinotage rosés. I was able to pick out Pinotage aromas on the nose, unusually so, that contained juicier, sweeter strawberry and candy aromas than most rosés. I did not like the harsh dry acidity on the palate which was too sharp for easy drinking. 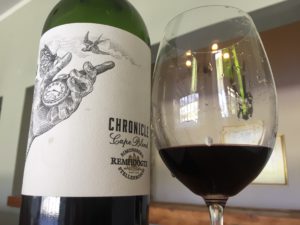 Pinotage featured in the Chronicle Cape Blend, made with all the red grape varieties grown on the estate. The wine was juicy with good red to dark berry intensity even if lacking in complexity. It showed a similar acidic mouthfeel to the Rosé. The tannins, added to by 24 months maturation in 30% new French oak, were edgy, sour and not in balance. 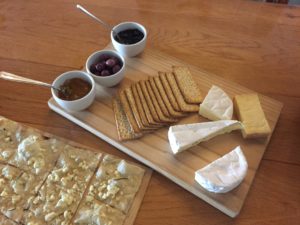 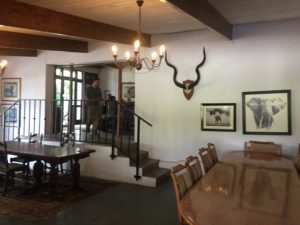 Hunger was getting the better of me and I ordered a Gourmet Cheese Platter (R150). It was served on a board with garlic, rosemary and feta flatbread to go with the biscuits, range of 4 cheeses, olives, chilli and berry jam. There was more than I needed to eat and enough for 2 people. 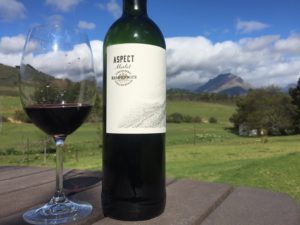 I gave the Merlot the same score as the Cape Blend. Named ‘Aspect’ because the grapes are planted on some of the highest and steepest slopes of the estate to take advantage of cool afternoon breezes, it was fuller in body than many a Merlot I have tasted. I liked the good intensity of blackcurrant and mulberry notes. It suffered, like the Cape Blend on the palate with a high acidity and green tannins that overpowered and imbalanced the fruit flavours. 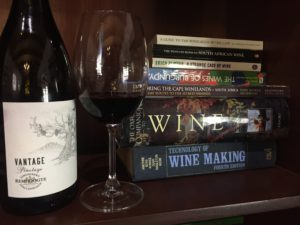 The Vantage Pinotage – from 2 hectares of bush wines with views over all the estate and into Stellenbosch – showed similar character to the Merlot: full in body; above average juicy aromas of loganberry, plum, mulberry and pepper spiciness; high acidity; high astringent tannins; and weak fruit flavours on the palate. 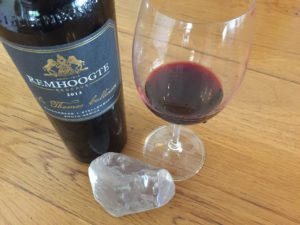 Named after the great grandfather the owner, Sir Thomas Cullinan owned the mine in which the world’s largest diamond was found in 1905. Weighing in at a massive 3,106 carats the uncut diamond was bought by the Transvaal Government and given to the British Government. The real diamond was posted to England with a fake stone used as a decoy in a locked box. Today, it forms part of the Crown Jewels. The wine showed characteristic red to dark berry and clove aromas of Merlot and Cabernet Sauvignon, blended in similar amounts, but suffered also with overpowering and acidic tannins. 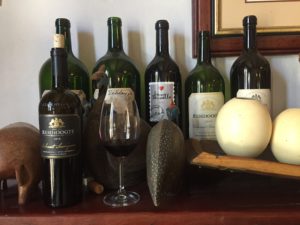 I much preferred the Reserve Cabernet Sauvignon that is not usually included for tasting. It showed above average complexity of aromas – juicy blackberry, ripe plum, black cherry – and had a much more integrated and balanced tannin structure than most of the other red wines. Softer tannins made for a better and longer finish. 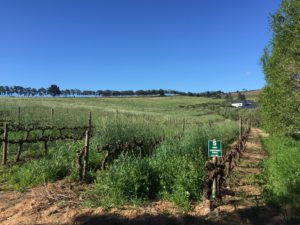 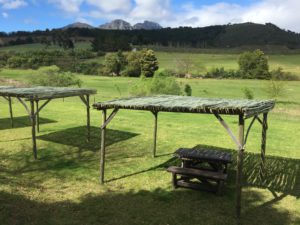 In truth, I was disappointed by the wines at Remhoogte. I had liked those brought to the Vineyard Hotel but did not enjoy all here. I thought as to why on my journey back to Cape Town. The red wines all have a lengthy period of maturation in French oak – mostly 24 months in 30% new oak – and that may give a clue. They were mostly 2014 and 2015 vintage too that makes them young and having had little time for the tannins to develop. It could also be that I just do not enjoy the style if wine that winemaker Chris is making. There is nothing wrong with that of course and it is perhaps not possible to like every wine made on every estate. Meanwhile, I shall reserve final judgement until the wines have aged more. 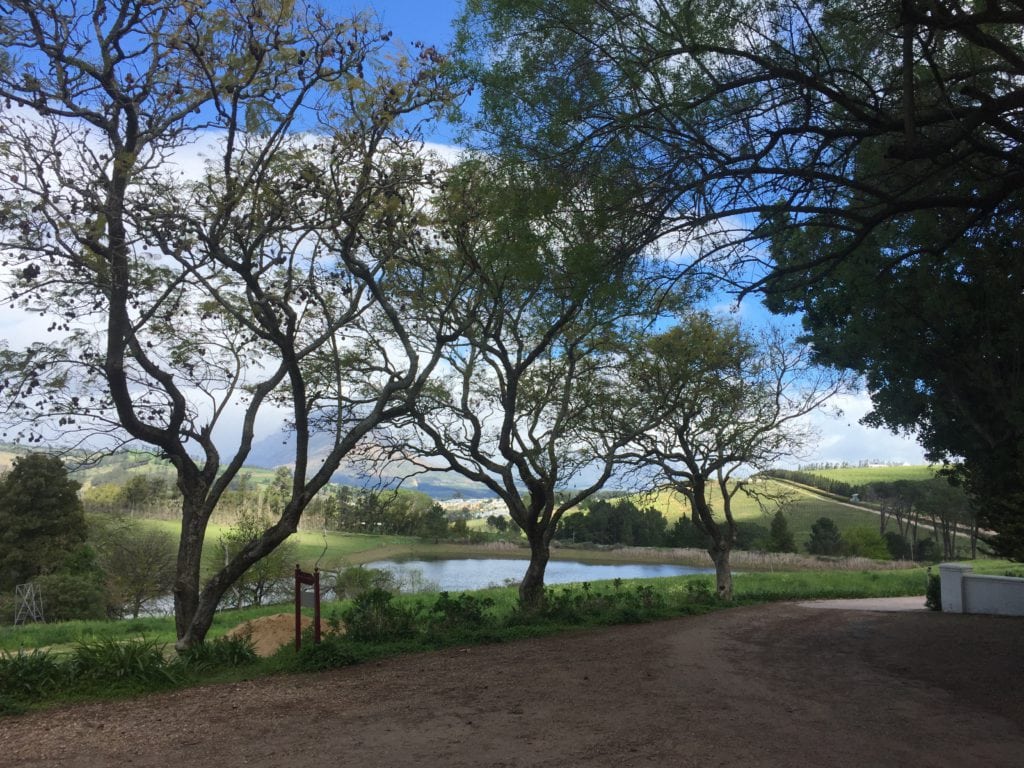