Home/Experience 4.0/The Phoenix Rises from the Terroir at Thelema

The Phoenix Rises from the Terroir at Thelema 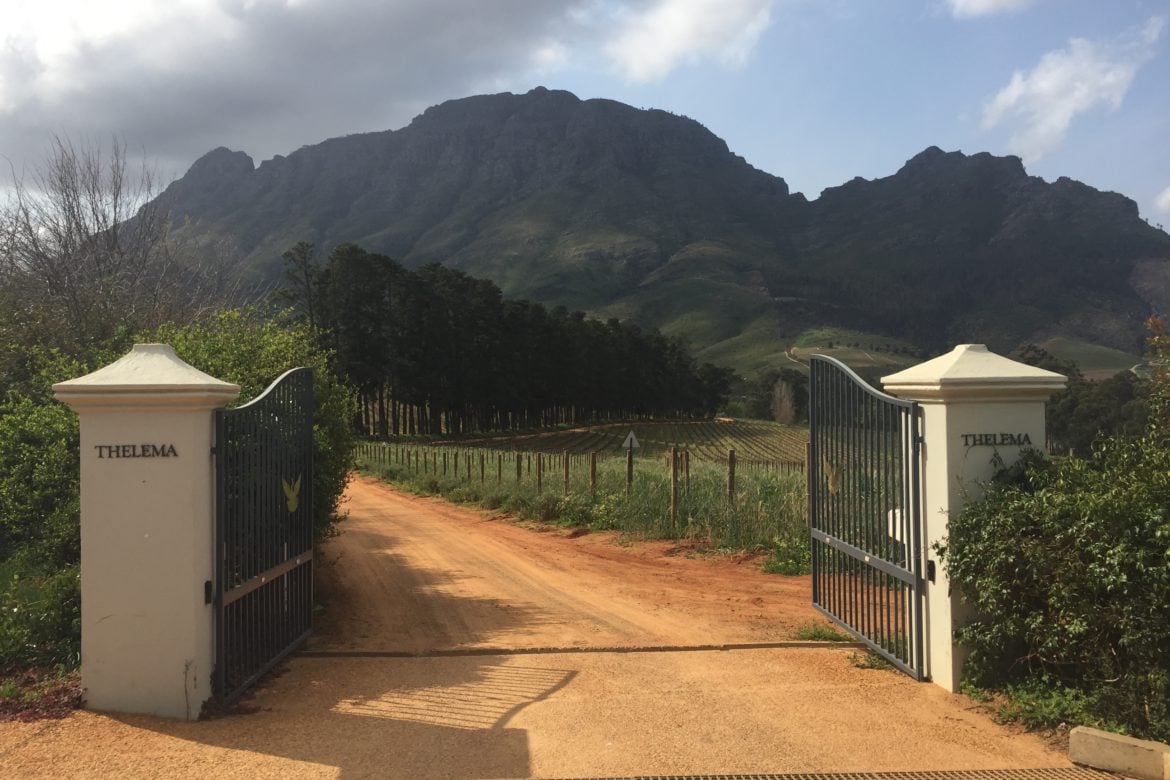 Megan welcomed me into the open Tasting Room with a bright fire giving warmth to chase away the late afternoon spring chills. I had almost seen Thelema Mountain Vineyards from the Delaire Graff estate on the opposite side of the Helshoogte Pass earlier during the day. In between times, I had visited Rainbow’s End Wines, also to the East of Stellenbosch. 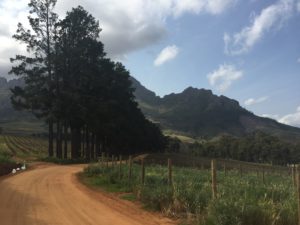 The approach, past Tokara, was as magnificent as many I have seen. The curve of the gravel road lined with tall pine trees on one side and vines on either side swept majestically deeper into the mountains. Thelema lies high up on the South facing slopes of the Simonsberg Mountain at between 370 metres and 640 metres above sea level. The early history has a characteristic ring about it: uneconomical fruit orchards; property bought; vines planted; a Manor House restored. 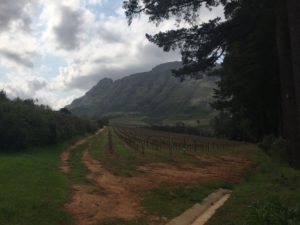 At Thelema it was in 1983 and Gyles Webb. Five years later, the first wines were released under the Thelema label. The name stems from the Renaissance monk and writer Rabelais. One of the leading characters in his book Gargantua builds a religious abbey – a ‘Theleme’. The Thelema was not walled, had no clocks, allowed men and women to live freely together, and dressed in the finest clothes. A sign on the gate called for self-examination and active participation in God’s community on earth. I doubt that Rabelais was thinking of the terroir but it makes a fitting maxim for a vineyard. 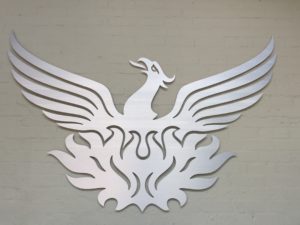 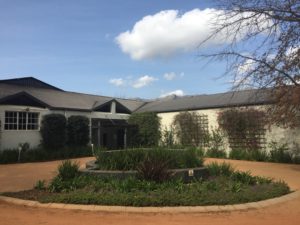 I saw closer connection for the Thelema crest of the Phoenix. The mythological bird is a symbol of rebirth and renewal, of dilapidated fruit farm to successful vineyard. The Phoenix happened also to be the name of the Garden Hotel that David and Edna Mclean – whose daughter Barbara married Gyles Webb – owned in Kimberley. Coincidentally, the bird features in the ancient Webb family crest. I immediately recognised it too as the Phoenix was part of the crest for my College at Cambridge University. 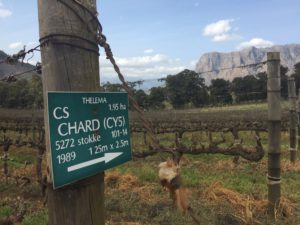 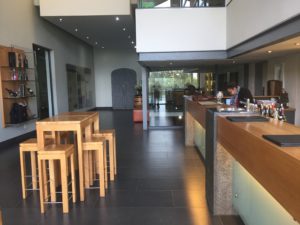 So much for history. Fifty hectares of vineyards produce a wide range of wines, slightly more white than red, that have since the mid-1990s had high reputation. Thelema is known for its Sauvignon Blanc, Chardonnay, Merlot and Cabernet Sauvignon and so I was eager to taste (R50 for 6 wines, redeemable on purchase). The Tasting Room, set above the cellar, was comfortable but functional. Food is not served, Megan explained, as the aim is to focus on the wine. 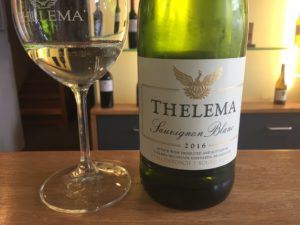 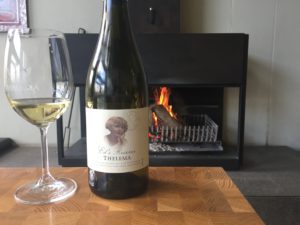 My focus began on 3 whites: a Sauvignon Blanc, a lightly wooded Chardonnay, and a Riesling. The Sauvignon Blanc was typical of the fruitier style and very drinkable. Warm tropical flavours of guava, kiwi, litchi, and grapefruit mingled with greener asparagus for a taut, fresh mouthfeel. I preferred it to the Chardonnay, so named in recognition of Barbara’s mother, which showed a narrow complexity on the nose. Sweeter yellow apple, ripe lemon and oaky vanilla flavours emerged on the palate with a moderate intensity. 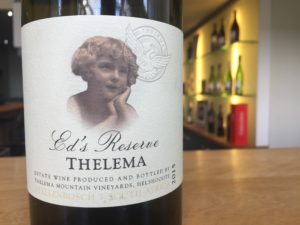 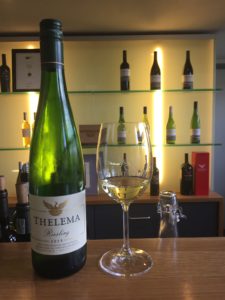 The Riesling, made from some of the oldest vines in the country (dating back to 1984), showed distinct ‘kerosene’ aromas, with lime and litchi. Made in an off-dry style, the wine was clean, smooth and with moderate acidity on the palate. 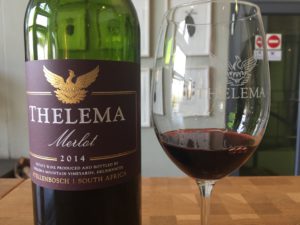 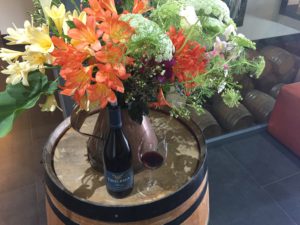 I rated the Merlot a little higher. I liked the vibrant, ripe flavours of currant, cassis, red plum and cedar on the nose. It felt good in the mouth too with the moderate tannins integrated and well balanced with the fruit flavours. The Shiraz was made in similar character. Medium to full bodied, rich spicy fruity flavours softened on the palate with tannins lighter than expected to make for another decent wine. 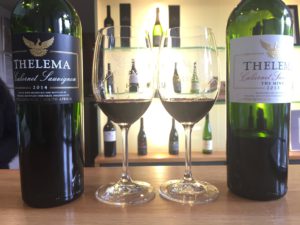 The Cabernets Sauvignon made a splendid finish. It was good to taste them side by side to compare. The Thelema Cabernet Sauvignon was full bodied and inviting. Delicious aromas of red and dark berries, dark plums and cherries, and cedar spices balanced well the grippy, olive tannins on the palate. 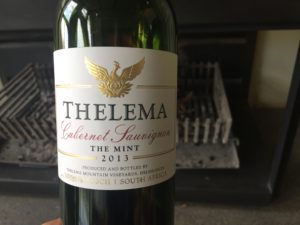 My favourite wine of the tasting was ‘The Mint’ Cabernet Sauvignon. I am generally wary of wines with this kind of descriptor – chocolate or coffee Pinotage also come to mind – as I frequently struggle to taste as described. I wonder too if I would have picked out the particular flavour in my tasting analysis had I not known it or seen the bottle name or label in advance. This was not the case with ‘The Mint’ that is made from a single block of grapes close to blue gum trees. There were minty chocolate aromas to the fruity currant and berry notes, subtle but distinct. The wine was not as full bodied and had softer tannins than its sibling Cabernet Sauvignon. Buy it now if you like it as the 1988 vines are due replacement and, when replanted after 2 years of fallow ground, will not be available until a 2028 vintage. 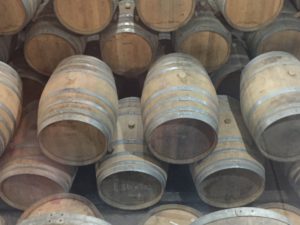 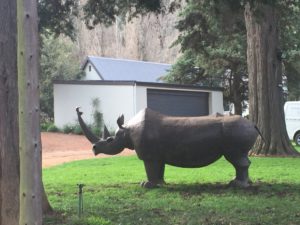 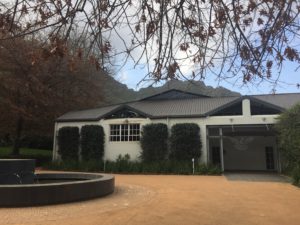 I much enjoyed my visit. Thelema is a vineyard with none of the frills and distractions that so many have – restaurant, delicatessen, gift shop, boutique hotel, art collection, micro-brewery and more. The wines and the mountain views are left to speak for themselves and they did that successfully. The Phoenix at Thelema has risen well from the mountain terroir. 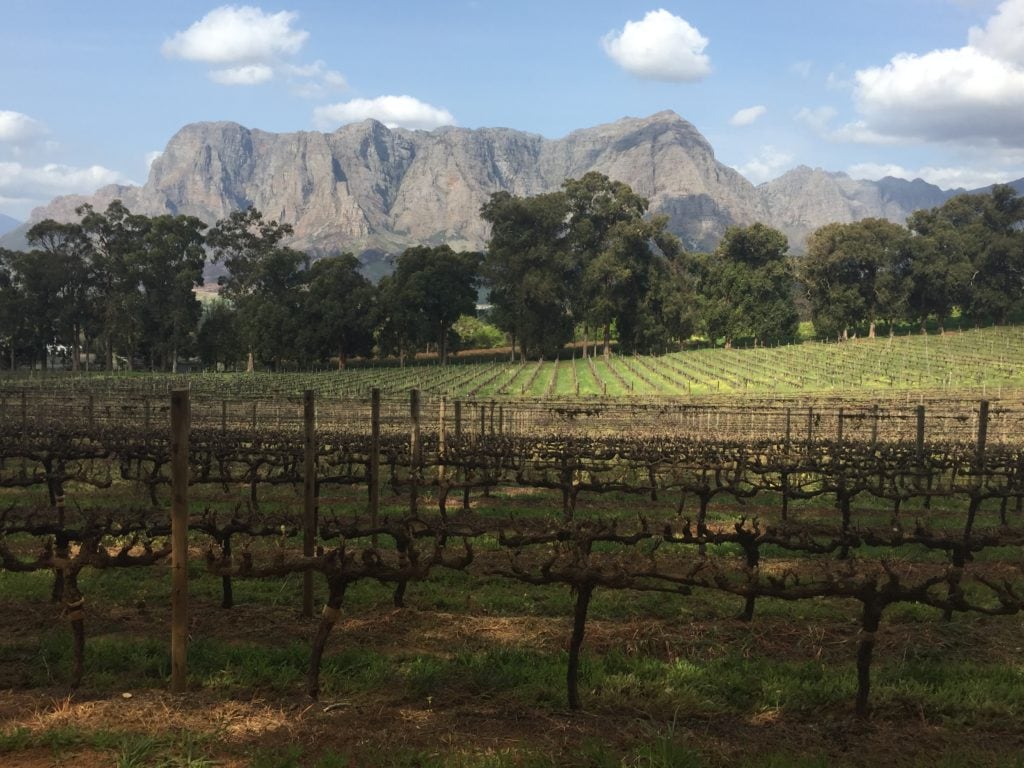