Home/Experience 3.5/Elegant Wines Kiss the Lips in the Vineyard

Elegant Wines Kiss the Lips in the Vineyard 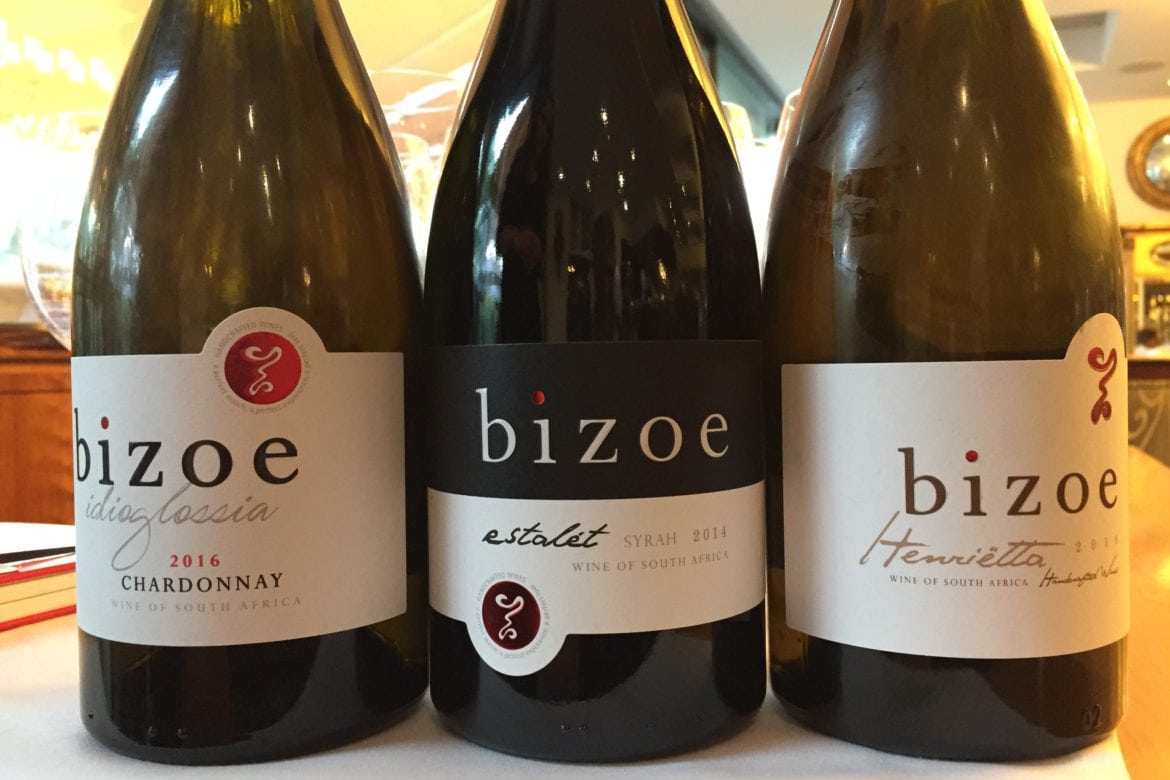 Bizoe brought just 3 wines for tasting at the Vineyard Hotel in Newlands, Cape Town. I had not heard of Bizoe wines before and so I was intrigued to learn more and to taste their wines. I knew that ‘bisous’ means little kiss in French but little more. Bizoe is the brainchild of artisan winemaker Rikus Neethling and based in Somerset West. Carla from The Wine List brought the wines. 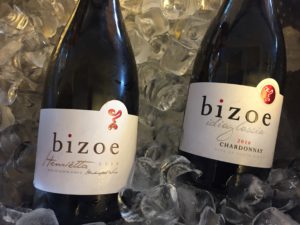 White wine Henrietta – named after Rikus’ mother – was a delicious blend of Sémillon and Sauvignon Blanc. Small amounts of Sémillon (5% to 10%) are often added to Sauvignon Blanc, not even listed on the label, to give it structure and some body. It was in the majority for this wine and I liked it. Potent and aromatic but clean and firm on the palate, classic Sémillon aromas of warm apple , sweet citrus and honey overlaid greener gooseberry Sauvignon Blanc aromas on the nose.

Idioglossia is a private language as invented by young children, especially twins, and often known as ‘twin talk’. It was also the name of the lightly wooded Chardonnay, so called after Rikus’ two sons. This was another elegant and well made wine. Shyer than the Henrietta on the nose, it improved to reveal nutty apple and lemon flavours. The mouthfeel was cleaner and with a crisper acidity than many a Chardonnay, and good for it. 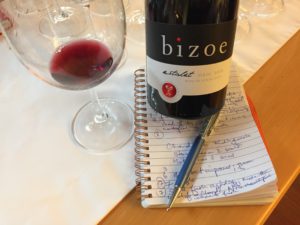 The Syrah, made from grapes from the Breedekloof Valley, was my favourite wine. It was made in a lighter style but was full of spicy fruit aromas. Peppercorn spices balanced well with cassis, mulberry and blackberry. Light in the mouth it was strong on flavour with a harmonious balance between fruit, alcohol and tannin. 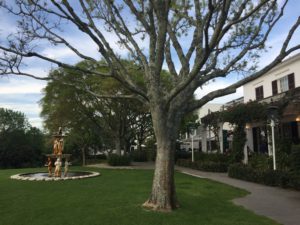 I enjoyed the Bizoe wines and shall want to visit the winemaker to learn more about. The refined and quality wines spoke for themselves which was just as well as Carla frankly did not know enough about them. To be fair, she hosted as a last minute replacement for her boss who was unwell. Nonetheless, as an agent and ‘winery brand ambassador’ at a prestige location such as the Vineyard Hotel, I would have expected better. She was unsure of maturation regimes and did not know the retail prices of the wines. It appeared that she brought one bottle only of each wine which led to the smallest amount in the glass that I have been offered to sample. This affected the Syrah in particular as the nose disappeared almost as quickly as it was poured. That alone is another reason to visit Bizoe to taste again …. 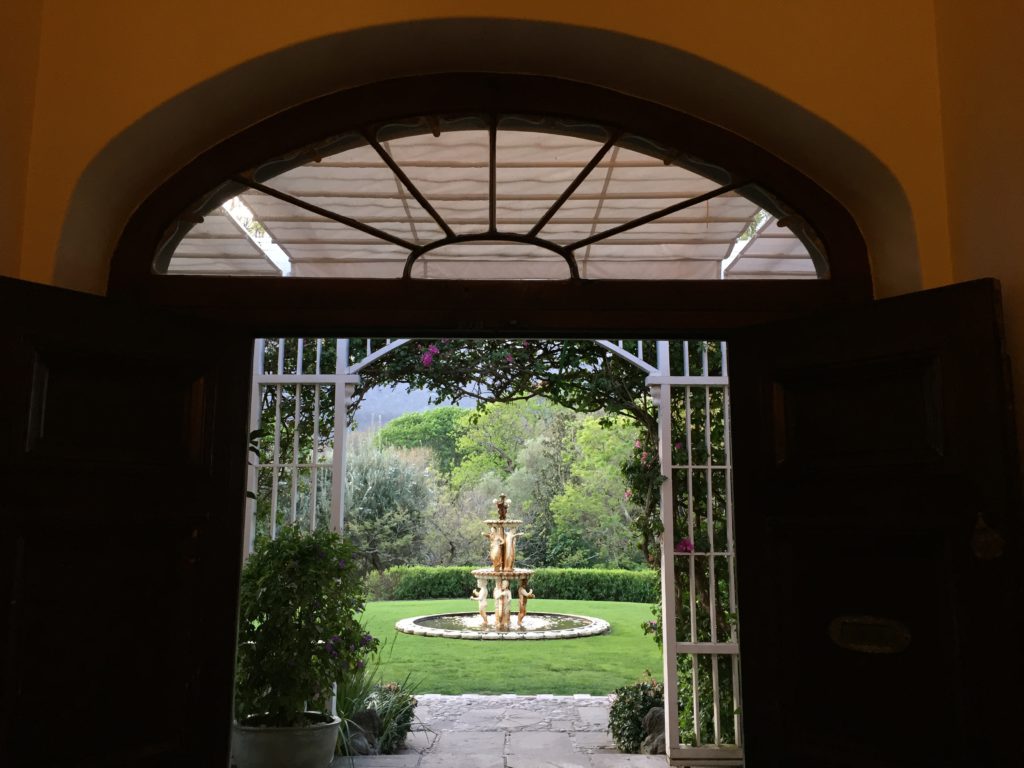