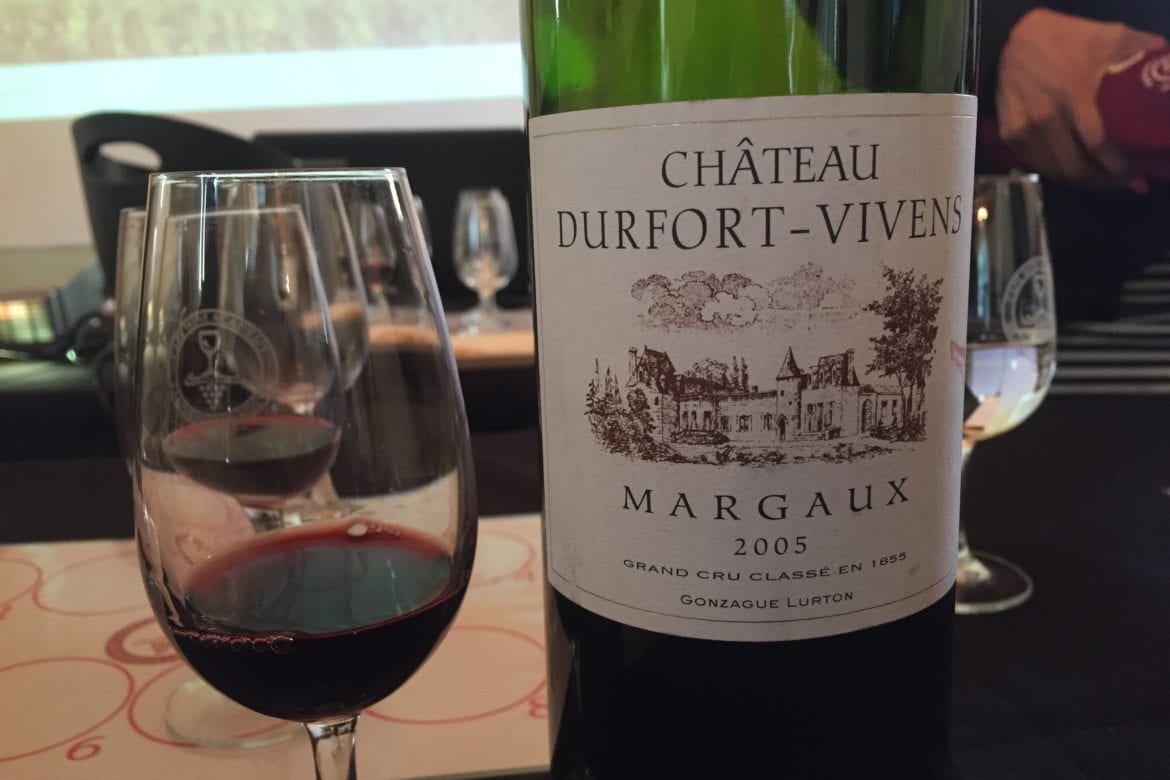 I remembered my assignment. I forgot my wine glasses. This was the first Cape Wine Academy assignment that I had to hand in. There is one for every Module lecture day now. It was back at Morgenhof again. It was another early morning trip. The same route South on the R44 towards Stellenbosch and past the big name estates. Dave March was the lecturer. He lectured during my Certificate Course. There was a reassuring familiarity to the start of the day. The same classroom in the church like building. Good too to meet up with other student friends before the first lecture. 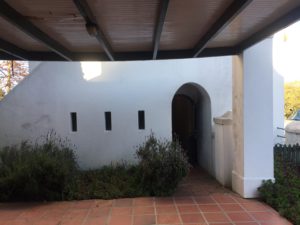 And so it was into Lecture 4 that was all about Trends in Winemaking. Even that was a familiar subject, though not for long. Dave is a Brit like me. His knowledge is enormous. Ask him any obscure question and you will get a detailed and considered answer. He is not without opinion and can be robust in his views – some might even say ‘linear’. It was not long before Dave was advising how to write assignments – Lizette had given few clues on the first day of lectures – and I had only just handed my assignment in. Dave was marking them too. It was too late now for advice! Do not rely on the Course notes, Dave espoused. Fortunately, I had not and relied on my knowledge and internet searches. Only after, I saw there was material in the massive folder that I could have used. 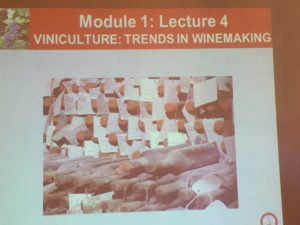 I digress. But then Dave likes to digress too. The content of the first lecture was much the same as I had heard during the Certificate Course. There was just a huge lot more to know. Dave covered alcoholic fermentation; malolactic fermentation; the components of wine – acid and acidity, alcohol, phenolic compounds; winemaking procedures and materials; and spoiled and faulty wines. The lecture notes seemed incidental but were not. They are the raw ingredients for when I take the Theory exam. 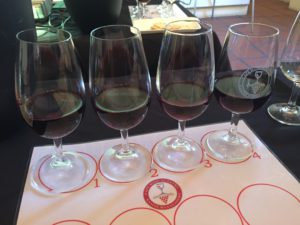 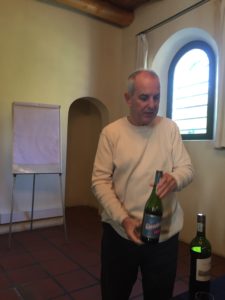 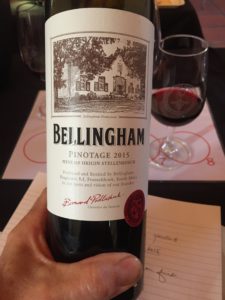 The first flight of 4 red wines was poured: 2 Merlot and 2 Pinotage, but in different styles. It was interesting to hear another lecturer talk about how to taste and assess. Lizette had told us barely to bother with colour at Diploma level. Dave was using colour. Pinot Noir and Merlot are garnet-based reds; Cabernet Sauvignon and Shiraz in the ruby-red family; and, if unsure, it is likely to be Pinotage in between. I had barely stopped in recent tastings to consider the garnet red end of the colour spectrum and so I must look again. 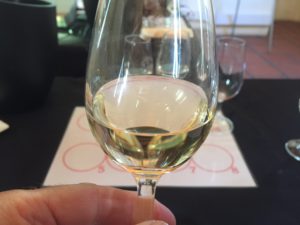 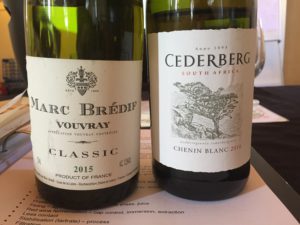 The Chenin Blanc was to allow me to calibrate my tasting radar. The next 2 wines were the same variety but from different countries’. But which and from where and, more importantly, why? The 2 wines seemed the same to me in appearance and body, acidity too. The second had more acidity but I could not detect much difference between them. The first was a Vouvray from France (a Chenin Blanc) and the second from the Cederberg. The Vouvray did not have ‘bristling acidity’ which indicated France. The Cederberg wine most likely had added acid, because of the cool climate, which served to confuse me. No wonder! 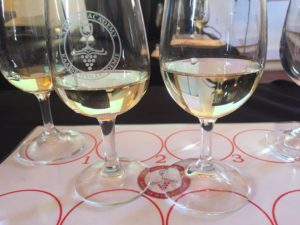 Morning coffee break could not come fast enough. It was all too short and Dave soon had the class back in the classroom. Lecture 5 was about the French Appellation System wine and wines of the Alsace. This was the first move away to the wines of another country in detail. If ever there was scope to confuse then this was it. One confusing system of classification is bad enough. I more-or-less knew the Vin de Table, Vin de Pay, VDQS and AOC/AC system from my experience of French wines in England before coming to South Africa in 2010. But all changed in 2012. The EU, having decided to treat ‘wine as food’, introduced the same regional and area classification. France, Italy and the other European wine making countries rebelled. What was the outcome? A classic EU compromise: label using both classification systems! 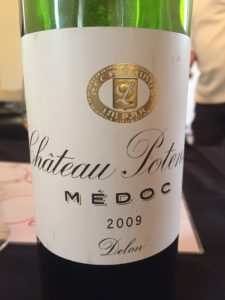 Fortunately, some very fine French wines followed for tasting. These had been picked to show the different quality. Both were Bordeaux blends. The French classification system then became worse! There is a Bordeaux system that was introduced in 1855 so visitors to the Paris Exhibition could know which wines were the best quality. Wines were ranked according to vineyard reputation and price – Premiers Crus, Deuxiemès Crus and so forth for 5 Crus. Just to confuse, one of the top 5 did not come from Médoc but from Graves. Oh, and to confuse further, white wines of the Gironde used a very similar but different system! Moreover, what once measured quality is no longer a guarantee of quality …

The first wine, of lower classification, was a Château Potensac Médoc. The other was a Grand Crus Classé Château Durfort-Vivens from Margaux. It was a 2005 vintage too which is one of the best of the 21st Century. Both wines seemed of high quality to me though the Margaux had better depth, persistence and opening. 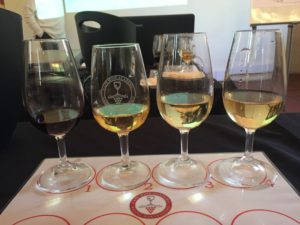 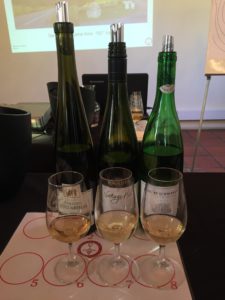 I was please to leave the insanely complex system of French wine classification – I have simplified here – and to move to wines of the Alsace. Not so easy here though! The region has been within France and German several times throughout history and so both influences manifest. I shall skip the detail here. Just think Alsace and think Riesling (Gewürztraminer too but more after). Our last but one flight contained 3 Riesling from 3 different countries. The big Riesling producer countries are France, Germany, South Africa and Australia. Which was the one left out? I learned that the Alsace Riesling are of good quality and with a boldness of depth; the Australian ones have a characteristic lime aroma; South African ones – well I am familiar with: lots of terpenes – and Germany, sweeter and with lower alcohol (7% to 8%). 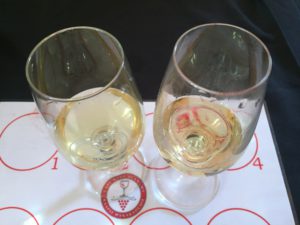 My mind was such a blur from the lectures (thankfully, only 2 for Day 2 and Day 3 of the Module 1 Course) that I did little than enjoy the wines and record their differences. Quickly, and somewhat rushed at the end of the morning, I tasted 2 Gewürztraminer, one from Alsace, France and one from South Africa. They served as a reminder of differences between Old World and New World wines. The Alsace wine was shy yet off-dry with some sweetness and ripeness compared with the overt, dry spritzy feel of the South African wine. 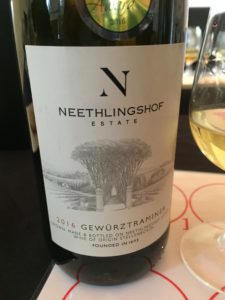 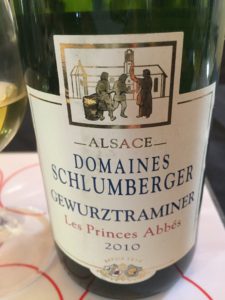 Phew! The second (of 3) Module 1 days was as exhausting – and exhaustive – as the first even though there were 2 and not 3 lectures. It was not because of Dave, who is a highly competent and knowledgeable lecturer, but because of the breadth and complexity of the content material. It reminds, if ever I needed reminding, just how much of a step up Diploma is from Certificate level. I know I shall succeed and learn but I know too that much effort will be required. Meanwhile, I must make sure I do not leave completing my assignment until the day before the final day of Module 1 … 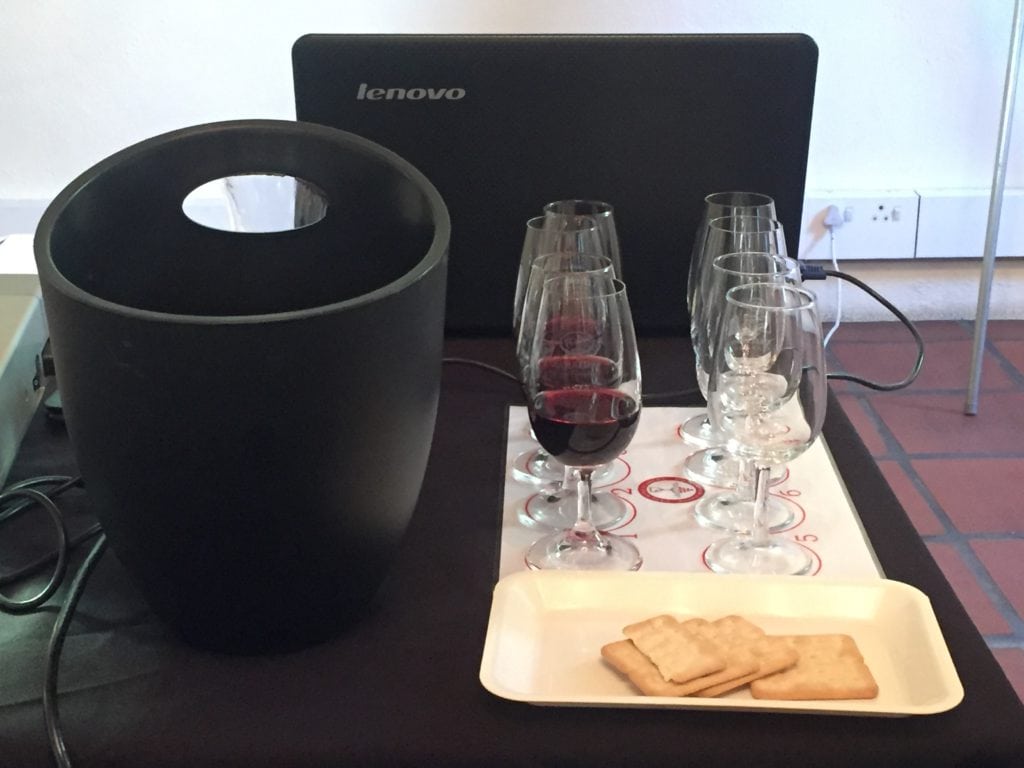