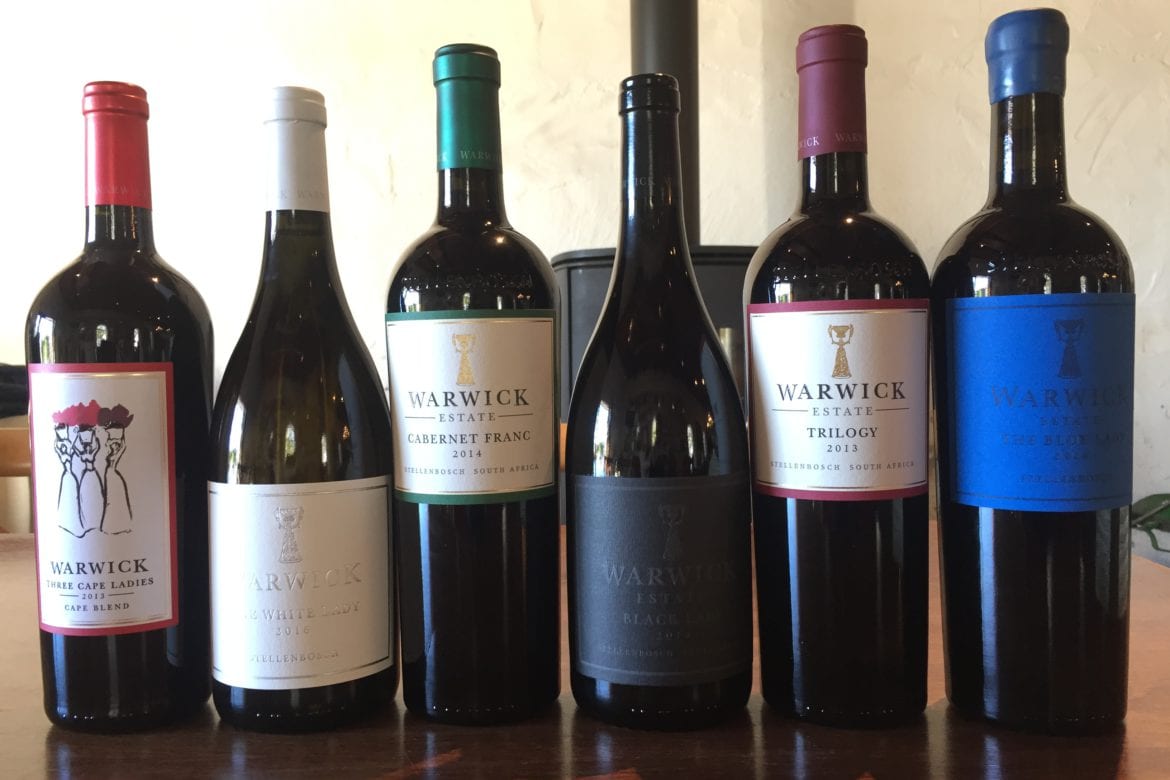 The R44 North of Stellenbosch is full of glittering wine farms and all within little more than 5 kilometres of each other: Le Bonheur, Warwick, Laibach, Kanonkop, Uitkyk, Muratie, Delheim, Quoin Rock, Remhoogte, L’Avenir and Morgenhof, to name but a few. I decided today to visit my ‘Big 5’, or at least as many as I sensibly could in the available time. 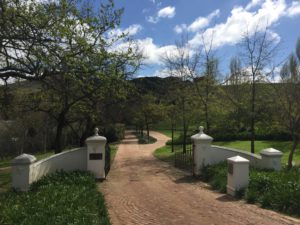 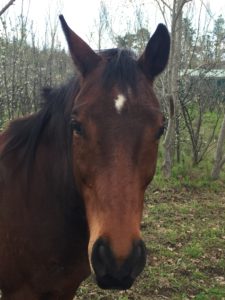 I visited the Warwick Wine Estate first as I headed South from Exit 47 of the N1 towards Stellenbosch. The paved drive past a simple white entrance threaded its way though rural pastures to the tasting and cellar buildings. Horses grazed beside the road and spring was very definitely in the air. The atmosphere was one of quiet confidence and expectation. I immediately liked the elegant and refined, long Tasting Room. Bright and open, the displays showed the wines well without being cluttered. Shamilin was my very knowledgeable tasting host. She wore a smart uniform with black branded jacket as did her colleagues. Warwick meant business and so it did. 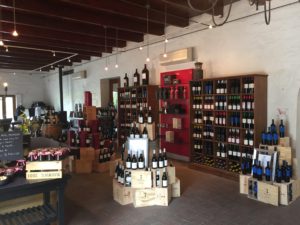 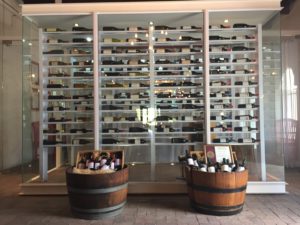 Two tasting options, each of 6 wines and refundable on bottle purchase, were offered: Standard (R50) and Premium (R100). I opted for the Premium tasting which, unusually, included just 1 white wine from the 6 on the menu. This reflects Warwick’s history, focus and reputation for red wines (60% of production). Vines are planted on 56 hectares of the 110 hectare property. The ‘Big 5’ red cultivars are grown – Cabernet Sauvignon, Pinotage, Merlot, Shiraz and Cabernet Franc – together with Sauvignon Blanc and Chardonnay. 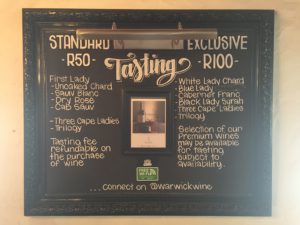 I soon learned that Warwick is very much a family farm. The name stems from the end of the Boer War. Colonel William Alexander Gordon, Commanding Officer of the Warwick Regiment, bought the property in 1902. Hitherto, it was known as De Goede Sukses but he renamed the farm Warwick as a tribute to the Regiment. The estate was bought in 1964 by Stan Ratcliffe. He and his wife, Norma, planted Cabernet Sauvignon. The vines were used to make the first wine, a Cabernet Sauvignon called La Femme Bleu (French for ‘the Blue Lady’). 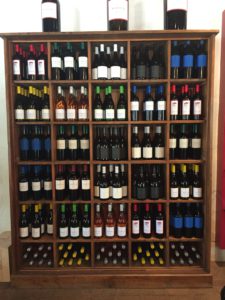 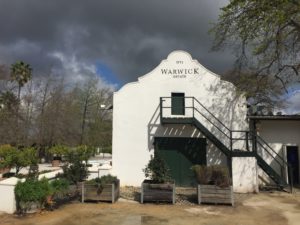 Successive wines follow the First Lady theme in tribute to Norma Ratcliffe who was one of the first female winemakers in South Africa. She went on to become the first female member and only woman to chair the Cape Winemakers Guild. The farm is managed by her son Mike but she continues to show oversight and interest in the business. 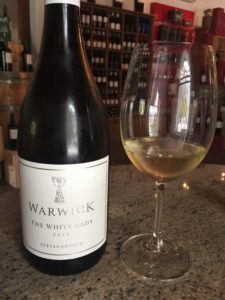 It was therefore appropriate that my tasting began a wooded Chardonnay called White Lady. The flagship white wine was fresh and vibrant on the nose. Caramel aromas from 10 months maturation in French oak (equal amounts of 1st/2nd/3rd fill) added complexity to those of fruity apple and melon. I liked the slight creaminess on the palate, dry to off-dry acidity and lingering finish. The obvious quality set the bar high for the remainder of the tasting. 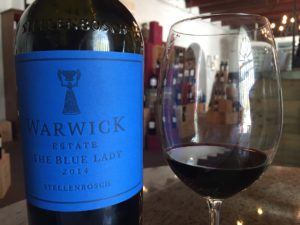 I was not disappointed by the Blue Lady Cabernet Sauvignon that was equally as refined. Bold, rich and fruity, inviting dark and red berry aromas gave way to potent, grippy tannins on the palate. If anything, the tannins were a little overpowering (24 months in 64% new oak) and will benefit from softening through ageing. This wine will only get better over the next 10 years. 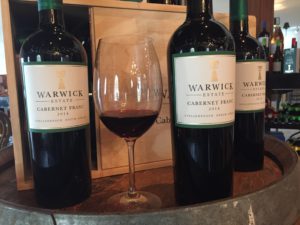 The sister and more feminine Cabernet Franc, in classic heavy Bordeaux-shaped bottle embossed with ‘Stellenbosch’ on the shoulder, was my favourite wine of the tasting. In truth, many of the other wines vied for my favouritism. Lighter in body and intensity than its masculine brother, this elegant and refined wine showed great complexity on both nose and palate. It benefitted from more supple tannins that better balanced currant and berry fruitiness that teased with hints of soft pepper spice. I simply could not resist buying a bottle. 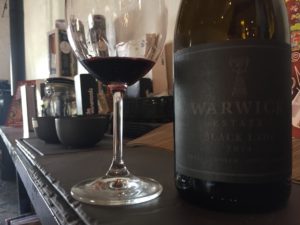 The Black Lady Syrah, so named as ‘tribute to the dark side’ of the estate, showed definite purple tint to the dark ruby colour. Deep, dark berry aromas, laced with black pepper spice and fynbos undertones, promised a heavy wine. The palate surprised by being lighter than expected. It nonetheless showed great finesse with a full mouthfeel, softening tannins and an extended finish. 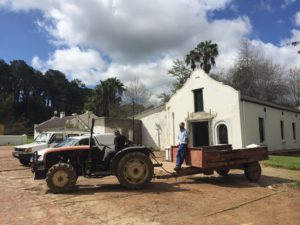 Warwick offers great food and activities too in the Simonsberg foothills. I saw a sign for a ‘Big 5’ guided vineyard safari that is a must-do for a summer return. The estate has a reputation for locally sourced gourmet picnics that are some of the best in the winelands. I could have eaten in the restaurant or outside in the ‘Forest Courtyard, complete with giant-sized Nelson Mandela statue, but it was too early in the day for that. 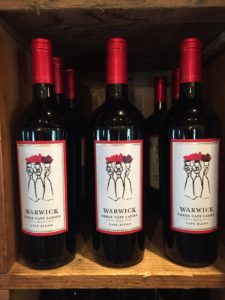 My tasting ended with 2 blends. The first was called Three Cape Ladies and was a blend of Pinotage (50%), Cabernet Sauvignon and Syrah. I am not a huge fan of Cape blends and unsure how successful Pinotage is in combination with other grapes. The Three Cape Ladies, apparently drunk by James Bond in the novel `Carte Blanche’, restored my confidence in the style. Plumy Pinotage aromas did not overpower the fruity and spicy notes of the other cultivars, as often occurs, and the complexity held through to a decent finish. 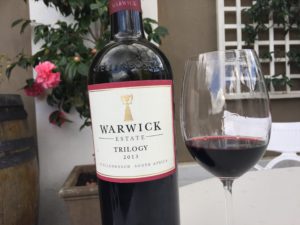 The flagship Trilogy Bordeaux-style blend also showed its class. The wine had the same oak regime as the single cultivar Cabernet Sauvignon and I could detect the individual cultivar aroma profiles on the nose. Indeed, I liked it more than the Blue Lady as the Merlot and Cabernet Franc added balance and complexity to soften and round the tight tannins. 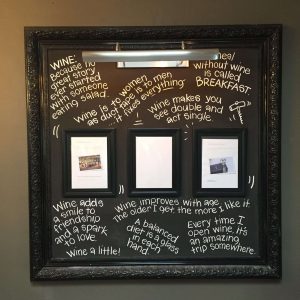 ‘Quality without compromise’ is the winemaker philosophy at Warwick and this shines through in their ‘understated classic wines that exude elegance’. The Premium Estate Range is not cheap (R250-R350) compared to the First Lady Collection (R80-R100). One is buying quality that does not always match price (the Durbanville Hills Vineyard Selection Cabernet Sauvignon/Merlot Caapmans at R280 is not a patch on the Trilogy). I would hazard a guess that the First Lady wines are equally well made. 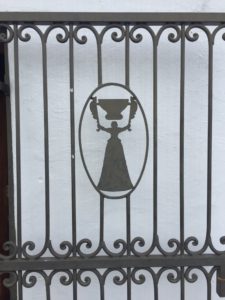 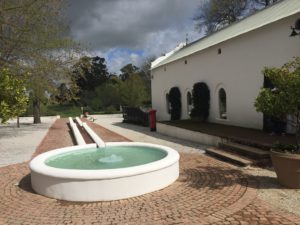 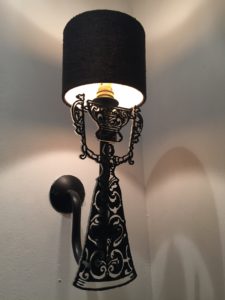 The Wedding Cup that forms the estate logo is based on a romantic fairytale – with no dark side – of a King’s daughter with her silversmith lover. There is reason indeed to return for a sumptuous, romantic picnic for 2 during the summer, sat in one of the picnic ‘pods’ or on the lawn besides the dam. Meanwhile, Warwick offers a stunning family of wines that show and earn their true colours. 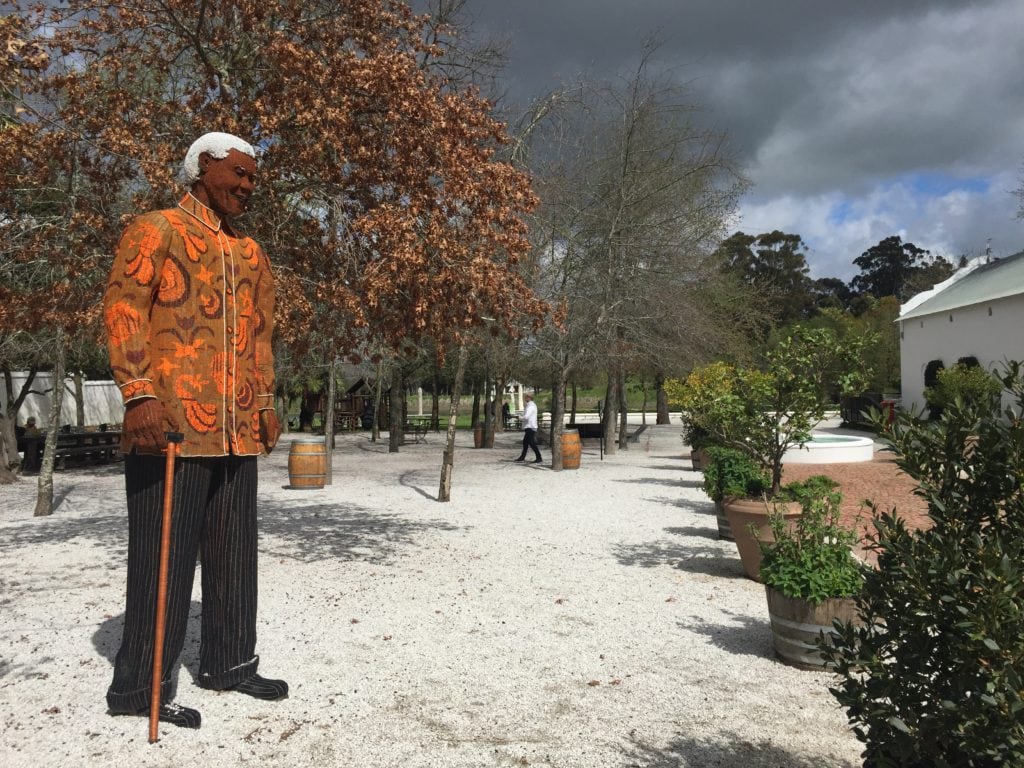