Home/Durbanville/Quantity over Quality at Durbanville Hills

Quantity over Quality at Durbanville Hills 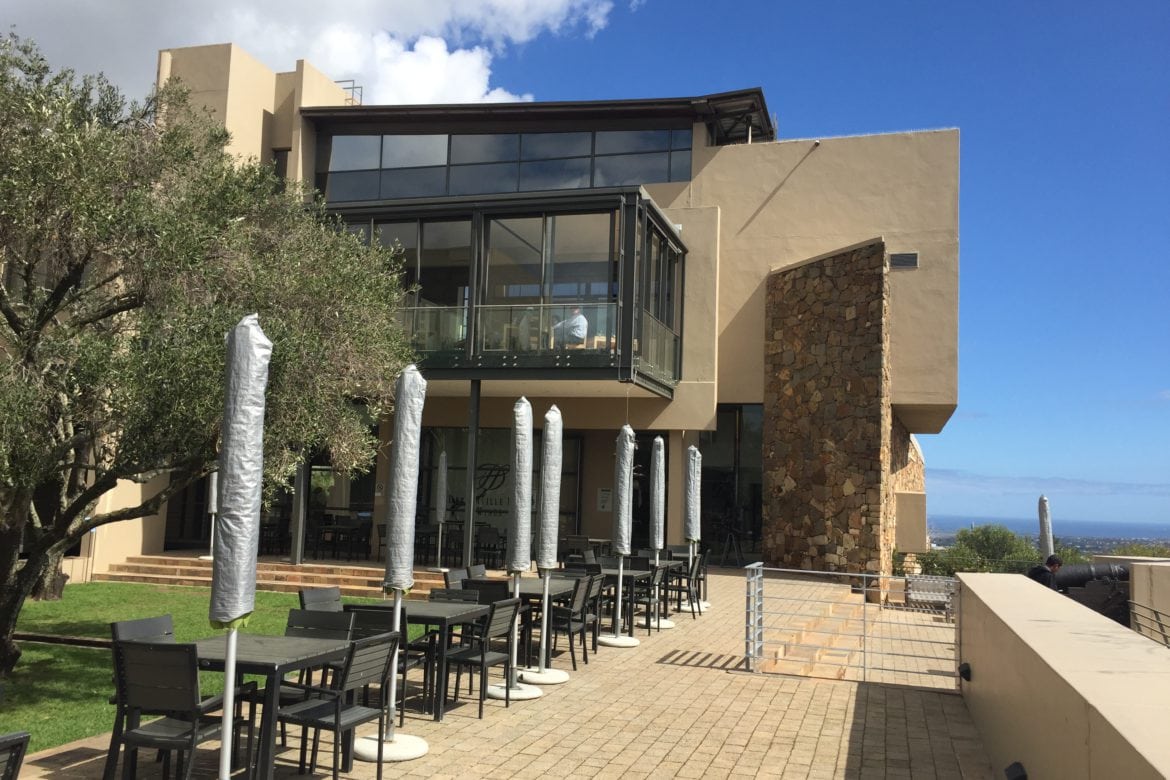 I almost missed the entrance to Durbanville Hills as I headed on the M13 West of Durbanville. The faded pale blue lettering on the drab concrete wall by the gate surprised by its shyness for such a popular tourist attraction. Fortunately, I had been previously albeit before forming the Cape Wine Lover’s Society in late-2016. I made my way to the open and bright Tasting Room that was functional and rather lacking in character. The view towards the West Coast and Robben Island through the letter-box window was nonetheless impressive. 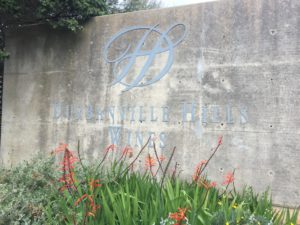 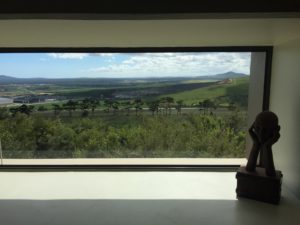 Serame was my tasting host – on the menu as my ‘Service Ambassador’ – and I opted for the R60 Crystal tasting which comprised 8 wines and souvenir glass. I chose wines from 3 ranges: the entry Durbanville Hills Range, mid-level Rhinofields Reserve Range, and premium Vineyard Selection Range. 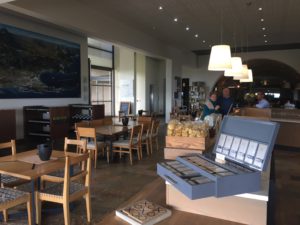 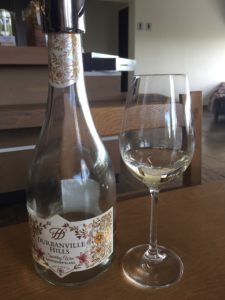 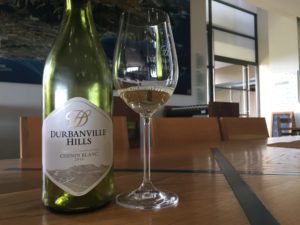 I began with the Sparkling Sauvignon Blanc and the unwooded Chenin Blanc from the Durbanville Hills Range. Both were pleasant enough, even if simple in complexity and lightweight in the mouth and finish. Herbaceous and lemon, lime and green fig aromas characterised the sparkling wine compared with the warmer tropical fruit salad Chenin Blanc. I preferred the Reserve Sauvignon Blanc to its entry cousin, even if only just. It was fruitier but still showing green melon and asparagus flavours, and had a better finish. In contrast, the Reserve Chardonnay was weak. Ten months maturation in 50% French oak showed from butterscotch aromas on the nose. These were imbalanced with the fruity apple aromas that gave off a hint of chemicals in the glass. 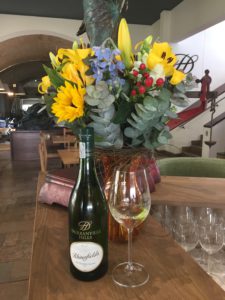 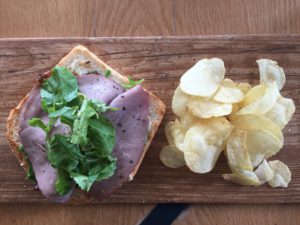 While waiting to taste the red wines, I ordered a roast beef sandwich – horseradish, rare roast beef and wild rocket with lemon drizzle for R65. I was not impressed. It was an open sandwich with hardly rare cold beef on a piece of dried toast. The lemon drizzle dominated any flavour of the rest of the ingredients. 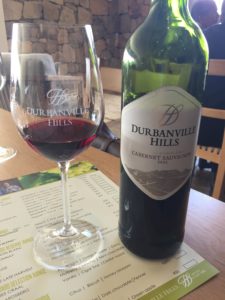 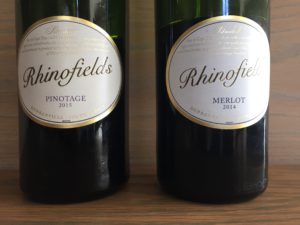 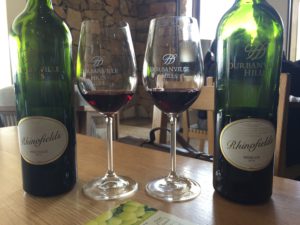 The red wines were much the same as the white wines. I liked most the entry Cabernet Sauvignon. Moderate red and dark berry fruits showed simple complexity. Dry tannins and fruit flavours balanced on the palate though were little pronounced. I picked out plumy banana with slight spice and shy red berry and redcurrant aromas for the Rhinofield Pinotage and Merlot, respectively. Bitter tannins came to the fore on the palate that overpowered the fruit flavours. 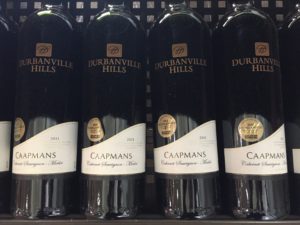 The final wine, the Caapmans Cabernet Sauvignon/Merlot blend from the Vineyard Selection range, was little better than the other wines at half and a quarter the price. Berry fruits were forwards on the nose but the complexity was so simple that I could not distinguish individual fruit aromas. Like the other red wines, grippy tannins were too overt and out of balance. Looking back at my tasting notes, this was a wine I did not even score. It was certainly not worth R280. I could, for example, have bought either a rounded, fruity, well-balanced 2008 single variety Cabernet Sauvignon or Merlot from High Constantia for less (R235). 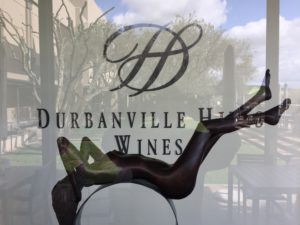 Durbanville Hills did not offer a good experience nor good wines. Serame was no ‘brand ambassador’. He was pleasant enough but knew no more than the standard wine flavour description. He was unable to answer any simple question about the wine, origin of the grapes, method of winemaking and so on. He disappeared at one stage of the tasting and I had to ask for service even though the Tasting Room was hardly busy during a weekday lunchtime. 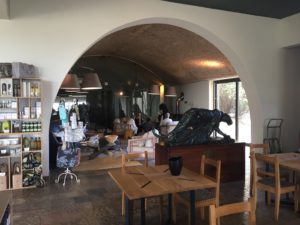 It amazes me that the tasting hosts at some wine farms know so little and offer so little. They are after all the showcase for their winery and its products. I learned so much after that would have been so interesting to have been told during the tasting. Did you know that the slogan of Durbanville Hills is ‘Wines shaped by the landscape’? Or that it was one of the first wineries in South Africa to recover, purify and re-use waste water – surely something to promote and be proud of in the current Cape drought? Or that Durbanville Hills uses grapes harvested from member farms that include Bleomendal, Hillcrest, Hooggelegen, Klein Roosboom, Maastricht, Morgenster and Ongegund together with, recently, De Grendel and Welbeloond? There is masses more information of interest that even simple research could reveal. 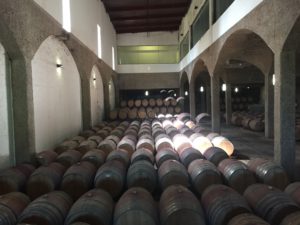 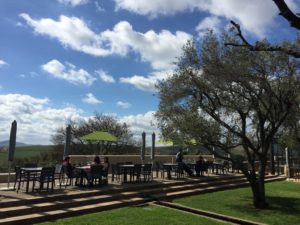 Needless to say, I left without buying any wine. It was not a good experience and the wines did not make up for it. 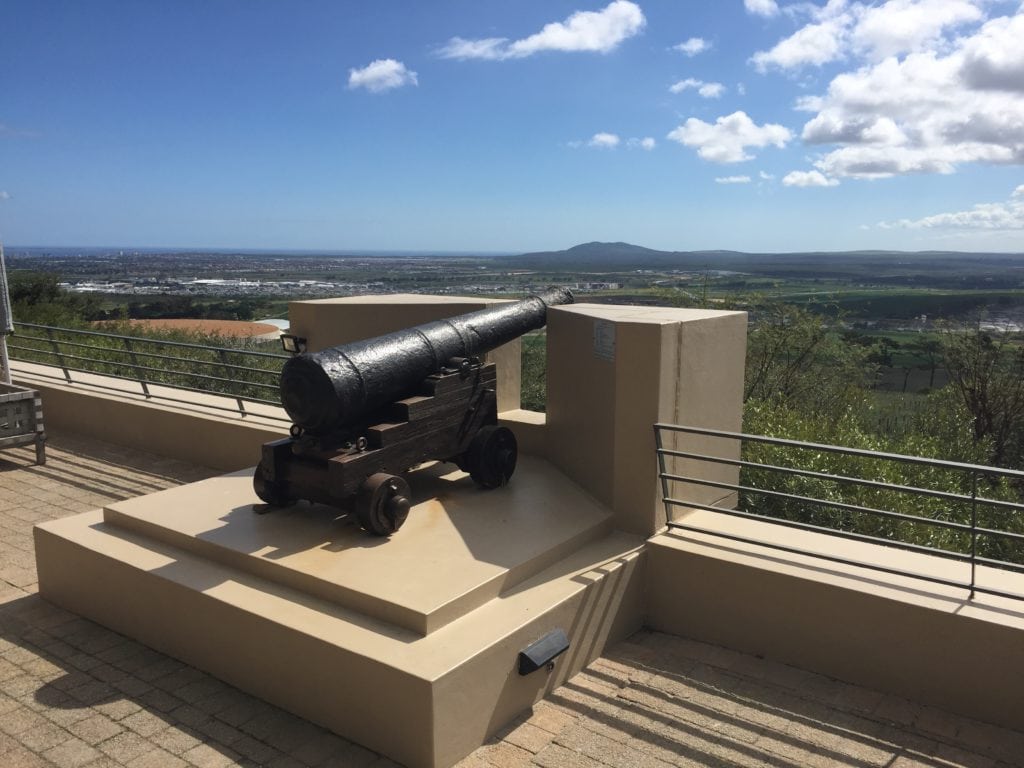