Cabernet Franc – Well Worth a Gamble! 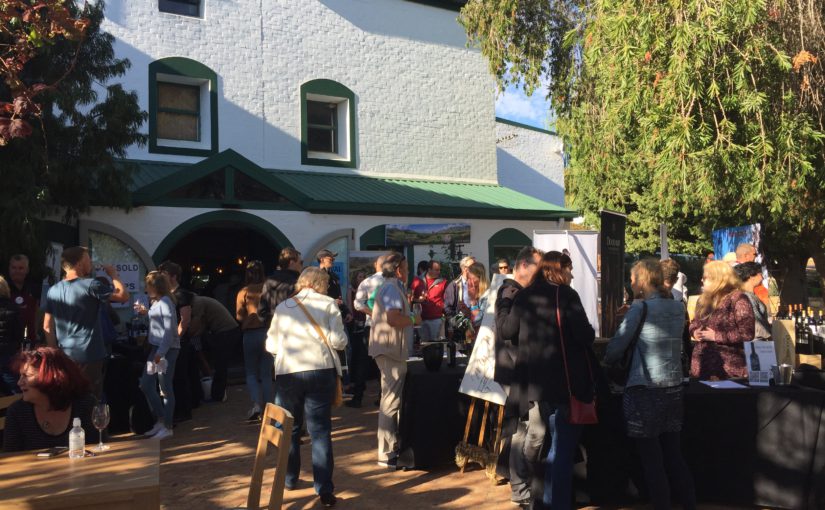 Look at a bottle of Heinz tomato ketchup and you will see the slogan “57 varieties” on the label. Henry J Heinz introduced the marketing slogan “57 Pickle varieties” in 1896. There’s debate about the origins of the branding: a billboard advertisement for a shoe store seen by Heinz from a train boasting ’21 styles’; ‘5’ was his lucky number, ‘7’ was his wife’s lucky number; or even the psychological influence of the number. Today, the term often refers to something composed of a mishmash of many parts.

You will be forgiven for thinking that you’ve stumbled into an article on food history and not a wine blog but …..did you know that there are 57 South African winemakers who are producing Cabernet Franc wines? I don’t mean using the varietal in a mishmash with others to compose a Bordeaux blend – as the cultivar is typically used – but single variety wines.

I was at Avontuur Estate for the third, annual Cabernet Franc Carnival. It was not my first visit to Avontuur. Indeed, the one bottle of wine I bought when I last visited was a Cabernet Franc. I have also tasted and enjoyed at High Constantia Wine Cellar and at Glenelly Estate. I have even tasted a Cabernet Franc rosé, from Delaire Graff, but there were red wines only today. Cabernet Franc is one of my favourite wine cultivars.

These 3 estates were not at the Cabernet Franc Carnival today. Twenty-one other producers were. I sampled no fewer than 34 different wines from them, the full number available for tasting. There was a veritable feast of wines at the Carnival, an A to Z of Cabernet Franc vineyards: from Avontuur to Zorgvliet!

The range of wines, mostly single variety, was the real strength of the event. There were Cabernets Franc for all tastes and all budgets. Prices began at R95 a bottle and ranged up to a dizzying R1000 a bottle. There were cool climate Cabernets Franc from the Elgin and Hemel-en-Aarde Valleys; others from Stellenbosch and Franschhoek; from Limietberg and Paarl; from Darling and to warmer Wellington too.

Cabernet Franc grapes have thinner skins with lower tannins, which contribute to the lighter red colour, lower acidity and lower tannin than Cabernet Sauvignon. It therefore has lower ageing potential and most are best enjoyed in less than 5 years. It is currently grown in under 1% of the vineyard area in South Africa.

The ticket price for the Carnival was R200 (tasting glass included) which is comparable with the other wine festivals I have been to this year: Franschhoek Summer Wines, the Stellenbosch Wine Festival, and the Pinotage & Biltong Festival. The entry fee included a R50 food coupon that made it better value for money though still on the dear side. I used my coupon to buy a Belgian Waffle from the ‘Wicked Waffle’ food truck. It was an easy choice to make as there were very few vendors in the ‘Food Court’, selling wood-fired pizzas, pregos, and boerie rolls. I would have liked to have seen more but there was always the restaurant at Avontuur (pre-booking advisable) for more substantial fare.

There was the option too, for an additional R75, for tutored tasting of the top 6 wines of the 2017 Cabernet Franc Challenge (2 of which are sold out and available only at this tasting). I decided against buying as the R200 entry fee was costly enough.

The accompanying leaflet listed the visiting producers. Rate all 21 of their leading wines out of 10 and there was a chance of 1st Prize of 18 bottles of Cabernet Franc (12 and 6 bottles for 2nd Prize and 3rd Prize, respectively). I rated all 34 wines from the 21 vineyards so I am hopeful of a prize ….

I won’t describe and rate all the wines (I rated from 5 to 9) but instead pick out some highlights. I have already mentioned the wide range of vineyards and their origins. This gave me the opportunity, rarely experienced before, to try to pick out the cool climate from the warmer climate Cabernets Franc. I found myself tasting without looking to see the wine Region the vineyard came from (easy as most were new to me) and then to try to identify the Wine District or even Ward.

Added to this were the interesting stylistic variations of the winemaker. My style preference has been maturing as I taste more wines of different cultivars and from differing Regions. I certainly like subtle, fruity, elegant spicy wines more. Quality varied, as did price, and the lack of structure – a frequent weakness of the Cabernet Franc variety – was notable in some of the low end wines.

Several exhibitors offered more than one wine and frequently of different vintages – Avontuur, Knorhoek, My Wyn, Nelson, Ormonde, Spookfontein, Whalehaven and Zorgvliet to name a few. This gave me a most welcome, albeit rare, chance of ‘vertical’ tasting. Except for the 2008/2013/2014 wines from Nelson Estate, the differences were not always great but nonetheless noticeable.

I often say about wine that `the more one knows, the less one knows’ and today was no exception. I have just started to enjoy and understand ‘vertical’ tasting – think Sauvignons Blanc from Diemersdal Estate and Elgin Ridge Organic Wines – but Rainbow’s End Estate threw in a wine curved ball. They offered two 2015 wines for tasting that were made identically. The only difference between them was the Cabernet Franc clone used.

A clone is a vine variety selected for specific qualities which result from natural mutations. Cuttings are taken from the original ‘mother’ vine that exhibit qualities such as disease resistance, desired cluster size, taste, smell etc. A single vineyard might plant a single clone on a single site or plant clones in separate parcels.

The Estate wine from Rainbow’s End is made from Cabernet Franc clone numbers 1 and 214. These are especially suited to South Africa, being high-yielding, warm performance, with dark fruit flavours, tannin structure and less green, herbal flavours. The Limited Release (clone 312) is a generic French clone, also with high yields but later maturing. The two wines did not taste the same. I noted that the first (Estate) had more pronounced black fruit flavours, whereas the second (Limited Release) showed a more purple in colour, medium-body and more rounded tannin in structure and character. I bought a bottle of each and shall certainly include at a future Society tasting evening.

The Cabernet Franc Carnival has the same organisers and promoters as the Pinotage and Biltong Festival I attended a few weeks ago. My experience of these 2 single variety events was very different. The Pinotage Festival showcased the grape in many styles – sparkling, white, rosé, single variety, blended and dessert – whereas today nearly all the wines were single variety and with very few blends. I sensed the Cabernet Franc Carnival was more for the enthusiast or aficionado than casual drinker and this showed in the higher quality of the wines today. I liked the ‘vertical’ tastings that many vineyards offered.

Avontuur provided an intimate setting with ample shade (but also extra space on the gently sloping lawns) that was more suited to the restricted number of participants. There was no live music, as at L’Avenir, and a retrained atmosphere. The exhibitor stalls were closely packed in front of the Restaurant and Tasting Room but it was not cramped and I was able to move between stalls freely.

It was once said that every time Heinz brought out a new product one was removed to maintain the number at 57. The company now manufacturers and sells more than 5000 items. I can’t see the number of South African vineyards who sell Cabernet Franc wine remaining at 57 either, as owners diversify with additional cultivars and offer small batches of single variety wines from the rare grape varieties. As I read in one article, “Cabernet Franc is a grape that has gone from workhorse to show pony”. Now that is reason alone to hold the Cabernet Franc Carnival at the horsey, Avontuur Estate. 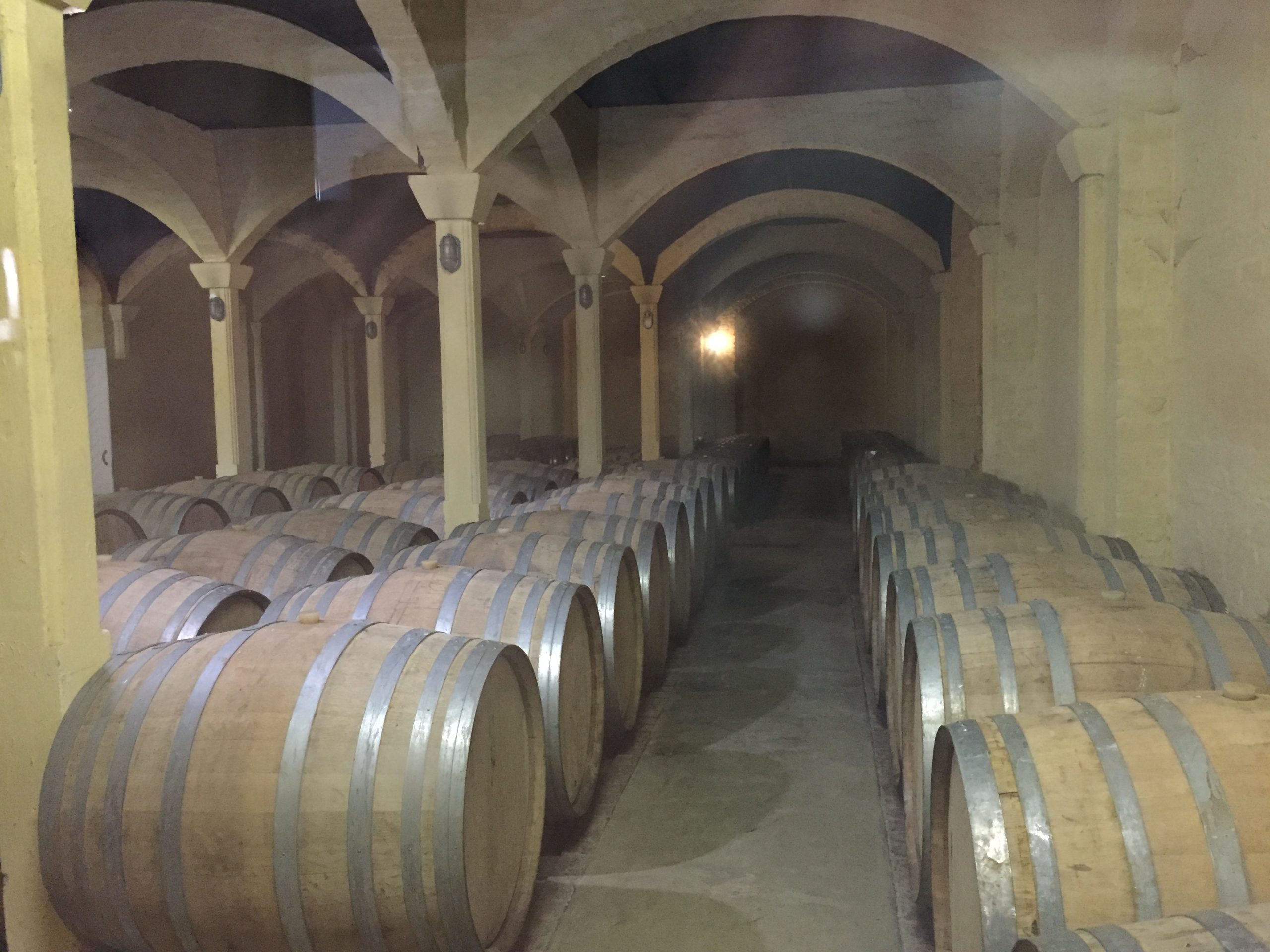 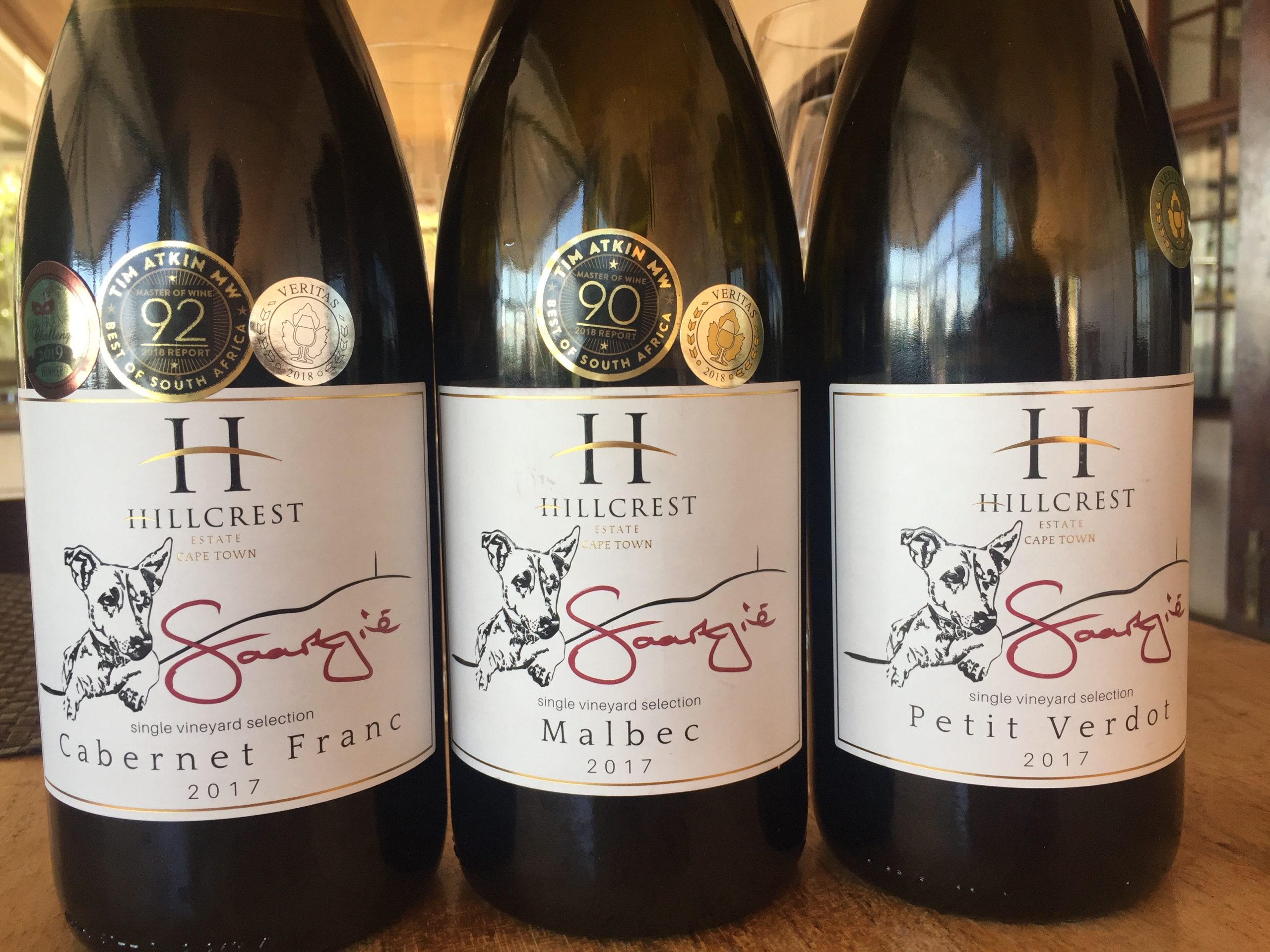 No Blues at Hillcrest