Home/Experience 5.0/Hard Graft without Grafts at Abingdon Wines – No Hail to the Monkeys 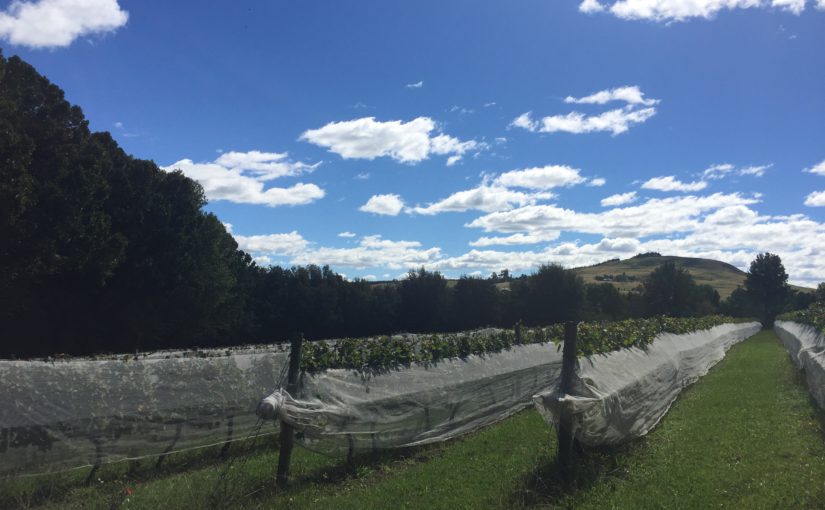 I am still smiling. Four days later, I am still smiling. I was in Durban for the long Easter weekend and the chance to visit some different vineyards was too good to miss. Three were listed on Google: Highgate Wine Estate, Cathedral Peak Wines and Abingdon Wine Estate. Cathedral Peak was more than 3 hours drive from Durban – too far to taste just 3 wines – and Highgate never replied to my emails. 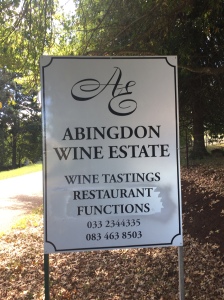 A visit Abingdon Wines was the obvious option. Moreover, the estate was open on Easter Monday and also little over 100km and an hours’ driving from Durban. My excitement grew as I left the N3 and soon joined the gravel road to the vineyard. The Midlands is certainly glorious countryside – my first time there – and vaguely reminiscent of my native England. The greenness was stunning and a sharp contrast from the burnt brown Cape Town landscape and surrounds. 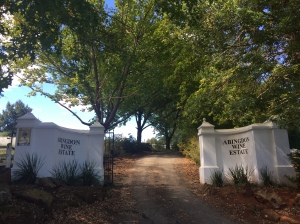 The white painted entrance – complete with classic lettering – was well sign-posted as I entered the leafy driveway in dappled shade. I felt warmly invited and drawn into the estate. I was immediately struck by electric game-fencing around the vines and by white netting on the rows of plants. Unique is a demanding and overused adjective but, as I was to learn later, Abingdon is certainly a unique vineyard. 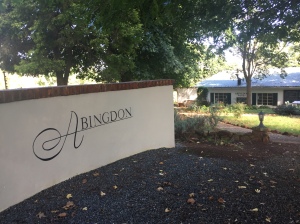 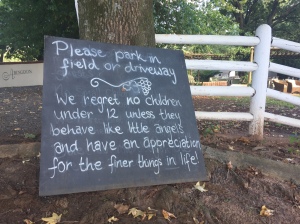 A warm fire greeted me in the subtly lit dining room that led to the bar for tasting. Ian greeted me from behind the bar that was decorated with wine bottles from throughout South Africa and the World. There was an instant connection when I saw the logo on his shirt. I didn’t have to read the lettering as I identified it as the shield of Durham University, England, my alma mater. Conversation flowed easily as I found out that Ian and his family had studied there (the shirt was left behind following a hockey tour to South Africa), to Hatfield and Grey colleges but not mine (University College, colloquially known as ‘Castle’ as student accommodation is in the Norman keep). 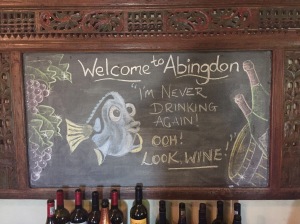 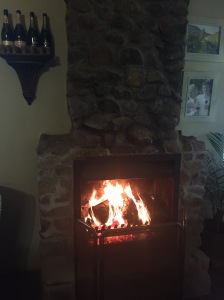 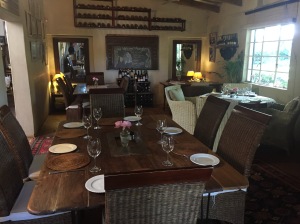 Ian set up glasses for tasting as we chatted more. His story is fascinating and utterly reaffirmed my passion for small vineyards and their owners. The story of the owner is often just as interesting as their vineyard. Ian left a career in the oil industry and bought the farm in 2000. It was grassland at the time and he had no knowledge or experience in growing vines. None. Moreover, there was no other vineyard in Kwa-Zula Natal from which to learn. His first priority was to learn viticulture and he avidly read all he could. 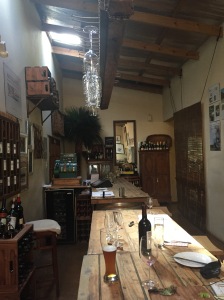 The first vines were planted in 2003 as Ian, assisted by his wife, Jane, ploughed the fields with an old tractor. The estate is situated at a heady 1140m metres above sea level on cool slopes. The summer rainfall and good drainage afforded by the Clovelly and Griffon soils, accompanied by winter temperatures that fall well below freezing (as much as minus 10-12ºC at night), presents very different challenges to those in the Western Cape. 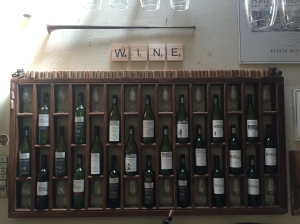 This unique terroir is more comparable to the Old World and Abingdon wines have a French character. The weather presents other unique challenges, namely hail, which can decimate a complete crop within hours. This was the reason for the white netting, presently tied back following harvest. The hail netting covers the vines for most of the year to protect the developing buds and grapes. Intriguingly, hail netting is not allowed in France even though hail is a major hazard. Barely 1 year ago in late May 2016, for example, a catastrophic hail storm destroyed more than 400 hectares of vines in the Chablis and Champagne regions leading to losses of up to 80% of the harvest. 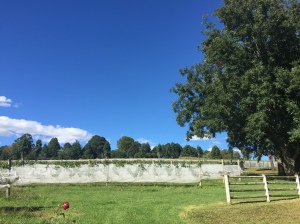 Abingdon grows some 6,500 Sauvignon Blanc, Chardonnay, Viognier, Syrah, Cabernet Sauvignon and Nebbiolo plants on the 3 hectares under vine. I listened with intent as Ian told me how he gained knowledge, with considerable advice and practical support from wine growers in the Western Cape. He uses, for example, 8th and 9th fill oak barrels from Klein Constantia, previously used to mature Vin de Constance. 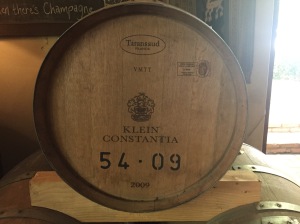 Another unique feature of the estate is that the vines are not grafted. This is essential elsewhere in South Africa in response to devastating phylloxera outbreaks in the 1800s. Quite simply, phylloxera never reached KZN as there were no grapes for it to infest. Ian nonetheless watched cuttings for 8 years to be sure there was no infestation in non-grafted plants. 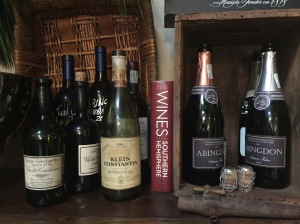 I learned too of the importance of correct pruning, a task that Ian and Jane do with little or no help such is Ian’s personal attention to detail. The first self-rooted Nebbiolo vines produced as little as 12 bottles a year. These were vertically pruned. Ian could not understand early on the lack of yield, at least not until he was told that the first 3 buds are infertile. A switch to guyot (or cane-pruning) which has spurs from which buds can grow into shoots to produce yields in the following season, made all the difference with a 4 to 5-fold increase in crop. 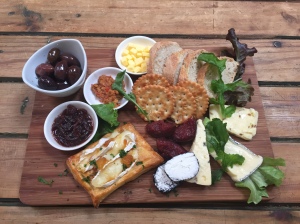 I ordered the cheese platter before tasting. It was as sumptuous as it was tasty and Jane explained that all the cheeses and pickles came from within 2km of the estate. 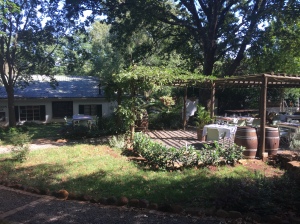 The hard graft has made Abingdon wines the amazing estate it is today. Ian also told me that he moved 1,000 Chardonnay plants 100m up a slope so they had more sun. How crazy is that?! Even more so, I learned, was that the electric fencing is needed to keep vervet monkeys away from the vines. That is something I have never heard of and another unique characteristic of Abingdon and of Ian’s determination and ingenuity to overcome any obstacle. 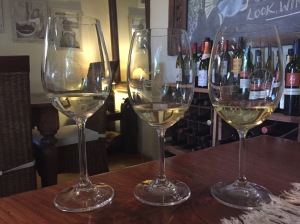 Oh, and after all this chat, what about the wines? Four wines were available for tasting from the Abingdon range. First was a Sauvignon Blanc that was cold fermented in stainless steel tanks and spent 10 months on the lees. It was pale straw in colour, watery in appearance and had obvious Sauvignon Blanc grassy and herbaceous characteristics. In style though it was much more Sancerre-like and without any defined citrus aromas and notes. 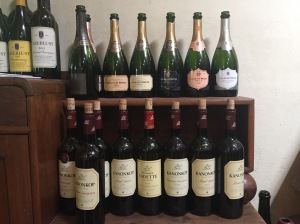 The second white was my favourite. It was a blend of Viognier and Chardonnay and full of aromatic notes of white peach, lichee and white plum that carried though to the palate and a firm finish. Meanwhile, Ian told how he prices his wines so they sell out 6 months after release. The sparkling 2014 Abingdon Savoir Faire unfortunately was not available for tasting. This is hand-made using the Champagne method. Ian had a struggle to promote it as Méthode Traditionelle. The declaration ‘MCC’ is hardly suitable for a wine made in KZN and not the Western Cape. 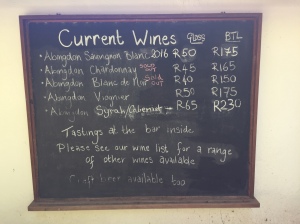 Ian’s daughter, Laurie, came into the bar as Ian poured the third white, a Viognier. Wine expertise and passion clearly runs in the Smorthwaite family as Laurie is one of only 2 WSET Wine Masters in South Africa. She has the distinction of achieving the highest mark among more than 800 students in the Champagne module exam and was selected for a scholarship to learn about Cava in Spain. The Viognier was a deeper straw colour than the Sauvignon Blanc and the VC Blend. It had refreshing peach, apricot and melon notes – less floral than those I had tasted closer to home – and a crisp off-dry palate. 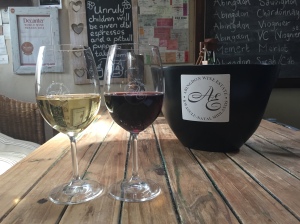 Last for tasting was a second blend, between Syrah and Cabernet Sauvignon. I was too busy chatting to make detailed tasting notes but I liked the fruity plum and red-to-dark cherry flavours accompanied by light pepper spice. The name on the bottle -`Averse de Grêle’ – told the story of its origin. The name is French for ‘storm of hail’ that, on 19 March 2015, destroyed a vast amount of the crop. Only 900 bottles were able to be made. This was another ‘must buy’ bottle. Ian blends only when he has to – in this case for volume – and most often in wet years, primarily to offer wines of quality. He would rather create wines of quality in which each vintage is distinct than for consistency alone. 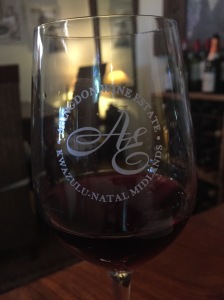 Whilst on the subject of quality (which Ian is fiercely committed to), and as I savoured the rest of my red wine, our conversation lingered on wine judging and competitions. My thoughts on quality and reputations, on ‘blind’ and ‘open’ judging and on awards and competitions – of which I shall write in more detail later – were echoed. Perception is apparent in all. Few know that wine is made in KZN and fewer still give it a chance or believe it to be of quality. 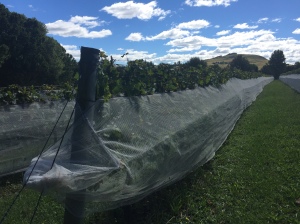 I wrote at the start that I was still smiling. The visit – indeed the experience – of Abingdon Wines was memorable and will last for a long time. I am grateful to Ian for his time and insight into this amazing project that is bearing fruit – quite literally – after all the effort and hard graft, over many years, to make the estate as intriguing and unique as it has become. I wonder when it is next going to hail in Cape Town so I can open the bottle of `Averse de Grêle’ … 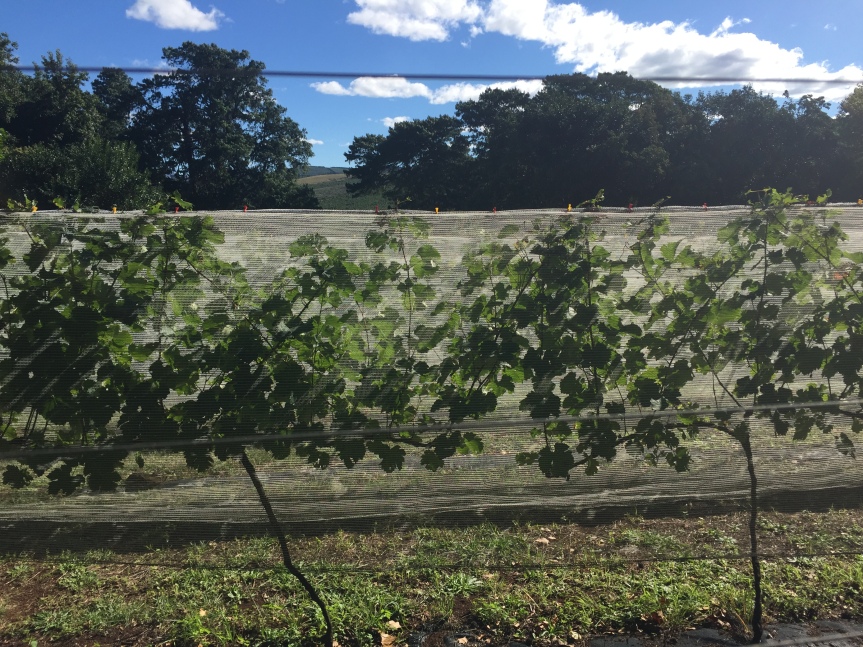