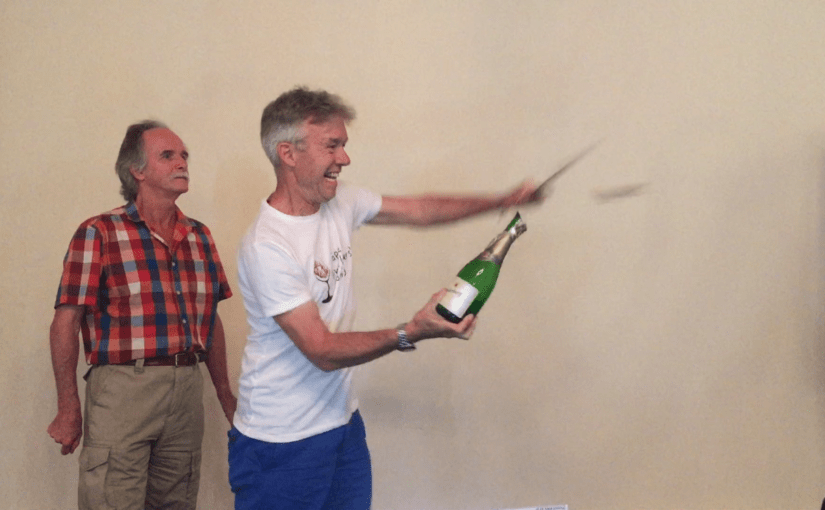 “It’s sweeties and sparklies”, says Monty Friendship in his inimitable, cheeky style to start the third and final day of the Certificate Course at the Cape Wine Academy. Monty turns learning into fun. He had taught me before during the introductory South African Wine Course.

I did wonder why ‘sweeties’ were before and not after ‘sparklies’ but I guess sherries at least are drunk as aperitifs. Monty regaled tales of ancient mariners who discovered wines from Madeira that were fortified and survived the long sea passages. I learned too how in 1773 John Woodhouse sailed into Marsa Ala in Sicily to take shelter from a storm and tasted wine from the Grillo grape. The names were later combined to Marsala. These wines are much less common than 30 years ago but I remember them from my years in England and a holiday to Madeira.

Twenty minutes had passed and I searched for mention of either in our course notes but there was none. Nonetheless, Monty had the class royally amused with his immense knowledge and actions to explain and entertain. Sherry and Port are better known. The names of both are derived from their places of origin: Sherry from Jerez in Southern Spain; and Port from Oporto in Portugal.

European legislation prohibits use of the names of sherry and port on bottle labels for South African export wines. Consequently, they are being used less often. Monty told how sherry was made using the ‘solera’ method. This is where young base wine is added to barrels at the top of a pyramid with wine added to each barrel layer as the finished product is drawn off from barrels on the bottom row. The barrels are never emptied and so, theoretically at least, some sherry in a bottle could be over 100 years old. We tasted the different styles of sherry: fino (dry) and amontillado (medium dry). I didn’t mind missing out on Sedgwick’s Old Brown oloroso (full cream).

Port, or rather Cape Ruby, Cape Tawny, Late Bottle Vintage or Cape Vintage to overcome EU name legislation, is matured for different periods to give each their distinctive character. The detail of knowledge was overwhelming for wines that one occasionally drinks and rarely buys. I have tasted (and bought) some during my tasting visits to wine estates. However, many tastings do not include ports and dessert wines even if they are produced. Fortunately, at Certificate level, ports are not included in the blind tasting exam.

We tasted a sample of the ports before moving onto some of my favourite dessert wines: muscat, late harvest and natural sweet wines. The range and styles again are many. Muscat wines include Muscadel, Hanepoot and Jerepigo. I have tasted all before and we tasted some under Monty’s guidance. Sadly, the legendary Vin de Constance was not for tasting!

The last part of the lecture before the coffee break was a blur. Late Harvest, Special Late Harvest, Noble Late Harvest, Natural Sweet, ‘Straw’ and ‘Ice’ wines each have their own production methods and characteristics. I am more familiar with the typical French description by region – Sauternes, Barsac etc – but never before really considered the intricacies of how they were made. I knew of ‘noble rot’ and botrytis cinerarea too. A little learning, as they say, is a dangerous thing and the course notes are full of technical detail that I must learn. The mini tasting reaffirmed my love of these sweet specialist wines.

The highlight of the day, indeed of the course, was the final lecture on sparkling wines. Monty was again in his element as he made learning fun. I learned that MCC is defined as being wine that undergoes “secondary fermentation in the bottle in which it is sold”. I heard about the different bottle pressures: 6 atm for MCC, > 3 atm for sparkling wines, and < 3 > 0.75 atm for semi-sparkling. Between the technical details, Monty told tales of origin of the ‘punt’ in the bottle base, the story behind the coupe-shaped glass, why some American wine producers can still use the word ‘champagne’ even though the term is strictly limited to wines grown in the Champagne region in France, and how some glass manufacturers (Riedel) microscopically roughen the centre base of their champagne glasses to aid the stream of fine rising bubbles.

Understandably, given the origins, there were many French terms when it came to MCC and sparkling wine production: ‘Méthode Cap Classique’, ‘cuvée’, ‘liquer de tirage’, ‘dosage’, and ‘disgorgement’. Though familiar with champagne/MCC production, I struggled to take in the intricacies of the Transfer Method and ‘Cuvée Close’. It was towards the end of the course and my ability to take in more detail was limited. I have the excellent course notes to fall back on to prepare for the theory exam.

I knew how to open a bottle of MCC (by turning the bottle and not the cork) but not that the wire cage covering the cork is called a ‘muselet’. Further, I did not know that the wire has exactly five-and-a-half twists. Count them when you next open a bottle!

(Monty video to be added here)

The ‘piece de resistance’ was Monty’s demonstration of ‘sabrage’, the party trick of opening the bottle with a sabre or large knife. I was super-keen to try. It looked easy when Monty explained the technique. I was first up to try. My excitement and lack of concentration led to me not using enough force with the sweeping movement of the sabre. I succeeded only in fracturing a small part of the glass at the neck of the bottle. Two more times and more glass shattered but the cork stubbornly remained! Others succeeded after me as bottles were opened for tasting examples of Brut and Semi-Sec MCC as well as Cuvée.

I was crestfallen but did not want to take the turn of someone who had not had the chance to try sabrage. With class support, Monty generously allowed me a second chance. The pressure (pun intended) was really on. What if I could not do it again? One large sweep of the sabre and the cork flew out with some of the bottle glass still attached to it. Phew! My day was done.

The Certificate Course ended. I thoroughly enjoyed the learning and the tutored tasting. The standard of the Cape Wine Academy instructors, all very different in their manner and approach, was very high. As I left to go to the Annual Harvest Festival at Ambeloui vineyard, coincidentally an MCC specialist, for more tasting I realised that the Certificate Course really had only started. There were the exams ahead in June and much more learning to be continued after …

Wines tasted: (to be confirmed) 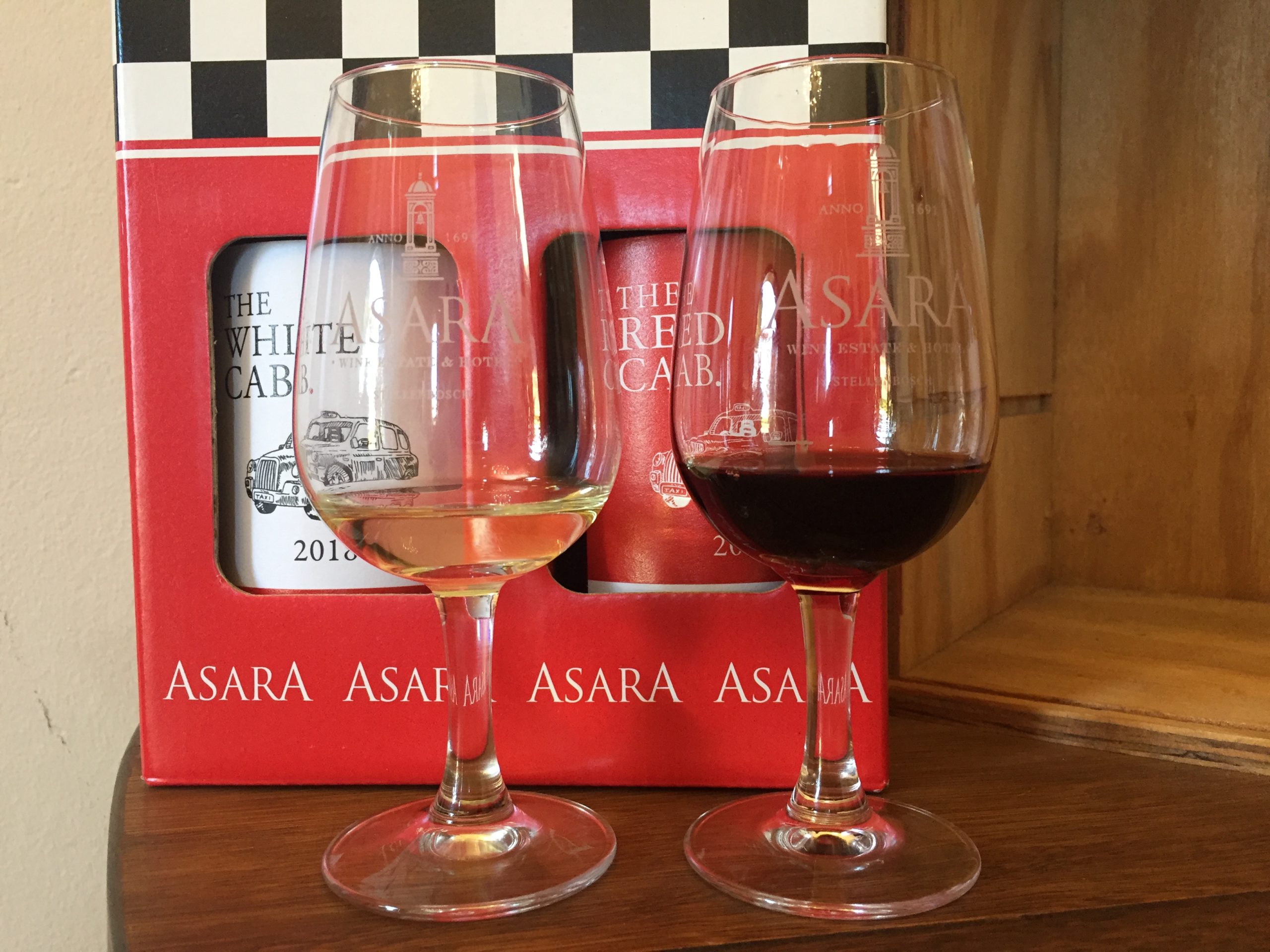 Red and White Cab – and So Much More – at Asara